Air pollution is a major driver of crime in big cities.

That’s the claim of researchers who looked at connections between crime and air quality in London.

Researchers found that high levels of air pollution increase the rate of minor offences such as shop lifting and pick-pocketing.

However, air pollution does not seem to have a significant impact on the most serious crimes – such as murder, assault causing severe bodily harm and rape.

Researchers say crime may increase when smog levels are high because toxic air can increase the levels of stress hormone cortisol in the body.

The research has implications for other major cities, such as Chicago and New York, which also suffer from high levels of pollution and crime, researchers say. 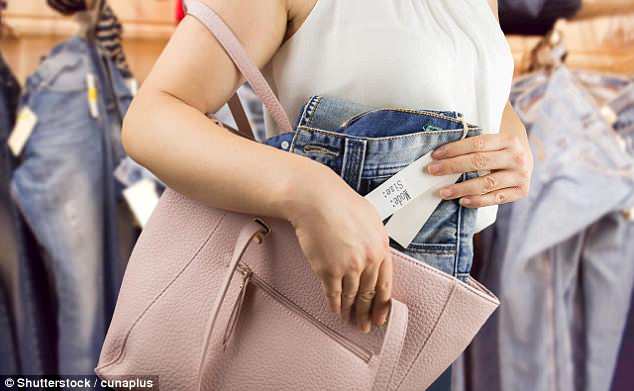 Air pollution is a major driver of crime in big cities, suggests a new study that examined connections between offending and air quality in London. This was found to be particularly true of lower level offences, such as shop lifting and pickpocketing 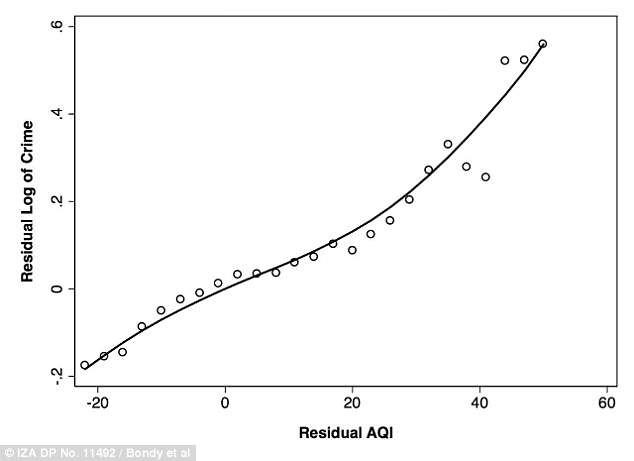 Researchers from the London School of Economics and Political Science found that a ten point rise of the Air Quality Index score, correlated with an increase in the crime rate of 0.9 per cent. The research has implications for other major cities, such as Chicago and New York

Experts from the London School of Economics and Political Science found that a ten point rise of the air pollution measure, the Air Quality Index (AQI), correlated with an increase in the crime rate of 0.9 per cent.

This means that the crime rate in London is 8.4 per cent higher on the most polluted day, with an AQI of 103.6, compared to the days with the lowest level of pollution, an AQI of 9.3.

An AQI of over 35, which happens in one out of four days on average, leads to 2.8 per cent more crimes – equivalent to a nine per cent reduction in policing, researchers say.

Dr Sefi Roth, assistant professor of environmental economics and co-author of the paper, said: ‘Our research suggests that reducing air pollution in urban areas could be a cost effective way to reduce crime, in addition to the health benefits it would bring.

‘We did not find that London’s ongoing spate of knife crime would be affected by improved air quality.

‘However, if the number of less serious crimes could be reduced, the police could potentially be freed up to allocate more resources to these types of very serious incidents.

‘The effect of air pollution on crime occurs at levels which are well below current regulatory standards in the UK and the US which suggests that it could be beneficial to lower these existing guidelines.’ 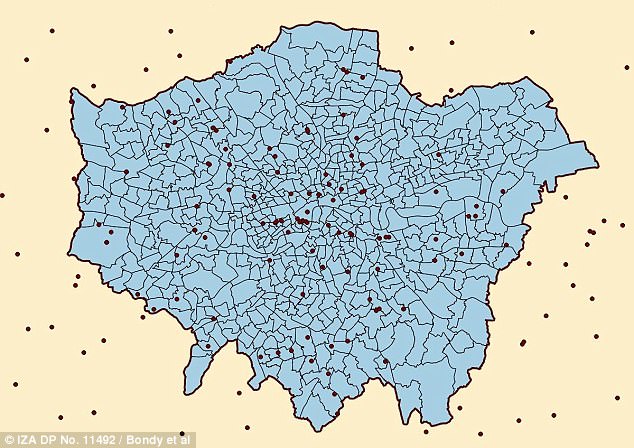 London’s wealthiest neighbourhoods, which are also its most polluted, were most heavily affected by the link.

The poorest neighbourhoods, although less polluted, were also affected, which scientists say suggests that those that live in them are more sensitive to poor air quality.

A similar sensitivity to poor air quality on health has already been established by other research.

Researchers looked at 1.8 million crimes over two years and compared them with pollution data within boroughs and wards over time, to ensure like was compared with like.

WHAT IS THE AIR QUALITY INDEX?

The Air Quality Index (AQI) is a measure used by environmental agencies and other public bodies around the world to measure how clean the air is.

The lower the index is, the better the quality of the air.

The AQI provides a number which is easy to compare between different pollutants, locations, and time periods.

Exactly how this score is categorised varies from country to country, but each category in the AQI corresponds to a different level of health risk.

The daily results of the index are used to convey to the public an estimate of air pollution level. 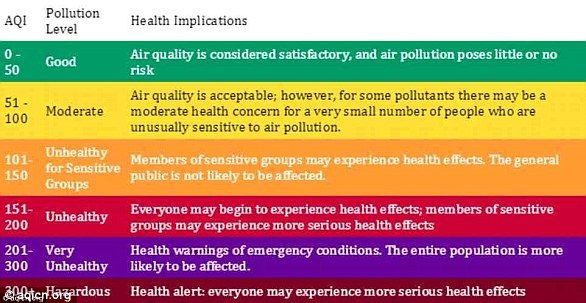 The AQI provides a number which is easy to compare between different pollutants, locations, and time periods. Exactly how this score is categorised varies from country to country, but each category in the AQI corresponds to a different level of health risk

The AQI centres on the health effects that may be experienced within a few days or hours after breathing polluted air.

Particulate matter and ozone pollutants pose the highest risks to human health and the environment.

For each of these air pollutant categories, different countries have their own established air quality indices in relation to other nationally set air quality standards for public health protection.

Their findings took account of factors such as temperature, humidity and rainfall, days of the week and different seasons.

The researchers also used wind direction, which blows pollution in and out of areas randomly, as a ‘natural experiment’ to exclude any other factor from being the cause of the link they observed between crime and air pollution.

The researchers suggest their findings may be linked to the increases in the stress hormone cortisol, which can occur in people exposed to higher levels of pollution.

However, not everyone is ready to take the research at face value.

Professor Kevin McConway, emeritus professor of applied statistics at The Open University, said: ‘This is an interesting paper, but there are several points to bear in mind. 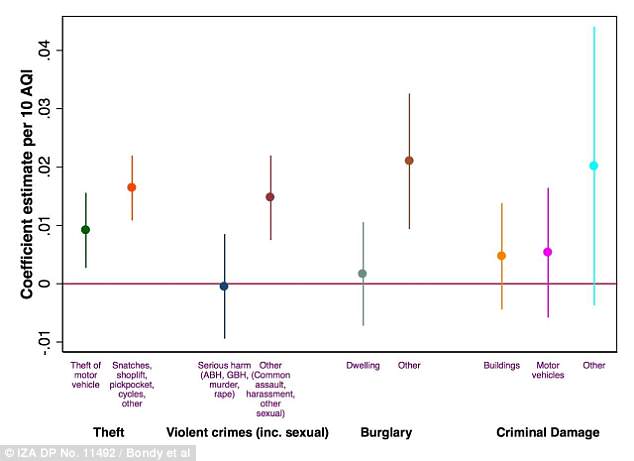 Air pollution was not found to have a significant impact on the most serious crimes – such as murder, assault causing severe bodily harm and rape (falling on or near the purple line)

‘First, the researchers’ suggestion that reducing air pollution could reduce crime makes sense only if the increased crime rate that they observed at time of high pollution is actually caused by the pollution.

‘The observational design of the study makes it impossible to be sure about that.  Maybe there is some other factor that causes air pollution to be high on some days, and completely independently causes the crime rate to increase.

‘If that’s the case, then reducing the pollution would have no effect on crime.

‘Another point to make is that this is a paper in a discussion paper series, published by an institute with which the authors are associated, and I believe it has not yet been subject to scientific peer review.

‘A proper peer review, which would go much further into the details than I have had time to do, might or might not find more serious issues with these research findings.’

The full findings of the study were published by the Institute of Labor Economics.