Alien visitors are here: How rogue comets from another system can contain ‘alien material’

Alien space rocks zipping around the Sun were likely plucked from a rogue star passing our system 4.5 billion years ago. Scientists at the University of Zurich in Switzerland have proposed such “close encounters” can have a profound effect on solar systems. In October 2017, astronomers were alerted to the presence of an unexpected asteroid hurtling through our system. The space rock, Asteroid Oumuamua, immediately caught the attention of the scientific community because of its likely interstellar status.

Scientists have wildly speculated where the asteroid came from, with some going as far as to say Oumuamua was an alien spacecraft.

Now, researchers at Zurich have used powerful computer simulations to explain how such alien objects are produced outside of our solar system.

According to the researchers, when multiple young stars are born together in a cluster, they produce all sorts of comets, asteroids and planets, which can then fly off into other systems.

And Tom Hands, who led the study with the National Centre for Competence in Research (NCCR) PlanetS, argued our own Sun was likely born in a similar environment. 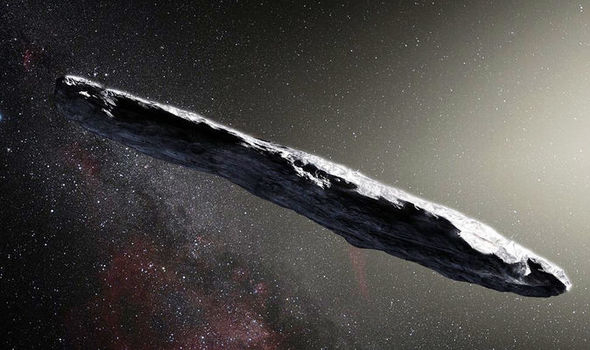 He said: “Coming in close contact with other stars can have a profound effect on these planetary systems.”

Computer simulations show alien comets and asteroids created in this process should be frequent all throughout the galaxy.

And if these interstellar objects are changing hands, from star to star, there is a chance “alien material” is now circling our Sun somewhere out there on a comet.

Unfortunately, Mr Hands, who is a post-doctoral research assistant at Zurich, said most likely the alien material is not very abundant.

He said: “Even if alien material is really there, there likely isn’t much of it.

If alien material is really there, there likely isn’t much of it

“But we might be able to detect it based on the strange orbits this stuff could be on.”

So how exactly do these alien objects find their way into our solar system?

Stars like our Sun, each have a so-called ring of planetesimals, which are rocky rings of planet-building material on the edges of the system – ours is the Kuiper belt. 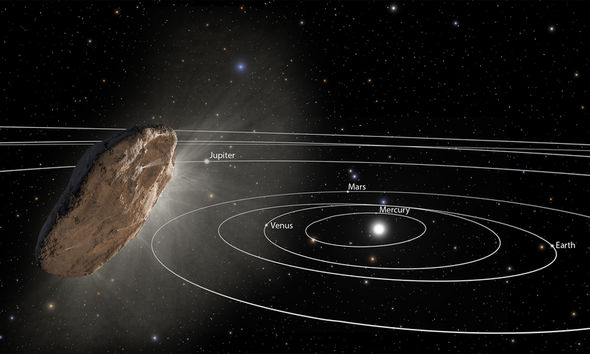 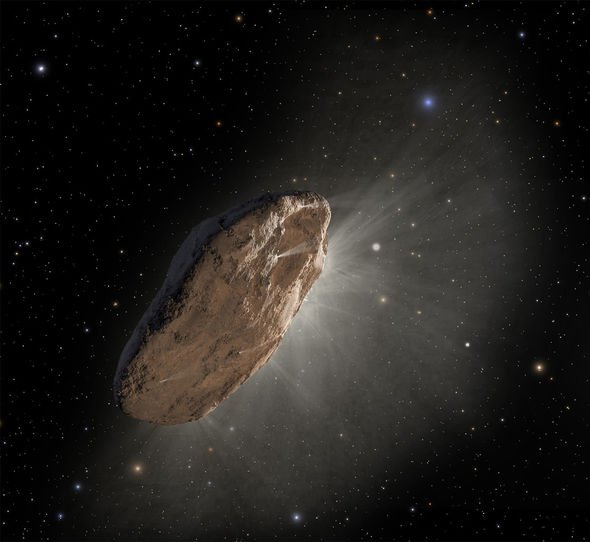 When stars in a cluster approach one another, the rocky rings are somewhat destabilised by the gravitational effects of the visiting star.

Dr Hands said: “This causes a bunch of planetesimals to be ejected, flying away to become things like Oumuamua.

“I was surprised by the number of Oumuamua-like free-floating objects that can be generated in an environment like this on a relatively short time-scale.”

The alien comet study was published in the journal Monthly Notices of the Royal Astronomical Society.