Alphabet invests in scooter firm criticized as a ‘plague on cities’

Lime had already received a hefty amount from Google Ventures, and Financial Times reports that Alphabet contributed around the same amount – though the exact figures from each have not been revealed.

However, critics of the system, and the several similar firms, have said the electric scooters are ‘a nightmare’. 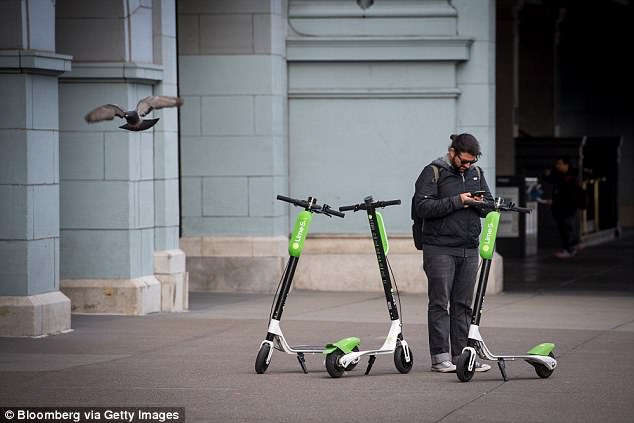 The company also has an offshoot called ‘Sidewalk Labs’, a start-up focused on developing ‘smart cities’ and tasked with improving urban transit.

The move to invest in Lime will hopefully reduce Alphabet’s dependency on profit from Google’s ads.

However, there is no guarantee that the electric scooter business will continue to thrive in San Francisco, as it faces increased regulation from the city.

Lime, along with rival startups Spin and Bird deployed their scooters in San Francisco, without permission, back in March of this year.

In May, San Francisco laid out requirements for companies seeking to obtain electric scooter permits.

The vehicles previously weren’t regulated within the city, causing anger with some residents.

Unlike bike-sharing systems, scooters don’t need to be deposited within a dock and can instead just be left anywhere. 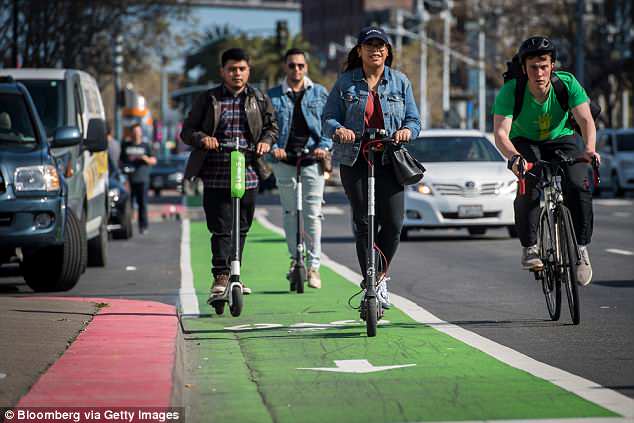 The move to invest in Lime will hopefully reduce Alphabet’s dependency on profit from Google’s ads. However, there is no guarantee that the electric scooter business will continue to thrive in San Francisco, as it faces increased regulation from the city

The upcoming permits will also come with regulations and conditions. Companies will need to prove they’re requiring riders to wear helmets as well as teaching the riders how to park the scooters so sidewalks aren’t obstructed.

The city reportedly plans to issue permits to no more than five companies during a 24-month test program.

Ride-sharing companies Uber and Lyft are also looking into developing electric scooters. Uber acquired the bikesharing start-up JUMP for around $200million in April, and Lyft applied for a permit in May.

HOW HAVE ALPHABET’S FORTUNES CHANGED OVER THE YEARS? 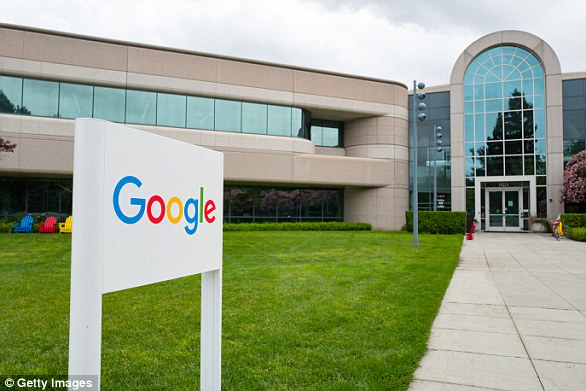 Logo with signage in front of Building 44, which houses employees working on the Android mobile phone operating system, at the Googleplex, headquarters of Google Inc in the Silicon Valley town of Mountain View, California

The vast majority of Alphabet’s revenue continues to come from Google and its various business, most notably its advertising network – revenue from Google’s ad business grew by 21 per cent from last year and accounts for 84 per cent of Alphabet’s total revenue.