Amazon deforestation surges by a quarter since last year

Amazon deforestation surges by 25 per cent in a YEAR: Rainforest is on track for record levels of devastation with an area TEN TIMES the size of Paris already destroyed in 2020

Deforestation in Brazil’s Amazon has risen by a quarter since last year, official statistics show.

The rainforest is also on course for its worse year on record and in the first half of 2020, 1,184 square miles (3,069 square kilometres) — an area ten times the size of Paris — was destroyed.

Preliminary data from the country’s National Institute for Space Research (INPE) show June was the 14th consecutive month where deforestation has increased. 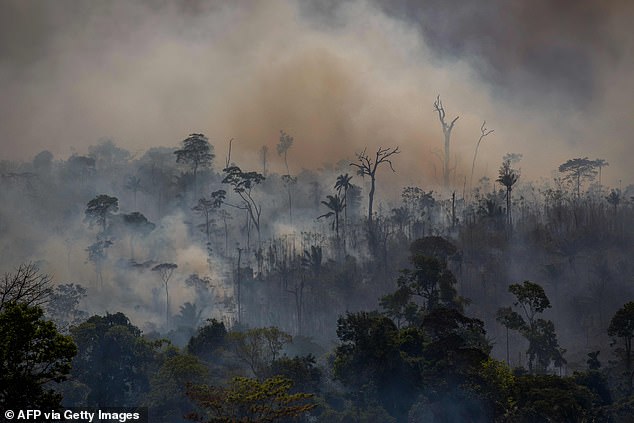 The rainforest is also on course for its worse year on record and in the first half of 2020, 1,184 square miles (3,069 square kilometres) — an area ten times the size of Paris — was destroyed 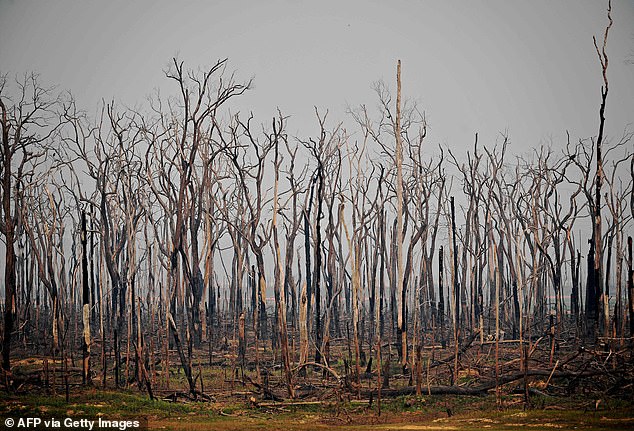 June marks the start of the dry season and Brazil has been criticised by a number of countries and environmental groups over large-scale deforestation and fires.

Deforestation and fires in Brazil’s Amazon released 115 million metric tonnes of carbon dioxide in the first half of 2020, up roughly 20 per cent from the same period a year ago, equivalent to the annual emissions of 25 million cars.

President Jair Bolsonaro is now under monumental pressure from conservationists.

Destruction rose 10.7 per cent for June, compared to June 2019, and Mariana Napolitano, the head of science at WWF-Brasil said this pressure will continue to mount.

‘The pressure is increasing,’ she said.

‘The deforestation data by itself shows that we now have a very complicated situation that is out of control in the Amazon.’

Britain has an obsession with timber, leather and beef from Brazil, according to wildlife charities, who claim it is ‘having a heavy impact’ on rainforest wildfires.

Brazil, home to two-thirds of the Amazon rainforest, is one of the riskiest countries from which the UK imports key agricultural commodities, say the WWF and RSPB.

In a new report the WWF say fires are being set deliberately to make room for agriculture to feed growing demand from places like the UK.

The latest figures suggest that 2,248 fire outbreaks were detected in the Amazon biome for the month of June – the highest number for 13 years.

Brazil represents 13.9 per cent of the UK overseas land footprint, according to a new report, equal to about 800,000 hectares or five times the area of Greater London.

If there is another increase in deforestation in July, Brazil is headed for annual deforestation of more than 15,000 square kilometers, or an area larger than Connecticut, said Ane Alencar, science director at Brazil’s Amazon Environmental Research Institute (IPAM).

That would be up from 10,129 square kilometers last year and the highest level of deforestation since 2005, according to official government data.

Inpe measures annual deforestation from August 2019 to July 2020, with the figures slated for release late in the year.

‘It’s not true that we’re destroying the jungle to produce food,’ he said, also denying that Brazil was dismantling the state’s environmental protection structure.

He has also called for more commercial mining and farming in the Amazon to develop the economy.

Following global pressure, especially from foreign investment firms, Bolsonaro has deployed the military to combat deforestation since May and next week is slated to ban fires in the Amazon region for 120 days.