Amazon FINALLY vows to cut back on excessive plastic packaging

Amazon’s Indian arm has revealed it intends to replace all single use plastic in its packaging by June 2020, in a landmark commitment from the firm.

Instead of plastic packaging, paper cushions will be used, the firm revealed today.

It is the latest major company to bow to international pressure and join the fight against environmental pollution. 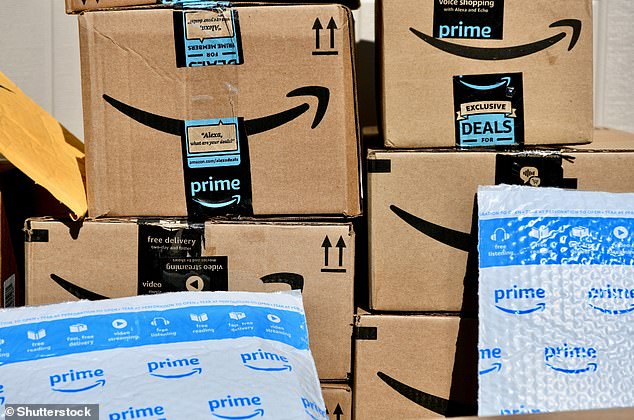 The environment friendly packaging material will be entirely recyclable, Amazon, which has often been criticised for using too much plastic and thermocol to wrap its billions of packages of shipments, said on Wednesday.

Last week, rival Flipkart said it has cut down on single-use plastic use by 25 per cent and plans to move entirely to recycled plastic consumption in its own supply chain by March 2021.

Amazon came under criticism for new packaging that cannot be recycled last month.

All three are deemed single-use only, which means they can’t be refashioned for another purpose – and, crucially, will not degrade naturally.

Adding insult to injury, the wrapping is specifically used for Amazon’s Prime service, in which people pay a monthly fee for additional, premium services.

Clearly, reducing the company’s carbon footprint is not among them.

Amazon’s own Second Chance site, which details how customers can recycle packaging, states that the three are ‘not widely recycled across the UK’. It does, however, redirect people to local recycling facilities which may help.

Unsurprisingly, the move has received substantial backlash from green customers.

A number have vented their spleen via Twitter, while a petition on Change.org has now garnered more than 4,000 signatures.

THE TRILLION DOLLAR RISE OF AMAZON

The first book sold on Amazon was ‘Fluid Concepts and Creative Analogies: Computer Models of the Fundamental Mechanisms of Thought’ by Douglas Hofstadter.

1994: Jeff Bezos incorporates what would become Amazon under the name ‘Cadabra Inc.’ He later re-named the company under its current name.

1995: Amazon opens up shop as a bookstore. The first book sold on Amazon was titled ‘Fluid Concepts and Creative Analogies: Computer Models of the Fundamental Mechanisms of Thought’ by Douglas Hofstadter.

2000: The firm introduces its now-famous logo, which features a curved arrow leading from A to Z, with an arrow shaped like a smile. The logo is meant to suggest that Amazon sells every kind of product from A to Z.

In 1998, Jeff Bezos began selling more than just books on Amazon. It ventured into consumer electronics, music, movies, video games, toys and many other products

2001: Amazon turns a profit for the first time ever, proving to investors that the firm’s business model could stick.

2002: The company launches Amazon Web Services (AWS) as a service for internet traffic data, but it would go on to grow into the firm’s cloud computing behemoth.

2006: Amazon rolls out Fulfillment by Amazon, its massive logistics unit that now threatens the likes of UPS and FedEx.

In 2006, Amazon rolled out Fulfillment by Amazon, its massive logistics unit

2007: Amazon releases the first Kindle e-reader, in a move that was perceived as  a disruption to the traditional publishing industry.

2014: Amazon launches the Fire phone, meant to be a competitor to the iPhone, which ends up flopping. The firm discontinued the device a year later.

2015: Amazon launches the original Echo speaker, a groundbreaking device, due to its speech recognition and AI capabilities.

2017: Amazon becomes the first streaming company to earn an Oscars nomination for the drama ‘Manchester By the Sea.’

Later that year, Amazon announced it would purchase Whole Foods for $13.7 billion. The move has only strengthened its stronghold over the retail market.

Amazon, bac, cut, FINALLY, to, vows
You may also like: