Amazon reportedly planning up to 3,000 cashierless stores by 2021

Amazon planning to launch up to 3,000 cashierless stores by 2021 – as study reveals firm is now third in online ads, behind Google and Facebook

Amazon is said to be considering opening 3,000 of its cashierless stores by 2021.

The tech giant already has four locations of its Go stores up and running, but it may have up to 10 locations open by the end of the year, with as many as 50 by 2019, Bloomberg reported, citing sources close to the situation.

It would mark the latest example of Amazon’s rapidly growing e-commerce, cloud computing and, now, advertising empires – as the firm’s online advertising business gets closer to overshadowing the likes of Google and Facebook. 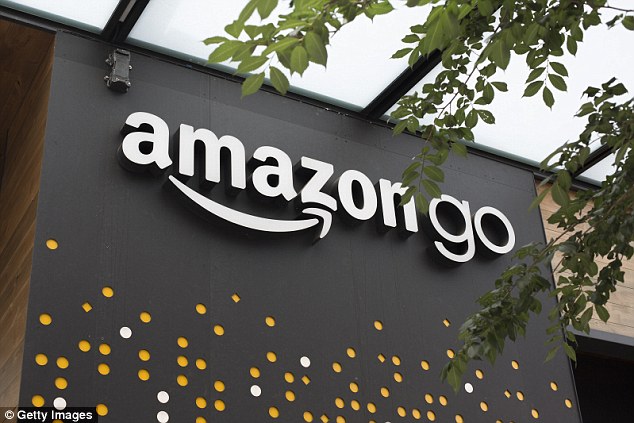 Amazon already has four locations of its Go stores up and running, but it may have up to 10 locations open by the end of the year, with as many as 50 by 2019, reports suggest

Amazon opened its first cashierless store in Seattle two years ago and has launched two additional locations in Seattle and another in Chicago.

The firm’s main challenge to opening more stores is the high cost of the technology used to power the cashierless design, as well as other hardware.

Its first location in downtown Seattle cost over $1 million in hardware, according to Bloomberg.

Amazon could reduce the cost of hardware and increase profit margins by focusing on selling prepared foods, instead of offering an expanded selection of grocery items.

By rolling out 3,000 Amazon Go stores, Amazon would quickly become one of the biggest chains in the US, Bloomberg said. 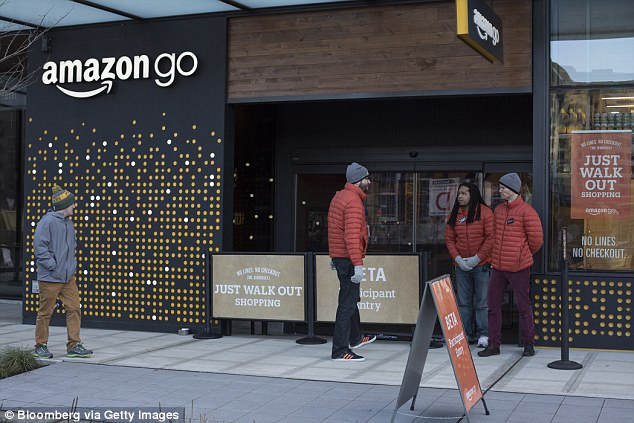 Amazon opened its first cashierless store in Seattle two years ago (pictured) and has launched two additional locations in Seattle and another in Chicago. Now it’s eyeing 3,000 new stores

The firm is mostly eyeing urban areas with wealthy young residents who can afford to pay for items that are a little higher priced, but ensure better quality than fast food.

It would put the stores in competition with businesses like Subway, Panera and Pret a Manager, as well as other places that offer quick bites and takeout items.

Opening more locations in the same city would also allow Amazon to cut down on costs since they could take advantage of a centralized food production facility.

So far, Amazon has declined to comment on reports of it opening additional Go Stores.

‘We don’t comment on rumors or speculation,’ an Amazon spokesperson told CNBC. 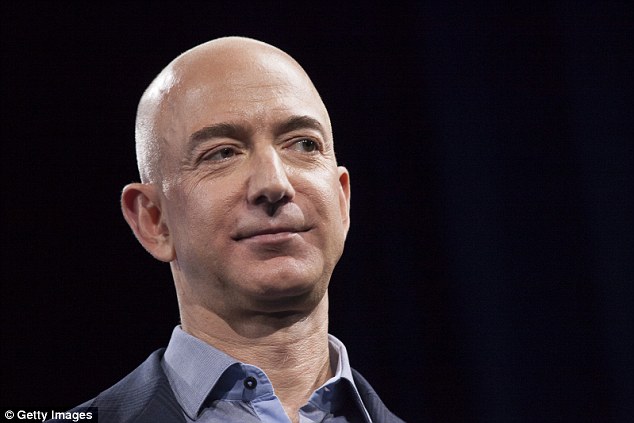 Jeff Bezos has weighed whether the stores should offer prepared foods and grocery items, akin to a 7-Eleven, or if they should have sandwiches, soups and other items like a Pret a Manger

HOW DO AMAZON’S GO STORES WORK?

In December 2016, Amazon unveiled a convenience store in downtown Seattle that replaced cashiers with technology found in self-driving cars.

It opened to the public in January 2018.

To start shopping, customers must scan an Amazon Go smartphone app and pass through a gated turnstile.

Deeper into the store, shoppers can find a small selection of grocery items, including meats and meal kits.

An Amazon employee checks IDs in the store’s wine and beer section. 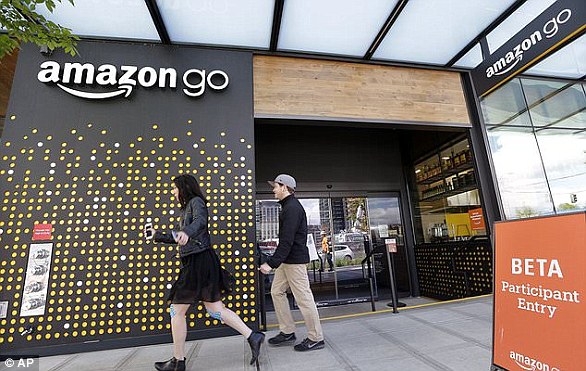 Sleek black cameras monitoring from above and weight sensors in the shelves help Amazon determine exactly what people take.

If someone passes back through the gates with an item, his or her associated account is charged.

If a shopper puts an item back on the shelf, Amazon removes it from his or her virtual cart.

Much of the store will feel familiar to shoppers, aside from the check-out process.

The move comes as another corner of Amazon’s vast empire is set to expand.

Research firm eMarketer predicts that Amazon will control more than 4 percent of the US digital advertising market by the end of this year.

This amounts to about $4.61 billion in revenue, which is a huge jump from the firm’s previously predicted sales of $2.89 billion.

That’s a far cry from Google and Facebook, which have long maintained a digital ad duopoly, though Amazon is still expected to come in third.

The surge in Amazon’s advertising business is due, in part, to more people searching from the e-commerce site directly, instead of going through Google’s search engine.