Amazon is raising eyebrows with a patent filing that suggests putting human employees in cages to navigate areas populated by automated robots.

The internet giant was granted the patent in 2016, but it’s dissected in a new study looking at the history and implications of Amazon’s Echo.

The patent, titled ‘System and method for transporting personnel within an active workspace,’ envisions a system that would allow humans to safely enter areas where robots are zipping to and fro, delivering items. 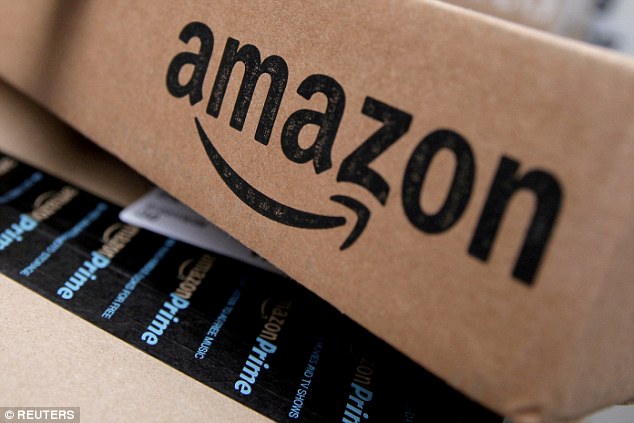 It’s described as a ‘human transport device’ wherein an employee stands atop a robotic trolley, encased by a metal cage.

A robotic arm would be attached to the cage and operated from inside the enclosure, allowing the employee to reach for items, among other uses.

‘…U.S. patent number 9,280,157 represents an extraordinary illustration of worker alienation, a stark moment in the relationship between humans and machines,’ the study, titled ‘Anatomy of an AI System,’ explained.

‘Here, the worker becomes a part of a machinic ballet, held upright in a cage which dictates and constrains their movement.’

The study was authored by Kate Crawford, a Microsoft researcher and co-founder of the AI Now Institute at New York University, as well as Vladan Joler, a professor of new media at the University of Novi Sad in Serbia. 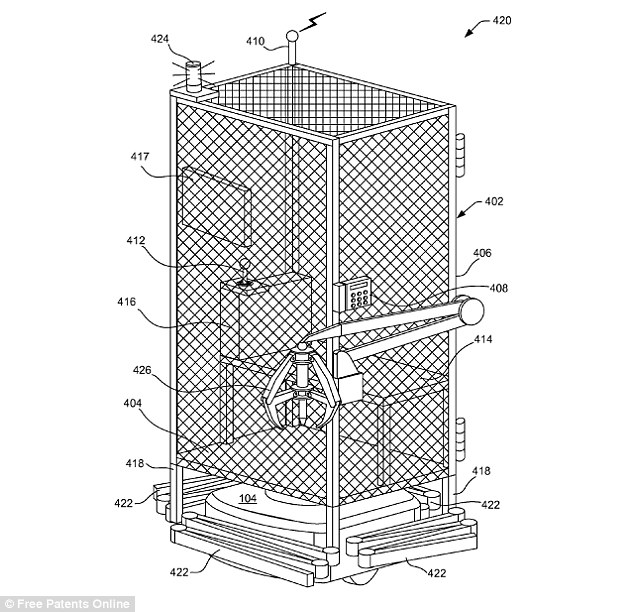 Amazon describes the contraption as a ‘human transport device’ wherein an employee stands atop a robotic trolley, encased by a metal cage. A robotic arm is attached to pick up items

Amazon’s enormous fulfillment centers include fenced off areas where robots ferry items from shelves and deliver them to employees waiting nearby, according to the Seattle Times.

Human employees aren’t allowed into these areas as a safety precaution. Currently, if an employee enters the area, it triggers an alarm, which disables the robots, as a means of avoiding any possible collisions.

‘There may be circumstances where it is necessary for human operators to traverse, or otherwise go into, an active workspace where the mobile drive units are carrying out their assigned inventory-related tasks,’ Amazon’s patent explains. 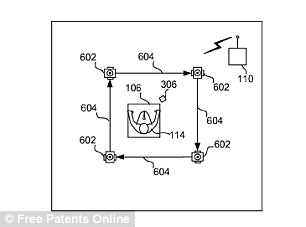 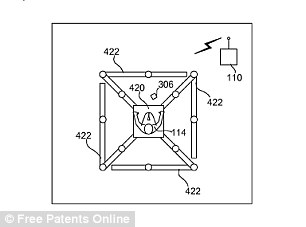 An arm is attached to the cage and operated from inside the enclosure, allowing the employee to reach for items. Amazon says the box could be made out of metal, plexiglass or plastic 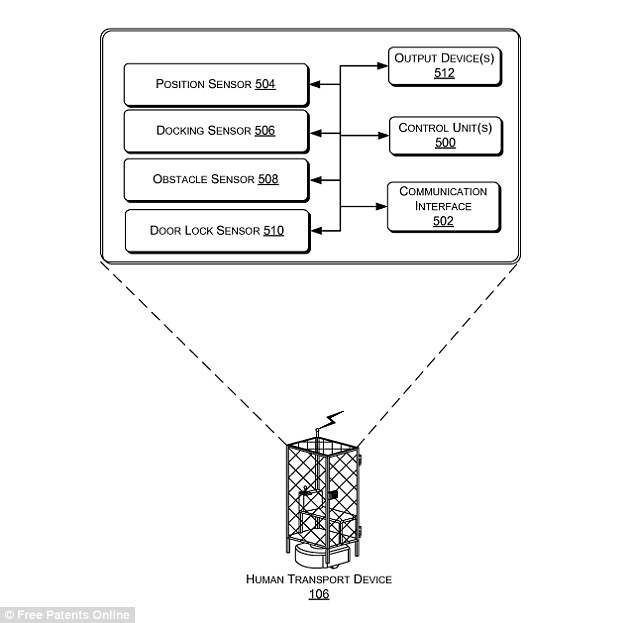 The caged design would enable employees to ‘get to a destination location within or across the workspace, such as a restroom located a significant distance from the user,’ the patent states

The caged design would enable employees to ‘get to a destination location within or across the workspace, such as a restroom located a significant distance from the user,’ the patent states.

It would also make it so they could complete repairs or remove malfunctioning trolleys from within the restricted area, as well as retrieve items that have fallen from shelves.

Amazon has since indicated that it has no plans to use the device in its warehouses.

‘Like many companies, we file a number of forward-looking patent applications,’ Lindsay Campbell, an Amazon spokeswoman, told the Seattle Times.

Additionally, Dave Clark, Amazon’s senior vice president of operations, denied that the system was being used by the company.

‘Sometimes even bad ideas get submitted for patents,’ Clark wrote in a tweet. ‘This was never used and we have no plans for usage.’

Still, it’s not the first patent filed by Amazon to discuss controversial technology for use on employees.

Recent patents have described both a wrist band and augmented reality goggles that could be used to track employees’ movements throughout the day.

The patent describes a ‘wearable computing device’ that would overlay turn-by-turn directions on the goggles’ screen, showing employees where to place certain objects in one of Amazon’s fulfillment centers.

The goggles would connect to a computing device that’s worn on the employee’s body, which powers the turn-by-turn data.

IS AMAZON PLANNING TO TRACK ITS EMPLOYEES?

Amazon, it seems, wants to keep a close eye on its employees.

One of the firm’s latest patent suggests it is working on an ultrasonic wristband that can monitor a worker’s every move.

According to the patent, data about the position of a worker’s hands is sent to the company in real-time.

Amazon describes the technology as a ‘time-saving’ device, but some have criticised the system for going a step too far in monitoring performance.

The Amazon patent was published by the United States Patent Office. 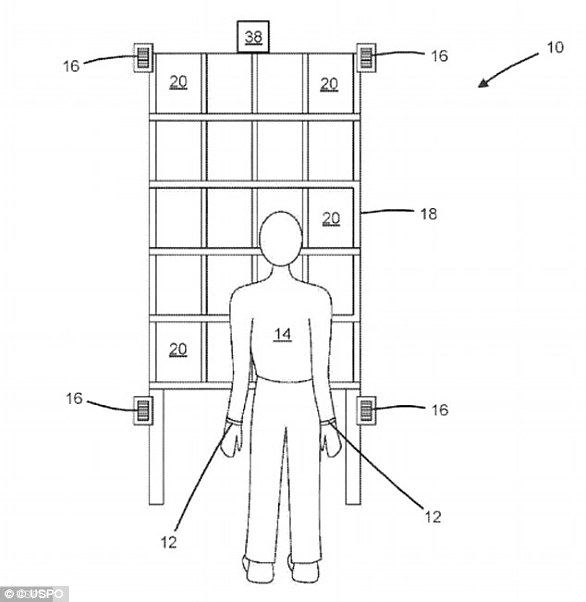 Diagrams in the patent show how workers will wear bracelets on either hand, which contain ‘ultrasonic units’. The company insists this is a labour-saving measure to verify the correct items are being processed

It describes ‘ultrasonic tracking of a worker’s hands’ that would be used to ‘monitor performance of assigned tasks.’

Diagrams show how workers will wear bracelets on either hand, which contain ‘ultrasonic units.’

The patent states: ‘The ultrasonic unit is configured to be worn by a user in proximity to the user’s hand and to periodically emit ultrasonic sound pulses.’

These silent pulses would then be picked by ‘ultrasonic transducers’ placed around the warehouse.

The patent outlines a feedback system which means the device vibrates to point the wearer’s hand in the right direction.

While some are concerned about this new patent, an Amazon spokesperson told the MailOnline that ‘the speculation about this patent is misguided’.