The remains of an ancient Roman fort dating back nearly 2,000 years have been unearthed underneath a bus station in southern England.

The fort, located in Exeter, is a “very important and completely unexpected” find, according to city officials, who are working on redeveloping the area.

“This is a very important, and completely unexpected, discovery, in an area that has been heavily changed by previous post war redevelopment," Exeter City Council member Andrew Pye said in a statement. "Along with other recent work in Exeter, it demonstrates just how much of the city’s history can still survive in unlikely places, despite damage caused by bombing and modern concrete foundations." 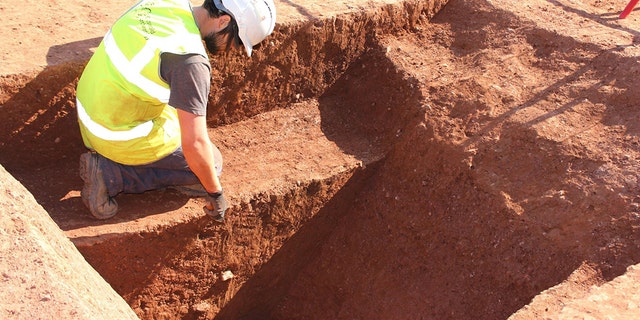 Pye added: "This discovery of yet another new Roman 'fort' within the city does demonstrate, along with that of the fortress and baths back in the 1970s and of several other new major military sites in the last decade, just how pivotal a role the Exeter area played in the first decades of the Roman conquest and subjugation of Britain, and how crucial development led archaeology has been in revealing this.”

In addition to the fort, which was built in the cathedral city in 55 A.D., coins and pottery made for the military and "fine red Samian tableware imported from France" were discovered.

The ancient fort was discovered by the Exeter Office of Cotswold Archaeology, working in conjunction with Kier Construction to keep track of the city's Roman history prior to the construction of the new bus station and a forthcoming leisure complex. 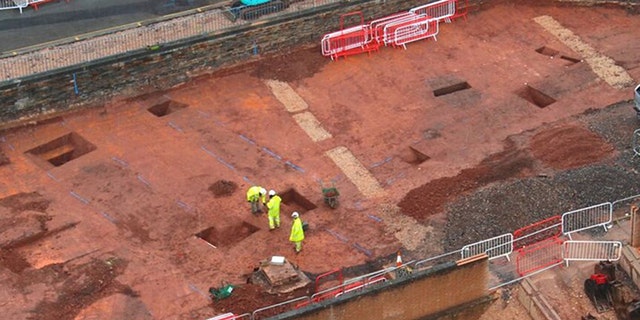 Derek Evans, of Cotswold Archaeology’s Exeter Office, said they were pleased to work with Kier and the city council on the project, as the bus station, originally built in the 1960s, is replaced.

"The unexpected nature of this discovery and the significance of uncovering previously undocumented Roman military features in this area of the city, have made this a challenging and interesting project," Evans said in the statement. "We look forward to undertaking further analysis of the finds and other material recovered during our works and refining the story of the site’s history.”

Earlier this year, a mysterious Ancient Roman road and mine were discovered by archaeologists in the English town of Cornwall.

ancient, En, fort, found, in, Roman
You may also like: