Animal brains have a 'biological switch' for seasonal changes

Animals adapt to seasonal differences by flipping a ‘biological switch’ in their brains — causing them to make changes like growing a warm coat for winter, a study found.

The body’s internal clock is responsible for scheduling cycles in hormone levels that impact traits like sleep and hunger — but these can be affected by genetics.

Researchers from Edinburgh and Manchester revealed that the changes are controlled by the body’s pituitary gland in response to the length of day.

This causes the activation of different genes depending on the time of year — and also helps govern other vital behaviours such as breeding cycles.

While the team studied sheep, the findings may also help explain similar cycles in other animals — including birds, mammals and reptiles — the researchers said. 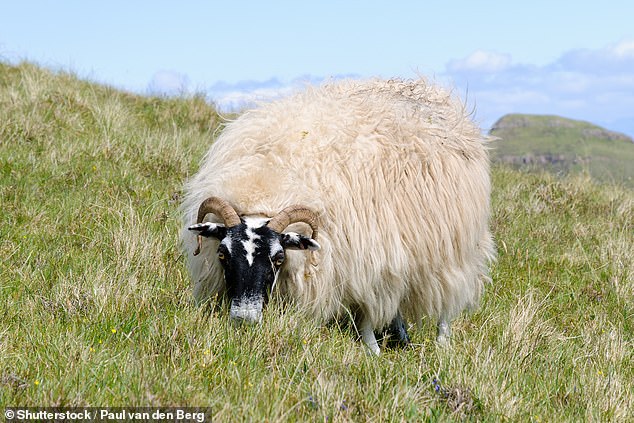 Animals adapt to seasonal differences by flipping a ‘biological switch’ in their brains — causing them to make changes like growing a warm coat (pictured) for winter, a study found.

‘The genetic “flip-flop” timer we have identified is key to functions such as fertility as sheep transition between winter and summer,’ said paper author and animal biologist Andrew Loudon of the University of Manchester.

‘We speculate that this genetic timer is likely to be fundamental to yearly changes in many species.’

In their study, Professor Loudon and colleagues studied the pituitary — a gland attached to the base of the brain which plays a major role in regulating bodily functions — in sheep experiencing either artificially long or short lengths of day.

The researchers also analysed the gene activity in the sheep’s brain tissue in order to determine how different biological processes occur in response to the seasons.

The team found that the sheep’s pituitary gland activates one of two possible biological mechanisms, dependant on whether the day is long or short.

In the summer, for example — when the nights are long — the gland releases hormones that cause a cascade of gene activity that lead to biological characteristics more suitable for the season, such as temperature regulation.

As the days shorten, however, the biological ‘switch’ is flipped — releasing hormones that trigger the biological processes needed for winter, including growing a warm winter coat.

In sheep, both processes were found to involve a circadian gene which experts refer to as BMAL2 — one which can be found in many animals, but whose role in the body’s seasonal clock was previously not known. 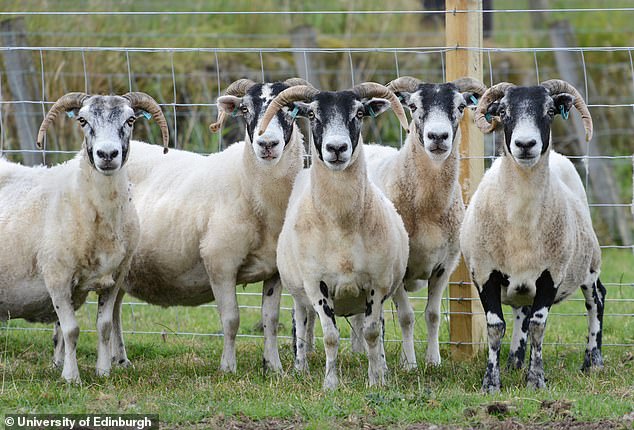 In their study, Professor Loudon and colleagues studied the pituitary — a gland attached to the base of the brain which plays a major role in regulating bodily functions — in sheep, pictured, experiencing either artificially long or short lengths of day

‘Fluctuations in hormones and behaviour are part of a delicate biological orchestra that is crucial to life,’ said paper author and behavioural neuroendocrinologist Simone Meddle of the University of Edinburgh.

‘Many animals depend on seasonal changes in their biology to survive and our findings are a crucial part of the puzzle to understand the underlying processes.’

a, animal, bio?, brains, have
You may also like: