Annoying ‘know-it-alls’ who are convinced they are always right really ARE less informed about the world than their peers, confirm scientists

No one likes a ‘know-it-all’ and now scientists have confirmed these people are actually much less informed about the world than their peers.

From endless opinions on politics, the environment, religion and relationships, scientists found people who are convinced they are always right are the most prone to overestimating their abilities.

This is because they are significantly more likely to choose information that supports their own beliefs and miss out on opportunities to improve their knowledge.

Individuals who behave like this have ‘belief superiority’ which means they think their views are superior to other people’s. 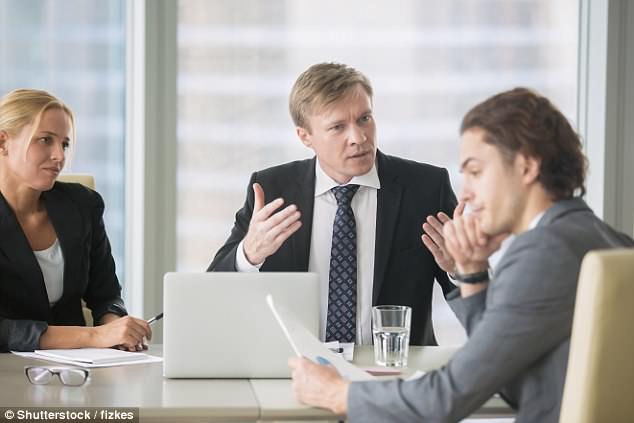 Researchers from the University of Michigan found that even when people with belief superiority were told they didn’t know as much as they thought, they still claimed their beliefs were more accurate than others.

‘Know-it-alls’ were found to be more likely to seek out new information in biased ways that confirmed their sense of superiority.

The first of two studies by the University of Michigan focused on people who professed ‘belief superiority’ about political issues.

Participants reported their beliefs and feelings of belief superiority about several political topics.

Researchers asked them how much they thought they knew about these topics and then had them complete quizzes to test their actual knowledge on the issues.

Across six studies and several political topics, researchers found that belief-superior people were consistently overestimating their own knowledge.

‘Whereas more humble participants sometimes even underestimated their knowledge, the belief superior tended to think they knew a lot more than they actually did,’ said Michael Hall, a psychology graduate student and the study’s lead author.

In the second study, researchers presented participants with a slew of news articles about the same political topic, then asked them to select which ones they would like to read.

Half of the articles on offer supported the participants’ own political point of view, while the other half challenged it.

Belief-superior people were more likely to choose information that supported their beliefs, according to the paper, which was published in the Journal of Experimental Social Psychology.

These people were also aware they were seeking out biased information. From endless opinions on politics, the environment, religion and relationships, scientists found people who are convinced they are always right are most prone to overestimating their abilities (stock image)

A new study has revealed men think they are smarter than their peers, even when compared to women whose grades prove they are just as smart.

Researchers at Arizona State University (ASU) made the discovery after asking college students enrolled in a 250 strong biology course about their intelligence.

Specifically, students were asked to estimate their own intelligence compared to everyone in the class as well as the student they worked most closely with.

Experts were surprised to find that women were far more likely to underestimate their own intelligence than men.

When comparing a female and a male student, both with a grade point average of 3.3, the male student is likely to say he is smarter than 66 percent of the class.

A female student is likely to say she is smarter than only 54 percent of the class.

In addition, when asked whether they are smarter than the person they worked most with in class, the pattern continued.

Male students are 3.2 times more likely than females to say they are smarter than the person they are working with, regardless of whether their class partners are men or women.

When the researchers asked them why they had chosen a particular article, the belief-superior people readily admitted they’d picked news outlets that supported their beliefs.

‘We thought that if belief-superior people showed a tendency to seek out a balanced set of information, they might be able to claim that they arrived at their belief superiority through reasoned, critical thinking about both sides of the issue,’ Mr Hall said.

Researchers suggest that while some people insist that they are always right, all of us feel good when the beliefs we think are important are confirmed.

In other words, when a belief is strongly held or is held with a sense of moral conviction, people are more likely to distance themselves from information and people that challenge their belief.