Antarctica is Earth’s southernmost continent where the geographic South Pole is located. The frozen desert is home to some 1,000 scientists who live in the blistering conditions that reach -90C at times, as they attempt to understand more about the history of Earth and climate change. Among them are researchers from the National Science Foundation (SFS), who made an astonishing find after drilling into the Ross Ice Sheet in West Antarctica four years ago.

The team used state-of-the-art technology to drill down some 2,400 feet, revealing a thriving ecosystem.

Their findings were later shared with their followers on YouTube and explained by SFS scientist Deba Headlee.

She said in 2015: “A National Science Foundation-funded team of researchers made a surprising discovery 2,400 feet beneath the Ross Ice Shelf in Antarctica.

“Fish invertebrate living and thriving in the brutally cold perpetually dark waters beneath the ice so far from the open ocean. 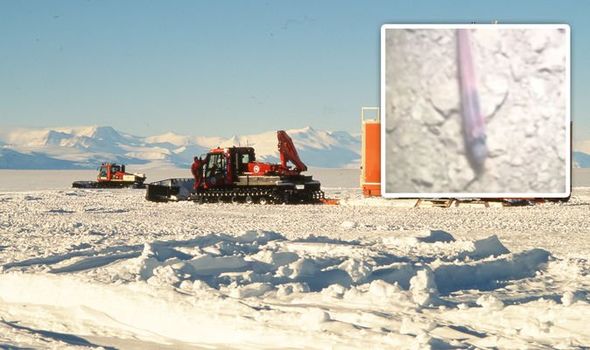 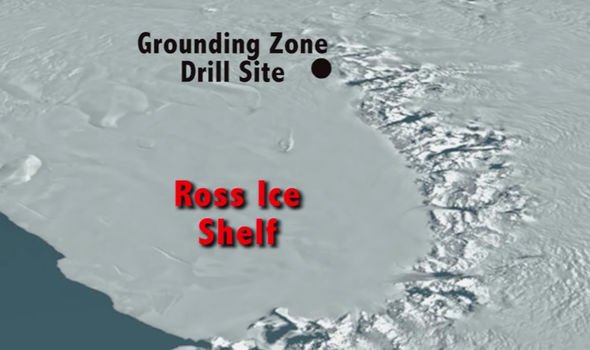 “The team says the discovery opens new questions about the ability of life to thrive in extreme environments.

“The Willard Ice Stream Sub-Glacial Access Research Drilling, or WISSARD team, for the first time ever, drilled down to the grounding zone 530 miles from the edge of the Ross Sea where Antarctic ice, land and sea all converge.”

Dr Headlee went on to explain how the incredible technology made the discovery possible.

She added: “The team used a specially designed hot-water drill to bore through a half-mile of ice working around the clock.

“While the borehole remained open, the team deployed a remotely operated vehicle, or ROV called Deep Skinny into the hole. 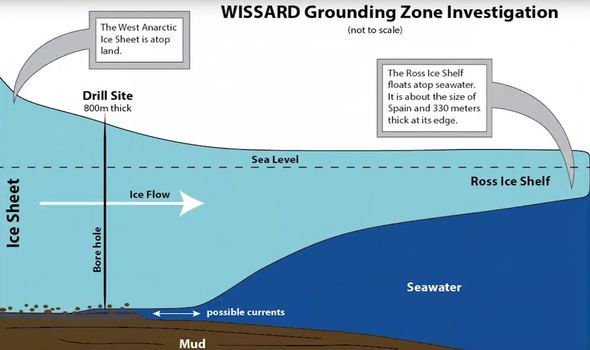 “Developed at Northern Illinois University, the ROV was fitted with a number of oceanographic instruments, including a downward-looking camera to record data.

“The grounding zone is extremely important for the stability of the ice shelf and studying core samples from this remote area will provide scientists with clues about the mechanics of ice sheets, future changes in climate and sea-level rise.”

NASA has had their own fair share of chilly surprises, though.

in 2010, the space agency drilled into the ice and pushed a camera into a hole more than 600 feet below the West Antarctica Ice Sheet and spotted a small shrimp-like creature dancing around. 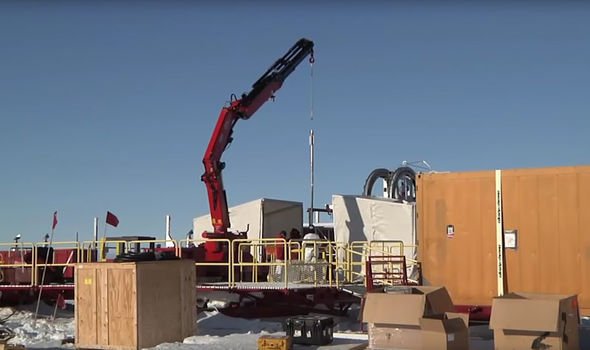 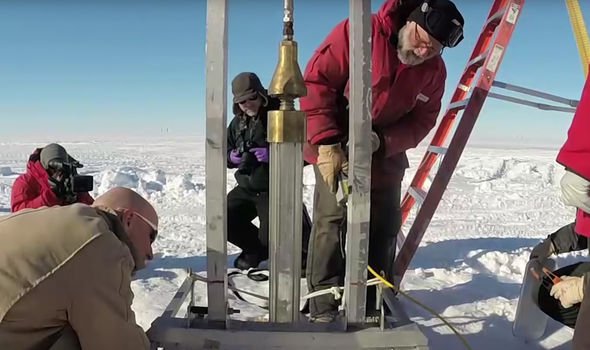 Bob Bindschadler of NASA’s Goddard Space Flight Centre remembered the moment well, revealing:  “We were like little kids huddling around, just oohing and aahing at this little creature swimming around and giving us a little show.

“It was the thrill of discovery that made us giddy, just totally unexpected.

“We thought we were just going into a deep, dark cold water hole and never anticipated we’d see any life.

“The colour was what caught our eyes.”

The complex critter was identified as a Lyssianasid amphipod, about three inches in length.