Following warnings from the FTC, both Apple and Google have removed several dating apps from their platforms that they say allowed children to join.

According to a letter sent by the FTC to Ukraine-based Wildec LLC, which owns FastMeet, Meet24 and Meet4U, the trio of dating apps allowed children as young as 12 to participate in the service and communicate with adults.

In an FTC investigation of the app, the organization says they were also able to identify and confirm multiple children within the service using a built-in age filter that allows users to search by age. 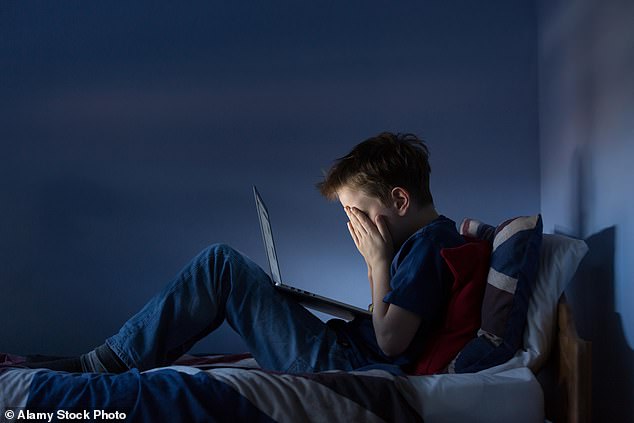 A trio of dating apps was removed by Google and Apple for allowing children under 13-years-old to participate. The FTC says the apps have already been used by sexual predators. Stock image

In some instances, Wildec’s dating apps were used by potential predators to find victims.

In March, a man from Henrietta, New York was arrested for using Fastmeet to convene with who he thought was a 13-year-old girl — the person on the other end was actually an undercover police officer.

The FTC warned parents whose children my be exposed to the app in a recent public advisory.

‘Parents be warned: some dating apps – like FastMeet, Meet24 and Meet4U – allow adults to find and communicate with children,’ said a parental warning issued by the FTC.

‘Concerned parents should remove these apps if they’re on children’s devices. You also can set your kids’ devices so they must get parental approval before purchasing any new apps.’

In addition to allowing predatory adults to communicate with children, the FTC said the apps were also harvesting information on the underage users.

Among the fields collected by the apps were dates of birth, photographs, emails, and even real-time location data.

The collection of data for children under 12-years-old is a violation of the Children’s Online Privacy Protection Act (COPPA), which requires children under 13-years-old to have parental consent before doing so.

According to the FTC, Wildec is liable for children using its apps since participants were able to freely input their age with no repercussions.

‘While the three apps claimed in their privacy policies to prohibit users under the age of 13, the apps failed to block users who indicated they were under 13 from using the apps and from being contacted by other users of the apps,’ said a letter from the FTC.

While Wildec’s apps represent a particularly brazen approach to connecting adults and children, other more mainstream applications like Tinder and Grindr have also been at the center of similar complaints.

As noted by TechCrunch, UK authorities have investigated more than 30 cases of since 2015 for incidents related Tinder and Grindr.

Currently, the UK is mulling legislation that would require more stringent age verification checks on users of dating apps in hopes of curbing abuses aided by the services.

How to spot if your child is being groomed online

Often the groomer can create multiple online identities and even pretend to be children themselves in order to make contact.

Some predators will look at what a child has posted online before making an approach while others will send out multiple ‘friend requests’ in the hope of receiving a response.

According to the National Crime Agency’s Child Exploitation and Online Protection Command, offenders will try to start conversations and then try and move to a private social media or chat app. 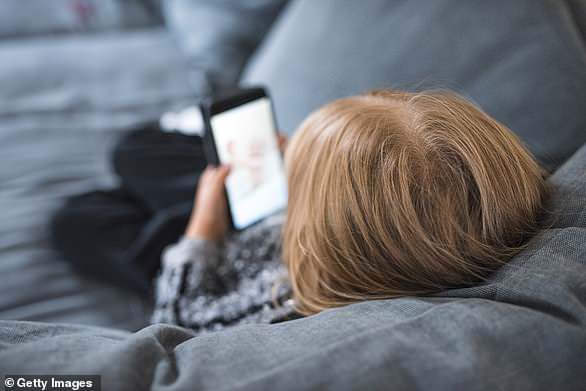 A CEOP spokesperson said: ‘You should assume that if a site or app is popular with young people then people with a sexual interest in children will try to use it to communicate with them.

‘This doesn’t mean you should panic or not let your children use them, simply that they should be aware that there can be risks on any platform they are using.

‘If your child uses online games, social media, live streaming platforms or chatrooms it’s important to make sure they know how to report to CEOP if someone is making them feel uncomfortable.’

CEOP warns that there has been a rise in children being ‘tricked’ into sharing explicit images using a web cam or the camera on the smart phone.

Experts say there is not one clear sign of online grooming, although its effects can be as harmful as ‘contact’ sexual abuse.

According to CEOP, abusers will want their victims to remain silent to maintain control and to prevent the child seeking help.

A spokesperson added: ‘It’s important to ensure that your children are aware of the risks posed by people with a sexual interest in children online. They should know that they should be wary of people they talk to online, not share too much personal information and be aware of how they appear in their online profiles.

‘It’s also important that your child knows they can talk to you if anything is bothering them and that you will be supportive.’

For more information, call the NSPCC Helpline on 0808 800 500, or contact your local police, children’s social care department or report your suspicions directly to CEOP.