Apple has dealt a hammer blow to YouTuber PewDiePie’s dreams of releasing his own faeces-focused game on iPhones.

Poopdie, the imaginatively named video game conceived by the 30-year-old Swedish native, was deemed ‘too stinky for Apple’.

It has been banned from the App Store, and is currently only available on Android, according to a video posted by the internet star to his 102million subscribers.

Felix Arvid Ulf Kjellberg, PewDiePie’s real name, is one of YouTube’s earliest and brightest stars who has previously released two other mobile games. 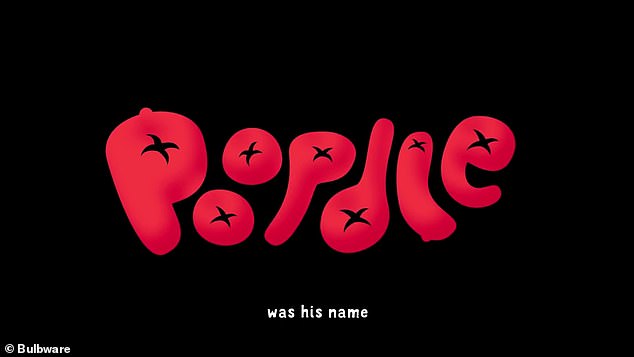 Poopdie, the imaginative name given by the 30-year-old- celebrity, is a game that was deemed ‘too stinky for Apple’ 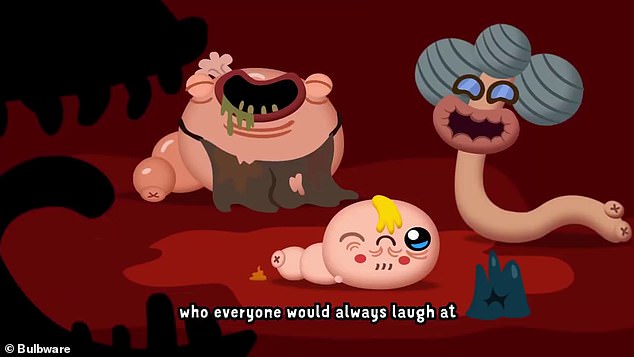 The game has been banned from the AppStore, and is currently only available on Android, according to a video posted by the internet star to his 102million subscribers

The game centres around the main character, a worm, who creates minions from his bodily waste that go about doing his bidding.

Bulbware, the company hired by PewDiePie to develop the game, posted a statement in a blog, titled ‘Too stinky for Apple’, explaining the situation was ongoing and citing crude imagery as the main problem.

‘Unfortunately Apple seems to be disgusted by Poopdie and his army of little Troops,’ the post read.

‘Small wormy got rejected and here is answer that we received: “[Poopdie has] crude imagery and sound effect which may disgust users.” so it not complies with Apple guidelines.’

‘We are currently during the appeal to the Apple Review Board and plan to reach a settlement. C’mon Apple! We have received hundreds of iOS users’ requests who are eager to start pooping!’ the post added.’

PewDiePie’s 2019 has been historical in internet culture, reaffirming him as one of YouTube’s biggest icons.

He accumulated four billion views in 2019 as well as gaining 22 million subscribers and making the second most-liked video on the site – his wedding video which totalled 4.7 million likes.

But it wasn’t all rosy, as he lost his crown as the most subscribed channel to Bollywood sensation T-Series in March this year, following six years at the top, before reclaiming the top spot a few days later, and then losing it again.

Despite being usurped, YouTube gave him the title of the most-watched and subscribed YouTuber of 2019, according to YouTube’s Rewind. 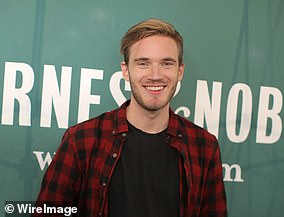 PewDiePie is the alias of Swedish YouTube giant Felix Kjellberg.

The 30-year-old internet sensation is a controversial character who has the most subscribed to channel on the video watching site.

He has a staggering 102,000,000 subscribers on YouTube – that’s more people than the UK has citizens.

Both of his parents, Johanna and Ulf Kjellberg, are successful Chief Executives of their respective companies in Sweden.

And having been schooled at Goteborgs Hogre Samskola, located in one of the city’s most prosperous areas, he could have been destined for a corporate life too.

Fortunately for his millions of fans, Kjelberg’s ambitions weren’t in line with his classmates’ at Chalmers.

PewDiePie, 30, has previously earned blacklash for including racist and antisemitic messages in his videos.

In July 2018, he posted an insensitive meme related to the 25-year-old Demi Lovato following her overdose and alleged heroin use.

The YouTuber, who is from Gothenburg, Sweden and resides in Brighton, shared a meme that originally shows a nondescript character asking their mother for money.

The character pretends the money will be used to buy a burger but then uses the money to purchase heroin ‘like a boss’.

Back in February 2017, Disney cut ties with the YouTuber after he featured a man holding a ‘Death to all Jews’ sign in one of his videos.

‘I’m sorry, I didn’t think they would actually do it,’ PewDiePie told his viewers in a clip. ‘I feel partially responsible. It might just be my crude sense of humor, but I think there’s something funny about that.’

Seven months later, in September 2017, Felix was caught shouting the N-word during a live stream of himself playing the multiplayer online shooting game Playerunknown’s Battlegrounds.

2019 saw a resurgence in popularity for PewDiePie, despite losing his crown as the most subscribed channel to Bollywood sensation T-Series following six years at the top before reclaiming the top spot, and later losing it again.

But he still accumulated four billion views in 2019 as well as gaining 22 million subscribers and making the second most-liked video on the site – his wedding video which totalled  4.7 million likes.

All this gave him the title of the most-watched and subscribed YouTuber of 2019, according to Youtube’s Rewind.

First World War shipwreck is uncovered by storms in Cornwall