Apple being sued over FaceTime bug by Houston lawyer

Apple has been hit with its first lawsuit in the wake of its massive FaceTime bug.

A Houston lawyer filed a lawsuit against Apple over a security flaw in its video-calling software, which allowed people to eavesdrop on iPhone users.

It comes as it emerged a teenager from Arizona uncovered a bug that turns iPhones into eavesdropping devices while trying to play a game of ‘Fornite’ with his friends.

The worrying vulnerability let users hear audio and see video of the person they were calling even if the person didn’t pick up the call or hit decline on the call entirely. 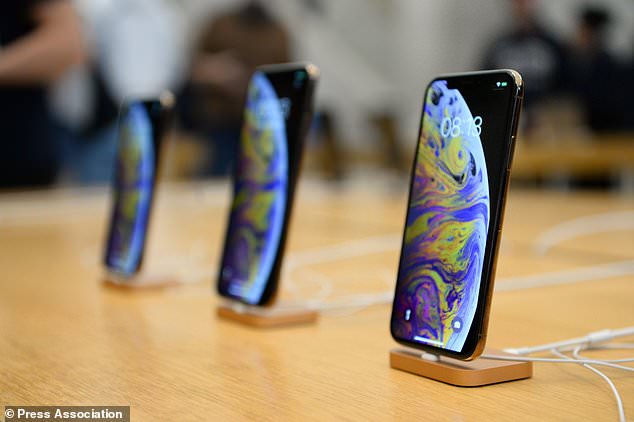 Apple has been hit with its first lawsuit in the wake of its massive FaceTime bug. A Houston lawyer filed a lawsuit against Apple over a security flaw in its video-calling software

The lawsuit, first spotted by Courthouse News, was filed on Monday by attorney Larry Williams in Harris County, Texas.

In it, Williams claims that Apple ‘failed to exercise reasonable care’ and that the company ‘knew, or should have known, that its product would cause unsolicited privacy breaches and eavesdropping.’

The document goes on to say that Williams was in the middle of a private deposition with one of his clients when the FaceTime bug ‘allowed for the recording’ of his private conversation.

HOW DID A TEEN DISCOVER APPLE’S FACETIME BUG?

A teenager from Arizona uncovered a bug that turns iPhones into eavesdropping devices while trying to play a game of ‘Fornite’ with his friends.

Grant Thompson, a 14-year-old high school student in Tucson, wanted to chat with friends when he discovered a major bug in Apple’s popular Group FaceTime feature.

Thompson then swiped up and added another friend, a move that instantly connected him with Nathan, whose phone was still ringing.

The youngster had discovered a bug that allowed him to force other iPhones to answer a FaceTime call, even if the other person doesn’t take any action.

Apple has since disabled the ‘Group FaceTime’ feature, and a software update to fix the bug is expected to be released.

Grant’s mother Michele, a lawyer, said she had tried repeatedly to contact Apple about the privacy glitch from the time her son discovered it to the company announcing that it was disabling the feature on Tuesday.

Thompson said she tried everything she could think of to get Apple’s attention. She emailed, called Apple and tweeted CEO Tim Cook and even faxed a letter on her law firm’s letterhead.

‘The product was used for its intended purpose because plaintiff updated their phone for the purpose of group FaceTime calls but not unsolicited eavesdropping. 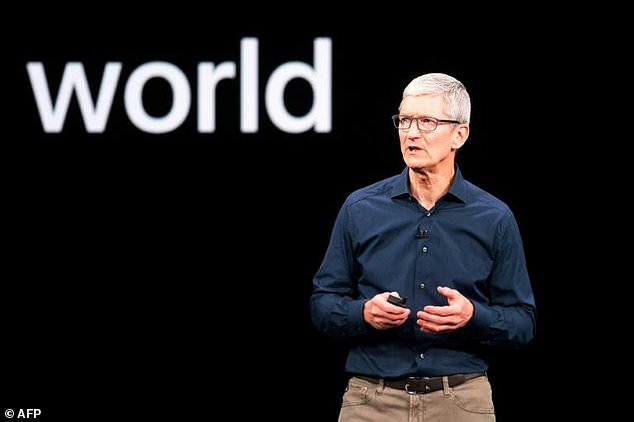 The lawsuit claims Apple ‘failed to exercise reasonable care’ and that it ‘knew, or should have known, that its product would cause unsolicited privacy breaches and eavesdropping’

He claims that the bug caused him to sustain ‘permanent and continuous injuries, pain and suffering and emotional trauma that will continue into the future.’

Since the bug first arose, Apple has disabled the Group FaceTime feature in an effort to reduce further user vulnerabilities.

Many have recommended that users disable the FaceTime app entirely on their device.

The FaceTime affected devices using versions of iOS 12.1 or later.

The issue appeared to stem from the ‘add person’ function of the FaceTime app, confusing it into activating the call recipient’s microphone even before the call is accepted.

In some cases, 9to5mac reported video from the recipient’s device can also be sent before the call is accepted and without the call recipient’s knowledge if they press the power button while on their phone’s lock screen.

The iPhone maker had earlier said it was ‘aware’ of the issue and planned to release a software update later this week to fix the problem.

Still, legislators have said they plan to look into the bug and how it was disclosed by Apple.

‘We need a full accounting of the facts to confirm businesses are abiding by New York consumer protection laws and to help make sure this type of privacy breach does not happen again,’ Cuomo said in a statement.