Apple has confirmed that the iPhone 12 release date will be delayed until at least October after coronavirus lockdowns caused disruption to the global supply chain.

Confirmation of the delay followed rumours circulated by tech leaker John Prosser earlier this week that new iPhones and iPads would be released in October. 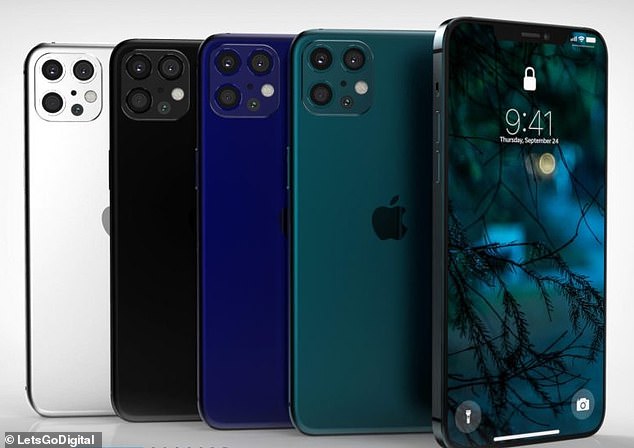 Apple has confirmed that the iPhone 12 release date will be delayed until at least October after coronavirus lockdowns disrupt the global supply chain. Pictured, artist’s renders of the iPhone 12 Pro and Pro Max models released earlier this year, as based on ‘known information’ 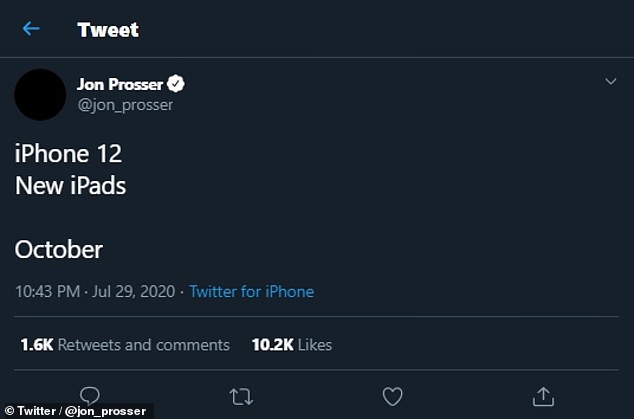 Confirmation of the delay followed rumours circulated by tech leaker John Prosser earlier this week that new iPhones and iPads would be released in October, as pictured

The delay to the iPhone 12 release was announced during Apple’s latest earnings call, in which the company announced positive news for the third quarter this year.

Despite the impact of the coronavirus pandemic — which has seen supply chains severely disrupted — iPhone sales are reportedly up by 2 per cent from last year, a boost which Apple attributes to the iPhone SE 2020 model, TechRadar reported.

The firm has also confirmed that iPad and Mac sales have experienced double-digit growth in spite of the impact of COVID-19.

‘We believe we are going to have a strong back-to-school season,’ Apple CEO Tim Cook said on the conference call, Axios reported.

The present global health crisis also means that Apple will not be placing earnings targets, again, for the fourth quarter of 2020.

According to Mr Prosser, Apple may also unveil new iPad models — including the standard model, the Air and the Mini — alongside the updated iPhone at the delayed launch event in October. 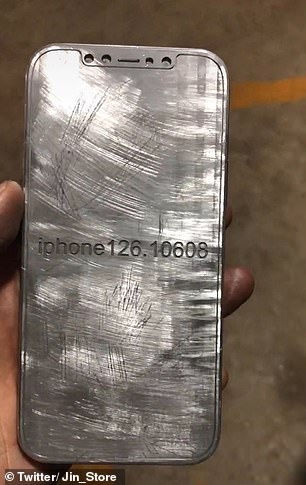 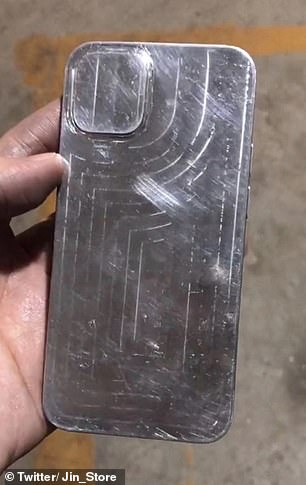 The Apple iPhone 12 is hotly anticipated and will support 5G technology. Pictured, the front (left) and rear (right) of a putative iPhone 12 cast of the kind used to design third-party cases

The Apple iPhone 12 is hotly anticipated and will support 5G wireless technology.

In locations where the necessary infrastructure is already established, these 5G enabled handsets will offer superior download speeds.

The development will see Apple catch up to its Android-based rivals, whose latest offerings have all featured 5G capable handsets.

These include the OnePlus 8 Pro, the Samsung Galaxy S20 and the soon-to-be-released Galaxy Note 20.

Rumours have also circulated online that, with the iPhone 12, Apple may cease bundling matching headphones and a charging adaptor with handset sales. 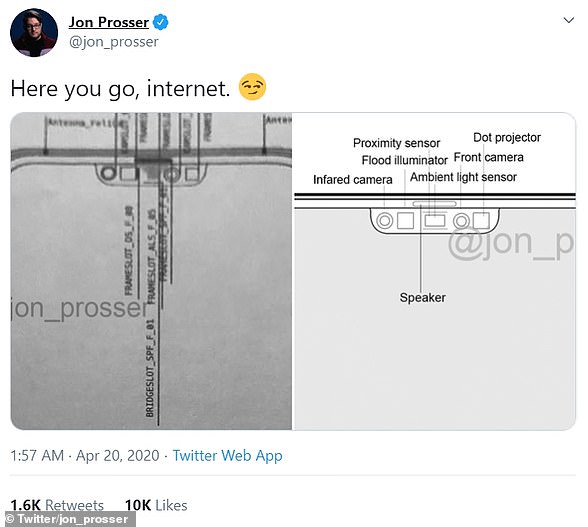 Respected leaker Jon Prosser revealed schematics of a drastically reduced camera ‘notch’ on the front, expected for the iPhone 12

A pair of leaked schematics suggest that Apple’s upcoming iPhone 12 will fall just short of eliminating a camera ‘notch’ on the phone’s display.

The pictures, posted on Twitter by frequent phone leaker Jon Prosser, show what appear to be official Apple schematics for its next flagship iPhone – specifically a drastically reduced ‘notch’ that stores the device’s front-facing camera components.

According to the schematics the microphone will be moved to the top of the device’s display in order to compress the size of the camera notch.

Citing ‘people familiar with the plans,’ the report notes that Apple is set to release four new smartphones this year, according to The Wall Street Journal.

The devices will come in three different sizes, one will be 5.4 inches, two at 6.1 inches and another model is 6.7 inches – some of the handsets will support 5G.

Apple’s iPhone 12 could also be completely wireless, meaning users will not receive a free pair of earbuds and be forced to purchase the firm’s $159 AirPods.

The news was revealed by well-known Apple product predictor Ming-Chi Kuo, who believes the tech giant may offer promotions or discounts on the AirPods this holiday season.

Kuo also noted that Apple is not expected to release new models of AirPods or AirPods Pro until 2021, 9to5Mac reports.