Apple declares a price war on Netflix with the launch of £4.99 video streaming service which will be available from November

Apple has declared a price war on Netflix and other streaming platforms after announcing its own TV subscription service will cost just £4.99 a month.

The new Apple TV+ service will launch on November 1 in 100 countries around the world, including the UK.

Apple confirmed that both the TV+ and gaming service Arcade would cost £4.99 a month each at its highly-anticipated product launch event at the Steve Jobs Theater in Cupertino, Silicon Valley on Tuesday.

The TV subscription will be able to be shared between six people.

In comparison, Netflix’s cheapest plan costs £5.99 a month with a premium subscription, which can be shared between four people, costing £11.99.

After the TV+ was announced, shares in Netflix fell 3.3 per cent while Disney, which controls Hulu and will release the Disney Plus streaming service later this year, dropped 2.3 per cent. 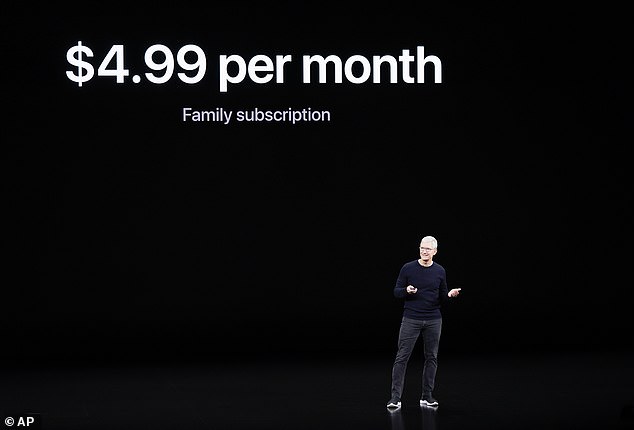 Months after revealing its most ambitious foray into services yet, Apple has finally disclosed more details on the TV+

Apple has been generating hype for the TV service in recent months with trailers to some highly-anticipated exclusives, including ‘See’ featuring Jason Momoa and drama series ‘The Morning Show,’ produced by Jennifer Aniston and Reese Witherspoon.

The foray into TV and gaming comes as Apple tries to reduce its reliance on sales of the iPhone.

This summer marked the first time since 2012 that the iPhone did not make up 50 per cent of Apple’s revenue.

‘Our mission is to bring you the best originals stories from the most creative minds in TV and film,’ Apple CEO Tim Cook said during the event.

People who purchase Apple products will get a special perk: one year free subscription to Apple TV+.

This applies to iPhone, iMac, and Apple TV.

The TV service will launch with a slew of shows and movies from the get-go, and more will be added each month, Apple says.

Apple TV+ originals will be available to watch on or offline, and are ad-free. 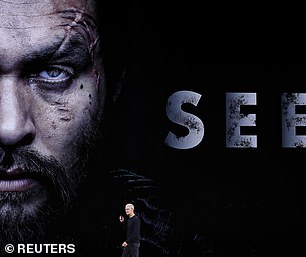 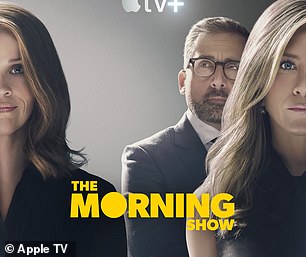 Apple kicked off the product event with a look at its upcoming gaming service.

‘We’re adding a whole new way for you to enjoy games on the app store,’ CEO Tim Cook said.

Apple Arcade will exist as a new tab in the App Store, and subscribers will have unlimited access to its library, which will be continually updating.

It will launch with over 100 titles from popular game-makers, including Konami, Capcom, and Annapurna, starting with Frogger, Shinsekai into the Depths, and Sayonara Wild Hearts.

New games are also expected to be added in the coming weeks, the firm says. 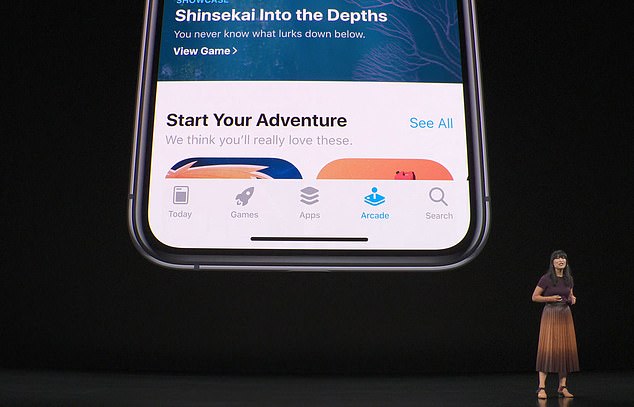 Apple kicked off the event with a look at its upcoming gaming service, Apple Arcade. Apple Arcade will exist as a new tab in the App Store, and subscribers will have unlimited access to its library, which will be continually updating

‘Instead of paying upfront, a subscription allows you to play any game,’ said App Store manager Ann Thai on stage.

Games will be available through Apple Arcade will be playable on iPhone, iPad, iPod touch, Mac and Apple TV, and they can be played offline.

The service will also allow up to six family members to access one subscription using Family Sharing.

Apple Arcade will be available on the App Store Sept 19, followed by iPadOS and tvOS on Sept 30 and macOS Catalina in October. 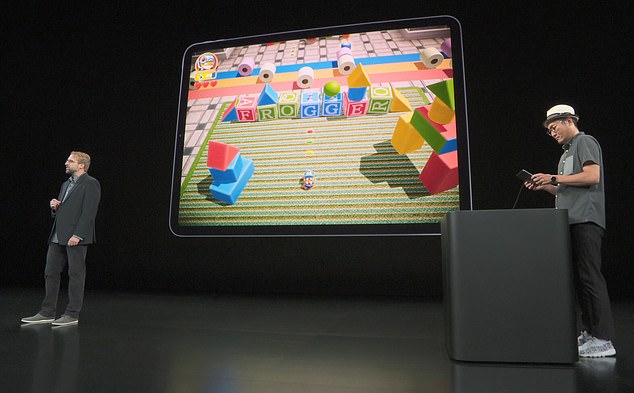 Apple Arcade will launch with over 100 titles from popular game-makers, including Konami, Capcom, and Annapurna, starting with Frogger, Shinsekai into the Depths, and Sayonara Wild Hearts

Apple, declares, Ne, on, price, War
You may also like:

Horror films stimulate regions of the brain associated with survival