Apple is widely-tipped to take the wraps off three new iPhone models today, including its biggest and most expensive smartphone yet.

The company is scheduled to hold its annual hardware media event at its spaceship-like Apple Park headquarters in Cupertino, California tonight.

The presentation, which will be held inside the Steve Jobs theatre – named after the late co-founder of the trillion dollar company, will start at 10am PDT (1pm EST, 6pm BST).

Most of the buzz around the upcoming event is centred around a rumoured iPhone X successor that will purportedly boast a mammoth 6.5-inch OLED screen — up from 5.8 inches on the existing iPhone X.

If the speculation pans out, the even-bigger iPhone would represent Apple’s attempt to feed customers’ appetite for increasingly larger displays as they rely on smartphones to replace many of the tasks traditionally done on a laptop or tablet.

A leak spotted in a hidden file on the firm’s website today appears to confirm the official names for the new handsets – the iPhone XS, XS Max, and XR. 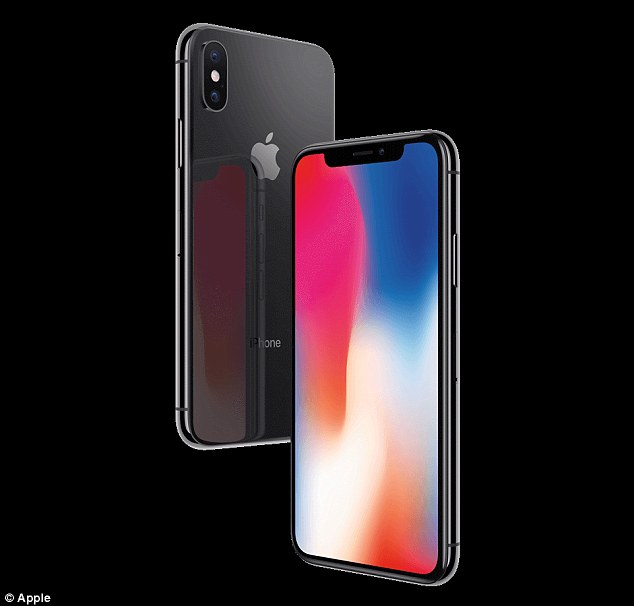 All three new smartphones unveiled by Apple today are expected to have a design similar to the iPhone X, which was introduced during a media event last September.

The iPhone X was the first Apple-branded handset to ditch the circular home button and rely on facial-recognition technology to unlock the device.

The success of the iPhone X has allowed Apple to up the ante with a updated, larger model of the handset, whose price is expected to be unveiled today.

Apple also is expected to release an updated iPhone X with minor updates, including a faster processor and better cameras, as well as a third version made of cheaper materials and boasting a 6.1-inch LCD screen.

Even so, the entry-level 2018 iPhone is still expected to sell for $650 to $750 (£500 to £600), according to analysts. The cheaper phone also is expected to lose the home button. Price cuts for older models, with the home button, are also likely. 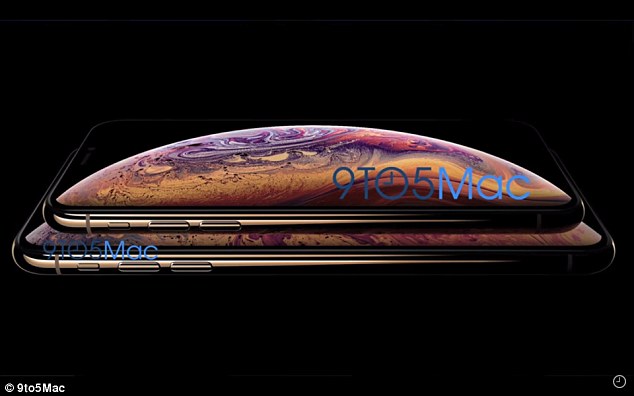 The iPhone XS: The two premium devices have 6.1 and 6.5inch OLED screens, it is believed. 9to5Mac says its images ‘are not a mockup’

The rumoured handset names – the iPhone XS, XS Max, and XR – can be found in a hidden file that maps the contents of Apple site.

The ‘S’ suffix is something Apple has used in previous years to denote a handset with the same industrial design as its predecessor — but performance-focused updates inside the phone.

The iPhone XS Max will feature a larger 6.5-inch screen. All new iPhones will include the new A12 Bionic chip and iOS 12.

Leaked images claiming to show the final design of the device appear to show a new gold finish for the updated smartphone range.

‘Apple doesn’t have to prove anything, other than that they are willing to segment the market more,’ Technalysis Research chief analyst Bob O’Donnell said, while pointing out that the company will likely be ‘offering a wider array of choices.’

According to the latest rumours, the two OLED models will hit stores on September 21, 2018, while the cheaper LCD screen phone could be delayed until October.

Apple is also expected to take the wraps off a new Apple Watch.

The new wearable, purportedly dubbed ‘Series 4’, is expected to include a display that is 15 percent bigger, have a bigger battery, an official sleep tracking app and EKG technology (ECGs or electrocardiograms).

EKG technology can provide much more detailed information than the heart rate monitor used on the current-generation Apple Watch 3, as it uses electricity currents in order to determine the user’s heart behaviour.

The new models are expected to be the same two sizes as the previous versions – 38mm and 42mm and will be offered in two different types, GPS and GPS + cellular.

Apple Watch Series 4 is expected to be compatible with the same straps as the previous generation of the smartwatch.

It’s unclear whether the price will increase with the new model.

Following the release of a more affordable iPad designed for students and teachers in March, insiders believe Apple will focus on the iPad Pro during its event today.

The latest rumours suggest the updated iPad Pro will have an edge-to-edge display without increasing the overall physical footprint of the product.

For the AirPods, Apple is tipped to release two models this year – one would be a refreshed version of its current $159 (£159) model, while the other would be a slightly pricier iteration.

The pricier model is expected to feature noise-cancelling technology, as well as water resistance.

However, the water-resistance feature wouldn’t allow users to swim while wearing AirPods – rather, it would more likely equip them to better handle rainwater and perspiration, sources speaking to Bloomberg revealed. 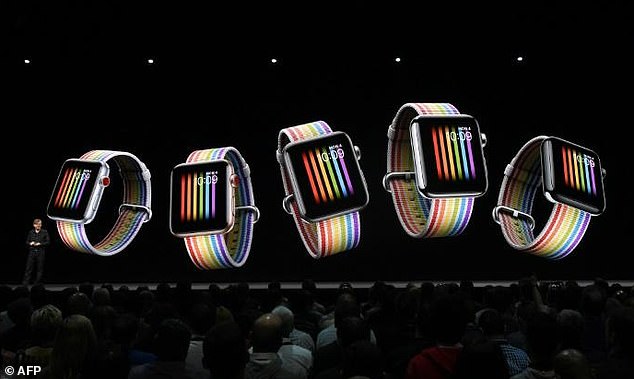 Apple is also working to increase the distance that AirPods work away from devices like the iPhone or iPad.

Meanwhile, the upgraded version of its $159 (£159) model is expected to feature a new chip from Apple that would allow for improved use of Siri, such as hands-free activation of the voice assistant.

Both products could be released as soon as the end of this year, Bloomberg said.

Apple is also working on a wireless charging case for the AirPods that would be compatible with its yet-to-be-released AirPower charging mat.

Apple hasn’t discussed AirPower publicly since it was first announced during the iPhone X launch event in September 2017.

At the time, Apple said it expected the device to be available for purchase in 2018, but it didn’t say when specifically.

In a rare move for Apple, it suggested that users buy charging hubs from Mophie and Belkin, instead of selling its own charging accessories.

Apple had hoped to have AirPower ready to go by June, but now it aims to have the device available in the fall.

The firm has struggled to make the charging mat because it’s supposed to charge three different products at once – an iPhone, an Apple Watch and its wireless AirPods headphones, Bloomberg said.

Engineers have also been working to make sure the product doesn’t overheat.

They’ve also been trying to navigate challenges associated with AirPower’s complex circuitry, which they hope will allow the user to charge a device no matter where you place a device on the pad, according to Bloomberg.

In order to charge multiple devices at once, the mat has to be fitted with several charging components, each of which are different sizes and overlap across the mat – a task that has proven difficult.

The device is based on the Qi charging standard, but it has also been customized with an Apple-made chip that runs a stripped down version of iOS to better control power management and pairing with other devices.

It’s now been nearly a year since AirPower was first announced and with no sight of the device yet, many are noting that it highlights Apple’s growing supply chain challenges.

Apple faced similar issues with the HomePod smart speaker, which was released earlier this year, about six months after the device was first announced. 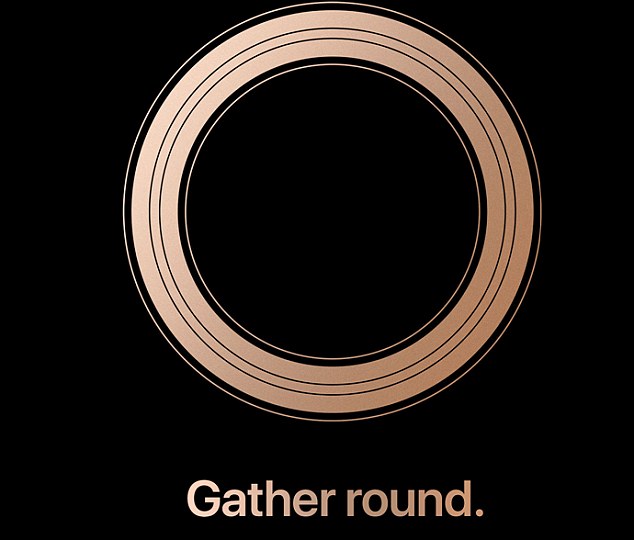 Samsung, the world’s biggest smartphone maker, last month unveiled its latest flagship handset, the Galaxy Note 9, and next month Apple rival Google will hold an event at which it is likely to showcase new Android-powered top-end Pixel phones.

Google took to making its own smartphones to showcase the capabilities of the Android operating system that it makes available free of charge to handset makers.

With the smartphone market showing little room for growth, Apple has been working to diversify its revenue streams with software, services and other devices including its smartwatch.

The event may see the Apple Watch getting its first significant redesign since its launch three years ago.

‘I think that in the long run the watch will be a much larger business than people give it credit for; where Apple can iterate and grow,’ analyst Stephen Baker of NPD said.

Apple chief executive Tim Cook has touted fitness and health features of the company’s smartwatch, which dominates that market.

The culture-changing company behind the iPod, iPhone and iPad hit a historic milestone last month, becoming the first private-sector company to surpass $1 trillion in market value.

The landmark was the latest victory for Tim Cook, who faced skepticism when he took over as chief executive in 2011 from Jobs just before his death.