Archaeologists studied a 5ft (1.5m) long tusk featuring drawings of four camels and a human in a camel suit discovered in the lower Tom river in western Siberia. The team believe this may have depicted how hunters disguised themselves as camels in order to get closer to the beasts and kill them.

Among the etchings were depictions of camels locked in a fight thought to represent the start of a mating season and a vital stage in the cycle of the human community.

The comparative analysis of the stylistic features of the camel figures shows that they correspond to the age of the tusk itself, making them, at present, the oldest camel images in Asia

The camels shown on the tusk are consistent with images of camels painted in caves from around the same time.

The oldest-known painting was from the Kapova cave in the Ural mountains dating to about 19,000 years.

The difference to those is that this shows camels ‘fighting’ neck to neck and one pair have arrows and wounds suggesting they were hunted by humans, according to study author Dr Yury Esin.

The authors wrote: “The comparative analysis of the stylistic features of the camel figures shows that they correspond to the age of the tusk itself, making them, at present, the oldest camel images in Asia. 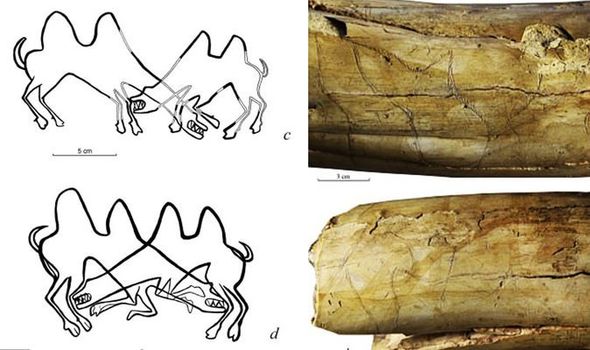 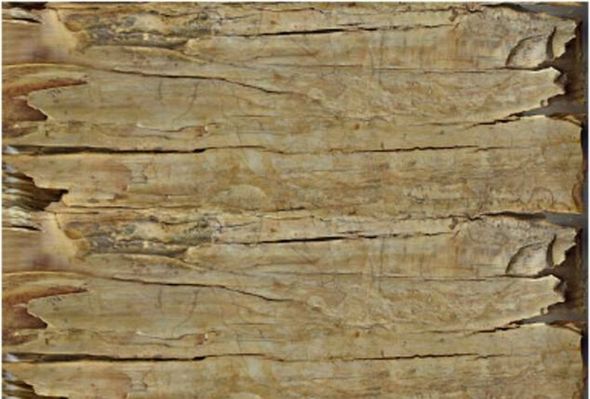 “The discovery of the engravings in this region is consistent with the theory of mobile population groups moving to western Siberia in the Late Upper Palaeolithic.”

Etchings could be designed to illustrate how important camel fights and hunting were to the culture of the community responsible for the animal art.

Dr Esin believes this hunting may have been seasonal and the fights likely happened at the start of the mating season.

He believes the fights may have marked a vital point in the annual cycle for the human community living around the camels. 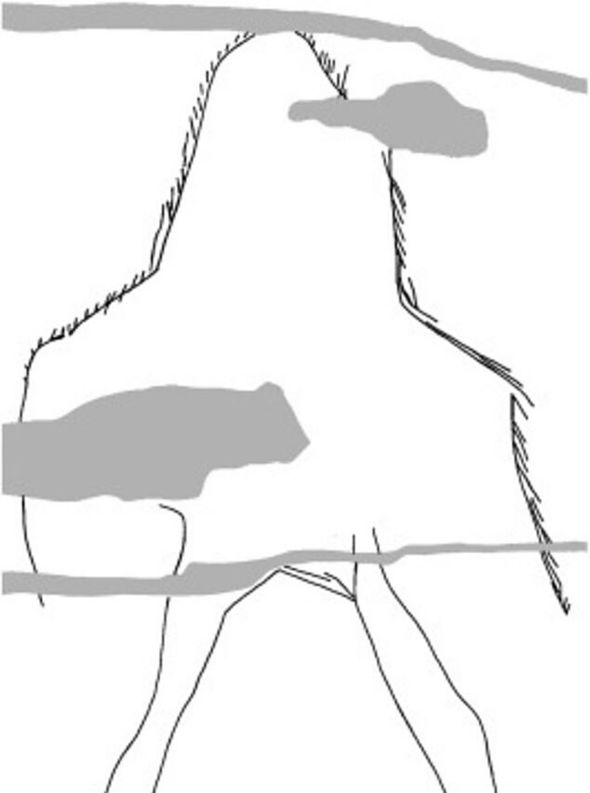 Not many camel bones have been found in the Tom river – the ones that have been uncovered date to between 30,000 and 55,000 years ago, Dr Esin added.

There are some dating back to the time of the tusk, approximately 13,000 years ago.

However, they were found hundreds of miles downstream of the river.

According to Dr Esin, this suggests the community were probably nomadic.

The ‘human disguised as a camel’ was an apparent example of a way for hunters to ‘sneak up’ on the beasts and make it easier to kill them.

DON’T MISS
Is the UK prepared for an incoming asteroid impact? [INTERVIEW]
USGS reveals what would happen if Yellowstone volcano erupted [INSIGHT]
Before and After pics show horror of Antarctica ice melt [PICTURES]

This tusk was first discovered in 1988 during a construction project but had remained unstudied until the Khakassian Research Institute for Language, Literature and History team started their research.

Dr Esin said very little is known about the ancient humans living in this area of Siberia but there is evidence they hunted mammoths – and now that they hunted camels.

It wasn’t an easy task for researchers, as by the time they started studying the tusk it had already started to break and crack due to ‘inappropriate storage’.

The actual engravings themselves are also different to others discovered.

Dr Esin said: “The engravings on the tusk from the Tom River have special features, which make them difficult to document. 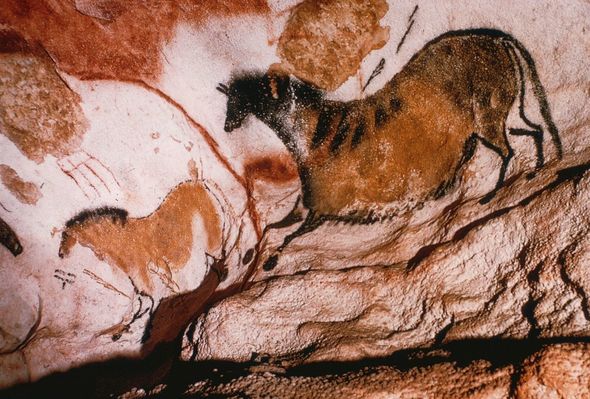 “They have very thin and shallow lines, making them barely visible and tedious to trace and the engravings are on the surface of a round, long, curved and heavy object.”

This means the tusk has to be rotated to recognise what has been drawn – but its poor condition made this difficult as it was already beginning to disintegrate.

They took a series of images, including close-up macro photographs of the engravings to identify ways they may have been created.

Dr Esin said: “The engravings were created with a very sharp cutting tool, which, depending on the amount of pressure applied, could produce a line about 0.1–0.15 mm thin, or even less.”

On the surface of the tusk they found four images of two-humped camels depicted in the same style and using similar techniques and tools.

The researchers added: “All camels are depicted with only two legs.

“The lower ends of the foot contours, in most cases, are not connected.

“The camels have patches of thick fur sticking out from the upper parts of their forelegs, bellies, under their necks, at the base of the humps (between the front hump and the neck, the back hump and the croup) and on their foreheads.

“All in all, the figures of the animals are quite realistic and demonstrate a good knowledge of the subject.”

They said they could also detect signs of arrows and wounds on the camel bodies including parallel lines close to the front of each other that could show bleeding.

Dr Esin added: “Similar images of camels facing each other are quite common in the art of different cultures of the Bronze Age, Early Iron Age and Medieval period in southern Siberia and Central Asia.”