The archaeologists have concluded their search 75 years after the end of World War II. Between 1942 and 1945 armed groups under the banner of the Ukrainian Insurgent Army (UAP) were fighting Nazi Germany and the Soviet Union as well as neighbouring Poles and later Communist Poland. Historians agree Ukrainian nationalists stood behind the ethnic cleansing of Poles in German-occupied Poland and parts of Ukraine.

In June and July this year, Poland’s Institute of National Remembrance (IPN) has combed through Hrubieszów County in southeast Poland for UAP victims.

IPN has now confirmed the skeletal remains of three people were uncovered in a field near the village of Liski.

The village sits close to the modern-day border between Poland and Ukraine.

IPN said: “In June and July 2020, the IPN Search and Identification team led field works in the Hrubieszów County, the purpose of which was to find the remains of Poles murdered by Ukrainian nationalists (UPA) in 1945. 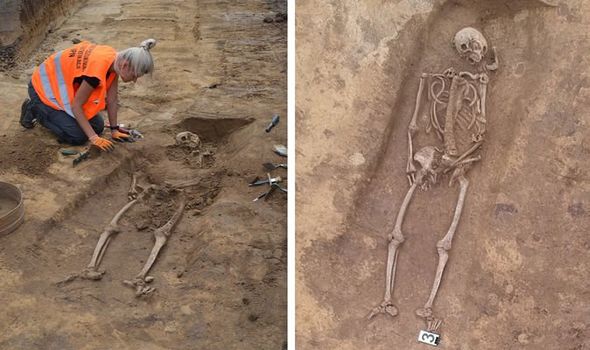 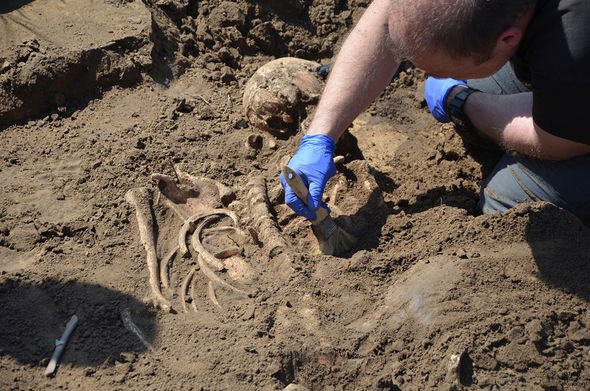 “The result of the team’s work was to find the remains of three people.

Archaeological excavations in Liski were led on June 5 and between July 6 and July 8.

The goal was to locate and recover the remains of Poles murdered by a UAP unit or sotnia known as “Wowky”.

Over the course of the two-stage excavations, archaeologists exhumed the remains of three people.

Their bodies were buried at a shallow depth in singular graves.

The remains were found next to a dirt track running through a field.

IPN said: “Shallow pits formed after clay was extracted from the ground were used as their hiding place.”

The archaeologists did not find any personal effects alongside the buried dead.

The remains were transported to the Medical University of Lublin’s Office of Forensic Medicine, in Lublin, eastern Poland. 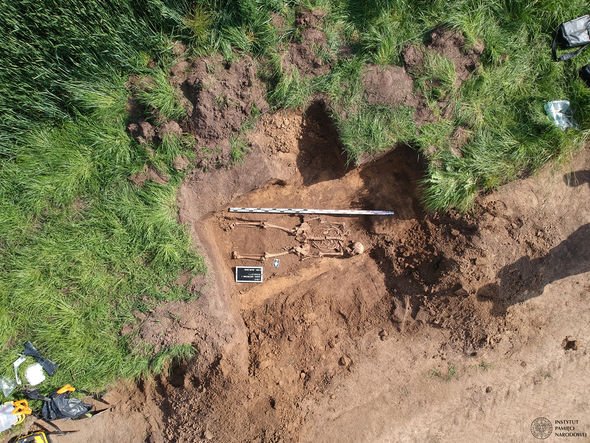 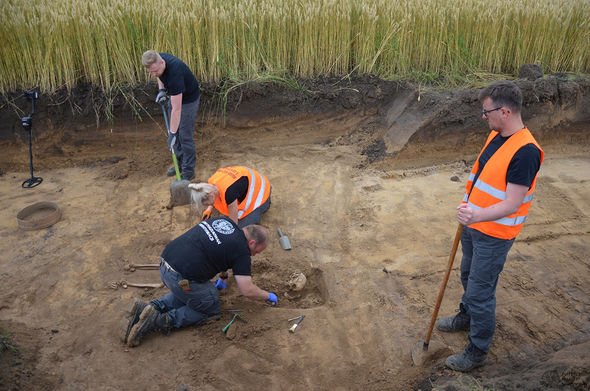 Forensic analysts will study the remains for their “genetic identities”.

The search was carried out under the Hrubieszów District Attorney and later the Commission for the Prosecution of Crimes against the Polish Nation office in Lublin.

The UAP was formed in 1942 in a bid to form an independent and mono-ethnic Ukrainian state.

Towards this goal, UAP insurgents fought the Soviets, Germans and Poles alike.

There are, however, instances of the UAP collaborating with Nazi Germany.

The UAP and other factions of the Organization of Ukrainian Nationalists (OUN) were responsible for the massacres of Poles in Volhynia and Eastern Galicia in modern-day Ukraine.

Many of the killings were linked to the Bandera faction of the OUN.

In 2016, the Polish Government officially recognised the massacres as genocide.