Arctic birds weaken their own immune systems to save energy

Arctic birds weaken their own immune systems to save energy for hunting and keeping warm during the coldest months, study shows

Birds living in the frozen Arctic are able to take extreme measures to save energy – they can weaken their immune system during the coldest months to keep warm.

Doing this opens them up to health risks, but makes them more energy efficient which also helps when hunting, according to the team from Lund University.

The Swedish researchers  examined the immune system strength of the Svalbard rock ptarmigan that lives the farthest up in the Arctic of any land bird for the study.

This ability appears to be particularly important during the five coldest months of the year when there is no daylight – from October to March. 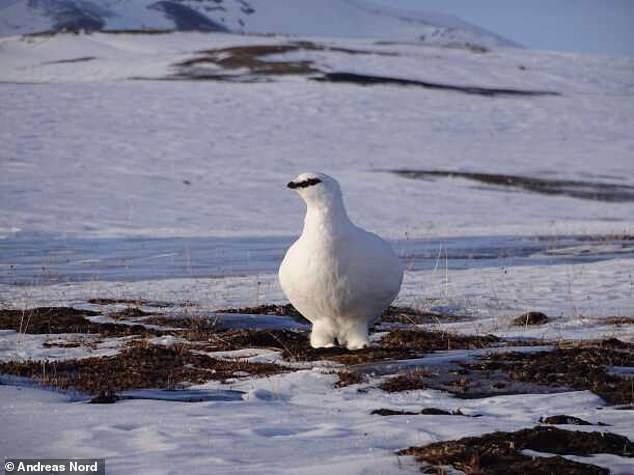 Lund University researchers, led by Dr Andreas Nord, found that while the birds are used to the extreme cold harsh environments, this was one coping mechanism.

‘We have discovered that the birds reduce how much they spend on keeping their own immune defence system up and running during the five months of the year when it is dark around the clock, probably to save energy,’ said Nord.

‘Instead, they use those resources on keeping warm and looking for food. When daylight returns, their immune response is strengthened again.’

These birds are used to extreme cold harsh environments but researchers were fascinated to find that their immune response varies between winter and late spring.

Dr Nord said: ‘A weaker immune system is probably a part of all the adaptations that Arctic animals use to save energy in winter.

‘The risk of being infected by various diseases so far north is less in winter than when it becomes warmer towards summer.’

In order to save energy the Svalbard rock ptarmigan weakens an already weak immune system. 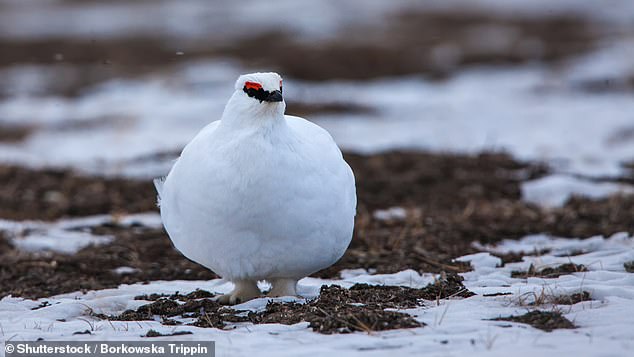 The ability is probably due to the fact that the species evolved in the Arctic where there has been less of a need for a very strong immune defence system.

‘This may have negative consequences when the climate changes and migratory birds arrive earlier in the Arctic and leave later,’ said Nord.

He added as ‘more and more tourists also come ashore in places where people have not set foot before’ the lower immune system birds could be more exposed.

‘Such a scenario paves the way for an increased risk of disease and may be a threat to animals that have evolved in the Arctic where a strong immune defence system might not have been needed.’

The findings are published in the Journal of Experimental Biology.

Arctic, birds, Own, their, weaken
You may also like:

NASA snub: Agency is ‘consistently struggling’ and ‘unlikely’ to land on the Moon by 2024

Covid-19 has NOT become more infectious

Look up! The Moon and Mars conjunction will dominate the night sky tonight – ‘Can’t miss’