A ‘crazy’ year of heat waves and forest fires has led to Arctic sea ice melting to the second lowest level on record, according to a new study.

Experts from the National Snow and Ice Data Centre (NSIDC) found that the sea ice in the Arctic was 1.44 million square miles at the end of the annual summer melt.

This is the second lowest level of sea ice cover at the end of summer in the nearly 42 years since satellites started recording sea ice extent – the lowest was in 2012.

The low level of sea ice has been blamed on a crazy year due to near 100 degree Fahrenheit heat waves in Siberia and massive forest fires across the region.

Campaigners have called for governments to take immediate action including policies aimed at reducing the level of greenhouse gas emissions. 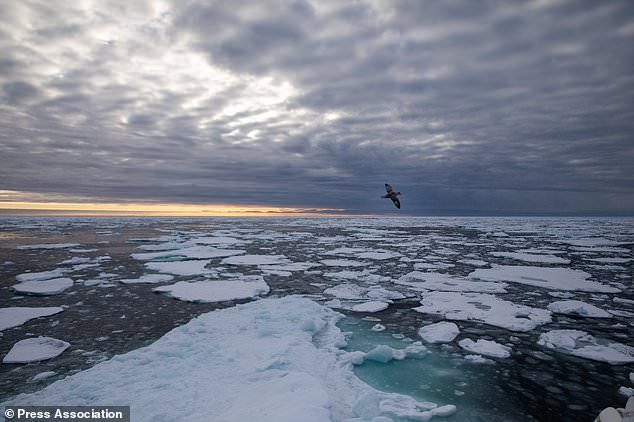 A ‘crazy’ year of heat waves and forest fires has led to Arctic sea ice melting to the second lowest level on record, according to a new study

Mark Serreze, director of NSIDC said 2020 will stand as an ‘exclamation point on the downward trend in Arctic sea ice extent’.

‘We are headed towards a seasonally ice-free Arctic Ocean, and this year is another nail in the coffin,’ explained Serreze.

Ed Blockley, Met Office scientific manager for polar climate, said it was only the second time sea ice in the Arctic has dropped below 1.5 million square miles.

‘This threshold has been crossed because this summer has seen several periods of very rapid sea ice loss linked, in part, to the record-breaking heatwave in Siberia.

‘The Arctic is one of the most vulnerable regions on Earth to climate change and warming here will have consequences for the region and the planet as a whole.’

The news of the low ice cover prompted calls from environmental campaigners for rapid action to curb climate greenhouse gas emissions and protect the oceans.

Rod Downie, chief polar adviser at WWF, said the Arctic was in ‘meltdown’ and was one of the most ‘visible and dramatic’ signs of the climate crisis we face.

‘That has profound implications for the iconic species of the ice, from walrus to polar bears, and for the people who call the Arctic home,’ said Downie.

‘What happens in the Arctic doesn’t stay in the Arctic,’ he warned, adding that the UK is the Arctic’s closest neighbour and these extreme events affect us all.

He warned of changes in the weather to increasing sea levels as potential impacts on the UK as a direct result of the climate crisis in the Arctic.

Martin Siegert, Co-Director of the Grantham Institute – Climate Change and the Environment at Imperial College London, said we are causing climate change.

‘The level of carbon dioxide in the atmosphere is over 400ppm, and it hasn’t been that high for something like four million years,’ he said.

The last time atmospheric carbon dioxide levels were that high – temperatures were 5.4F-7.2F higher than today and the sea level was 65 feet higher.

‘Given enough time that’s where we’ll be,’ warned Siegert. 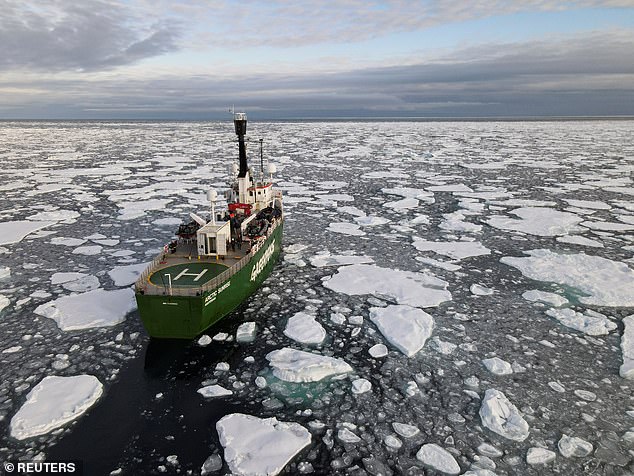 Ed Blockley, Met Office scientific manager for polar climate, said it was only the second time sea ice in the Arctic has dropped below 1.5 million square miles

Dr Jack Landy, Lecturer and Research Fellow, University of Bristol, said it was just a single tongue of sea ice drifting out into the Canadian Beaufort Sea that kept up from setting another record minimum sea ice cover level.

‘Every year seems to drag the declining sea ice trend steeper and steeper downwards. But we cannot really expect anything else unless the equally record-setting Arctic temperatures start to abate.’

Greenpeace Ship Arctic Sunrise, campaigner Laura Meller said this was a sobering indicator of how closely our planet is circling the drain.

‘As the Arctic melts, the ocean will absorb more heat, and all of us will be more exposed to the devastating effects of climate breakdown.’

She said the Arctic ice cap is a frozen ocean in need of protection and we need to ‘hit the reset button right now’ on how we look after each other and our planet.

Hitting the reset button involved protecting at least 30 per cent of our oceans by 2030 to help our planet cope with the climate breakdown, Meller explained.

Dr Twila Moon, Research Scientist, University of Colorado at Boulder, said it was devastating to see yet another Arctic summer end with so little sea ice. 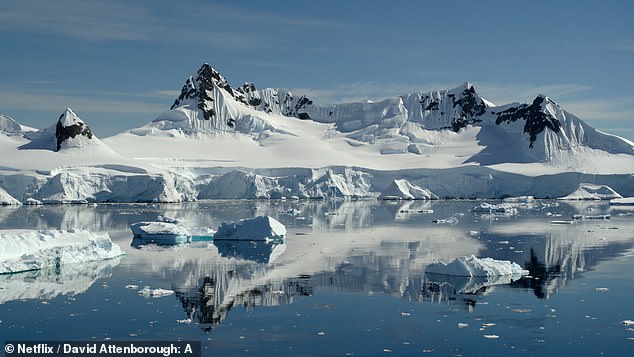 Greenpeace Ship Arctic Sunrise, campaigner Laura Meller said this was a sobering indicator of how closely our planet is circling the drain

‘Not only is there a very small area of sea ice, but it also younger and more vulnerable overall. The Arctic is a changed place. All hope rests on humans to act on climate and slow this alarming pace of ice loss.’

We are living in a changed world and very low sea ice areas are one indicator of this dramatic change – others include the Arctic wild fires and heatwaves.

A low sea ice area also affects animals that people use for food and the climate that we feel even in countries far from the Arctic.

‘Any hope of slowing the loss of sea ice rests in people and nations all over the world taking action to counter climate change,’ explained Moon.

‘The antidote is strong policy and action by citizens across the globe to reduce emissions of polluting gases.

‘Not only will this help to protect Arctic sea ice and the animals and people who depend on it, but also reduce future risks from all climate hazards – from flooding to drought, wildfires, and health and economic impacts of sea level rise. We must act.’

Arctic, FALLS, Ice, Sea, second, to
You may also like: