Asteroid horror: Aftershock that wipes out all human life revealed – ‘The real killer’

A small asteroid recently shot towards Earth at 14.9km per second, and NASA admitted it did not know it was coming. The incident re-iterated the need to keep a closer eye on the sky in case a massive space rock comes hurtling towards the planet. In the documentary series ‘Miracle Planet’, geological sciences professor Dr Peter Schultz outlines how all life would be wiped out in the aftermath of a huge asteroid hitting Earth.

Alongside computer simulated footage of a large asteroid hitting earth, he explains: “When you have an impact you have that instant in which all this energy is covered to heat.

“But that’s only part of it, you then have the vapour that expands and heats up the atmosphere as well. So now you are no longer dealing with just the point of impact and the vapour that’s created there.

“You now have material that is expanding, eventually some of that material is expanding and goes out of the atmosphere of the earth, then comes back down.

“During the time when it comes back down it’s generating more radiation, so that you have the heat of the impact then you have the vapour that heats the atmosphere and it turns to the surface of the Earth. 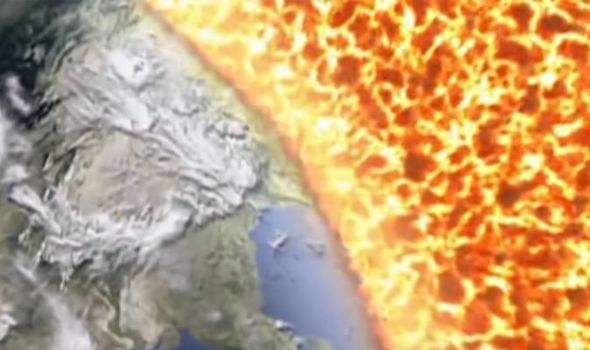 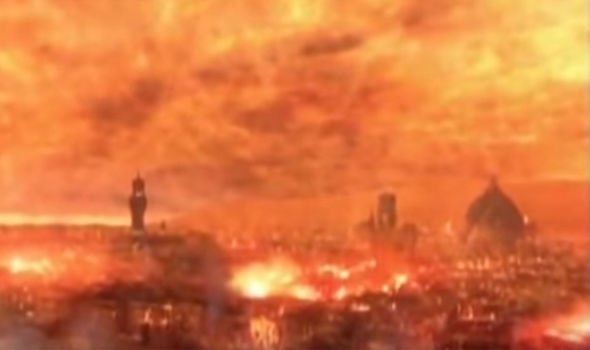 “As it goes through the atmosphere it will create enough energy to literally fry, completely combust, any living organism that would exist.”

Earlier in the episode, Brown University’s Dr Schultz adds: “When a asteroid hits the surface of the Earth the material is heated up to temperatures that get up to the point of 4000C to 6000C. 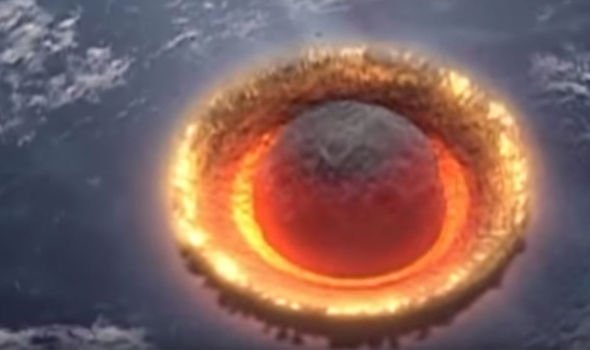 Meanwhile, in real-life events, a three-metre wide space rock known as 2019 MO exploded when it hit the planet’s atmosphere on 22 July above the Caribbean, but the way it approached unexpectedly reaffirms the need for more eyes on the sky.

Davide Farnocchia, a scientist at NASA’s Center for Near Earth Object (NEO) Studies, said: “Asteroids this size are far smaller than what we’re tasked to track. They’re so small, they would not survive passing through our atmosphere to cause damage to Earth’s surface.” 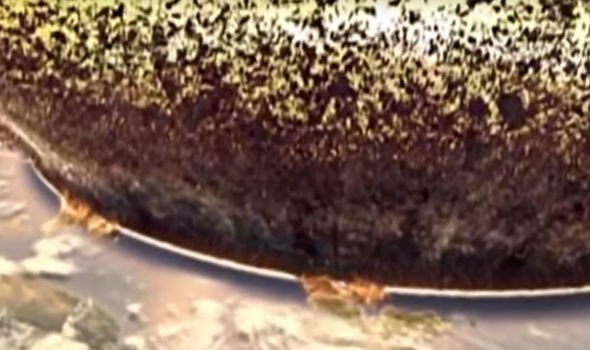 Just last month, the European Space Agency (ESA) said it too missed an NEO recently, calling for better asteroid watch. On July 25, a huge asteroid which was roughly the size of a football pitch, skimmed Earth, and scientists were unaware it was coming. The asteroid in question is known as ‘2019 OK’ and when it was first discovered, it was not classed as a near-Earth asteroid.

However, the European Space Agency (ESA) confirmed that scientists had only noticed it was travelling near Earth “just days” before it whizzed past at a distance of 40,000 miles (65,000 kilometres) – one fifth of the distance to the Moon.

The ESA stated: “The 100 m-wide asteroid dubbed ‘2019 OK’ was detected just days before it passed Earth, although archival records from sky surveys show it had previously been observed but wasn’t recognised as a near-Earth asteroid. We know of, and are tracking, thousands of asteroids in the Solar System, so why was this one discovered so late? Unfortunately, there is currently no single obvious reason, apart from its slow motion in the sky before close approach.

“2019 OK also travels in a highly elliptical orbit, taking it from within the orbit of Venus to well beyond that of Mars. This means the time it spends near Earth and is detectable with current telescope capabilities is relatively short.

“ESA, NASA and other agencies and organisations around the globe – professional and amateur – discover new asteroids every day. This work constantly increases our understanding of the number, distribution and movement of orbiting rocky bodies.”