In early April, the Hayabusa2 spacecraft fired a bomb at an asteroid, then ducked for cover to wait for the debris to settle. But before it did, Hayabusa2 watched the projectile race toward the asteroid, dubbed Ryugu. And space scientists hope the aggressive action will unlock the origin of the solar system.

The Hayabusa2 spacecraft, which is operated by the Japan Aerospace Exploration Agency (JAXA), has studied the asteroid since June 2018.

As part of its mission, the Hayabusa2 spacecraft has interacted with Ryugu in a series of innovative ways, designed to help scientists learn about the space rock.

First, Hayabusa2 released a series of small, hopping rovers onto the surface.

Next the cutting-edge probe lowered itself down to the surface of Ryugu to hover-up up a sample of its rock. 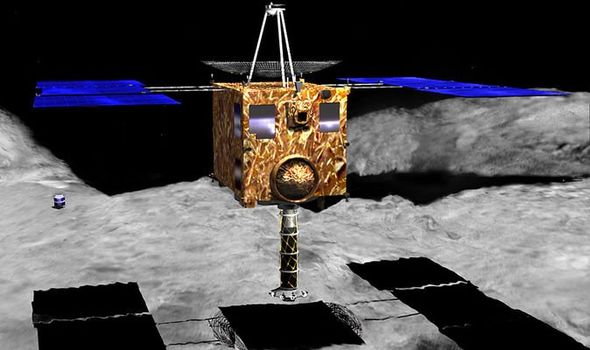 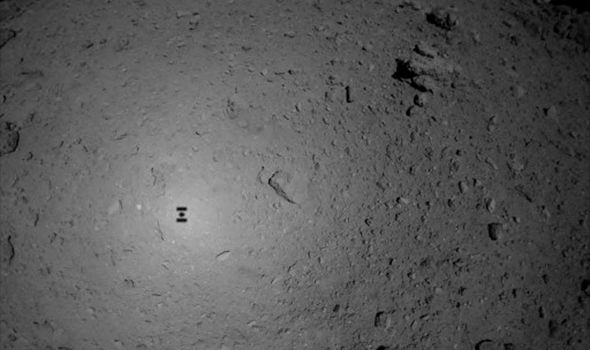 And the latest attempt is the most violent experiment of the lot – dropping an explosive device to create an artificial crater on the asteroid’s pockmarked surface.

This April 4 experiment went exactly as planned, and the Japanese space agency has finally released the dramatic video footage of the impactor on its way toward the space rock.

The video was taken from the main spacecraft, meaning it cuts out prior to the explosion.

In order to protect itself from flying debris, Hayabusa2 ducked behind Ryugu and stayed there for a fortnight.

But the video still offers an incredible look at the asteroid’s rocky surface from 500m (1,640ft).

JAXA was able to confirm within a day of the daring manoeuvre that the impactor definitely hit target and released a grainy image of debris flying off the space rock.

But JAXA is yet released any photos of the crater left behind by the process, which is expected to be the size of a double-decker bus.

Scientists will be using those images — and perhaps even a sample scooped up from the crater, if the mission meets its remaining goals — to better understand the interior of Ryugu. 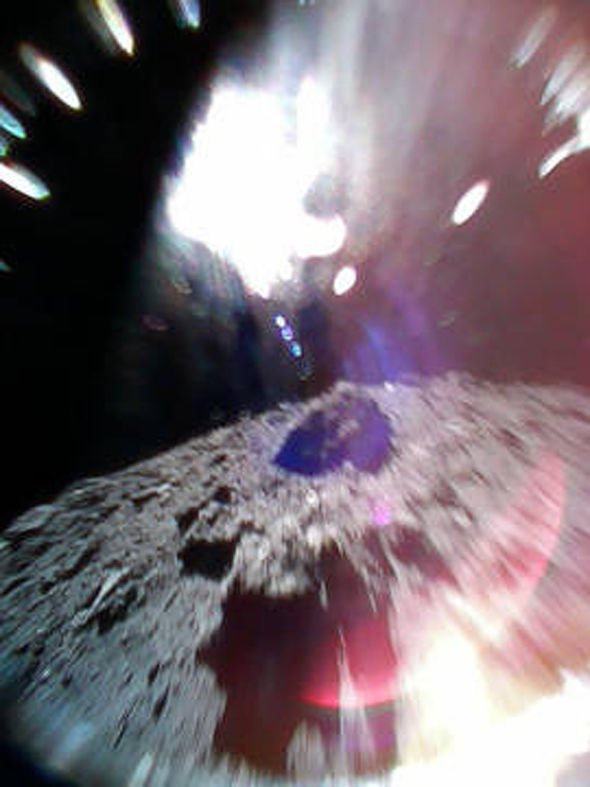 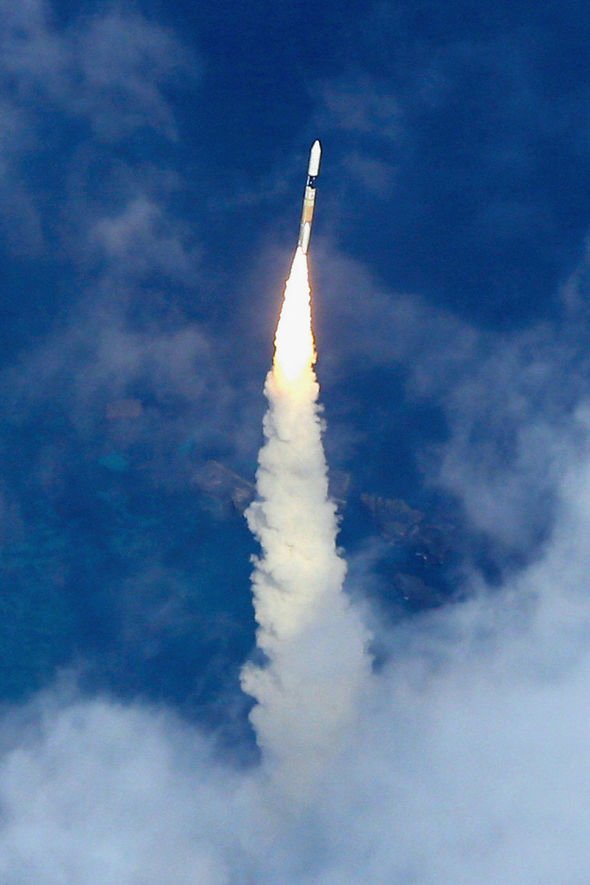 The artificial crater should have excavated away some of the surface materials of the asteroid, giving scientists access to pristine rock uncontaminated by the brutal conditions of space.

In addition to inspecting the crater, JAXA also intends to release one final small rover onto Ryugu’s surface before packing up and heading home at the end of the year.

When the spacecraft returns to Earth, it will bring with it samples of the distant world it has spent so long studying — precious cargo from its increasingly violent studies.