The “near-Earth” asteroid dubbed was photographed today, Wednesday, October 9. The rogue space rock, visible as a speeding speck in the image has been described as making a “close encounter” with our planet. This is because 2019 SL7 will eventually come as close as 335,540 miles (540,000km), which is roughly the distance to the Moon.

“The telescope tracked the apparent motion of the asteroid, this is why stars show as small trails, while the asteroid looks like a sharp dot of light in the centre of the image, marked by an arrow.

This asteroid has been estimated to be as large as 131ft (40m) wide.

If a space rock of that size ever hit Earth it could significant damage. 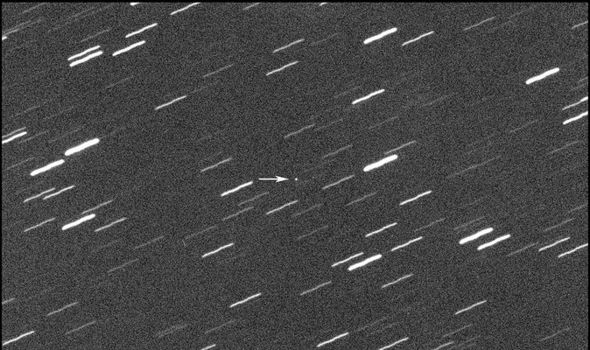 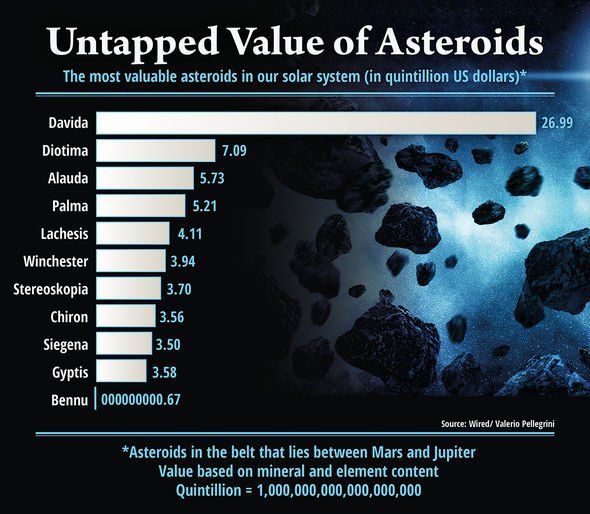 To put this into context, a similar-sized space rock struck Siberia, destroying an area of forest the size of Munich.

However, The Virtual Telescope Project are at pains to stress this asteroid poses no threat to life on Earth.

The spokesman confirmed: “Of course, there are no risks at all for our planet.”

DON’T MISS
Asteroid destroys Earth in fiery impact simulation [VIDEO]
There is a 100% certainty of asteroid impact [INTERVIEW]
What is the best time to see the Orionid meteor shower? [FORECAST]

Earth is bombarded daily with more than 100 tons of sand-sized space particles.

Approximately once a year, a car-sized asteroid slams into Earth’s atmosphere, creating an bright fireball as it incinerates before reaching the surface.

It has been estimated roughly every 2,000 years a meteoroid the size of a football field hits Earth, causing significant carnage to the area.

And US-based space agency NASA has calculated an object large enough to threaten Earth’s civilisation comes along once every few million years. 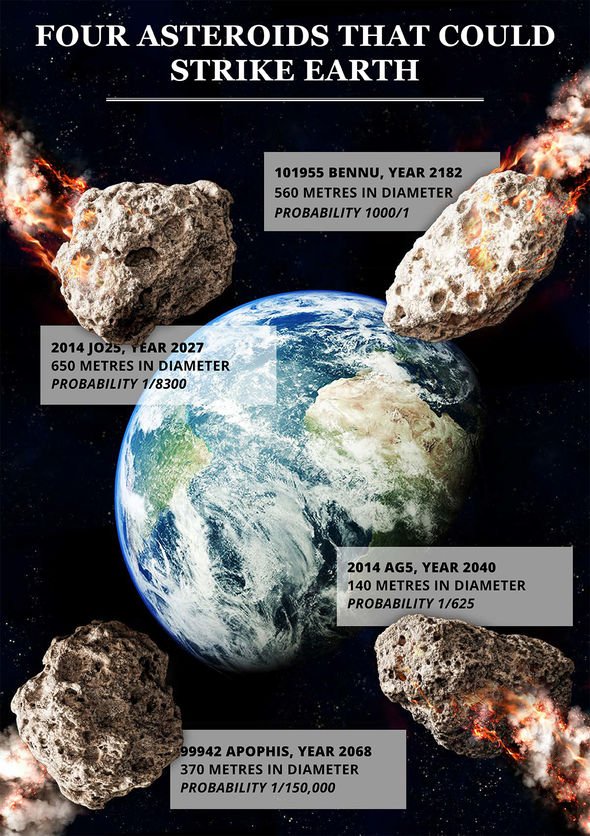 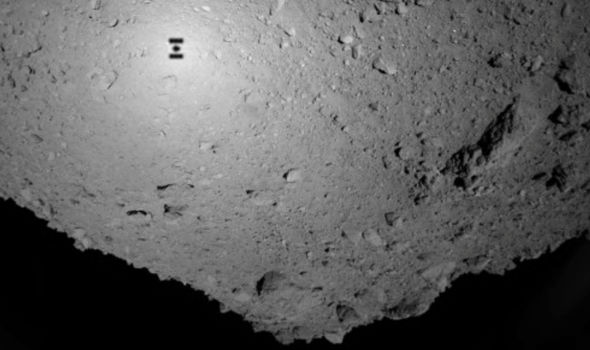 Impact craters on Earth, the moon and other planetary bodies are proof this has happened.

Asteroids smaller than about 82ft (25m) will most likely burn up as they enter the Earth’s atmosphere, causing little or no damage.

If a rocky meteoroid smaller than half a mile (1km) were to hit Earth, it would likely cause local damage to the impact area.

NASA believes anything larger than one and a half mile (2km) could have worldwide effects.

At 3.3 miles (5.4km) across, the largest known potentially hazardous asteroid is Toutatis.

By comparison, asteroids that populate the main asteroid belt between Mars and Jupiter, and pose no threat to Earth, can be as large as 583 miles (940km) across.

How do NASA calculate asteroid orbits?

An asteroid’s orbit is computed by finding the elliptical path about the sun that best fits the available observations of the object.

NASA wrote in a statement: “That is, the object’s computed path about the sun is adjusted until the predictions of where the asteroid should have appeared in the sky at several observed times match the positions where the object was actually observed to be at those same times.

“As more and more observations are used to further improve an object’s orbit, we become more and more confident in our knowledge of where the object will be in the future.”

China canceled the central event of its political calendar because of the coronavirus, a stark symbol of how it has lost control of the outbreak

Iran, Italy, and South Korea announced harsh new measures to stifle their own outbreaks of the coronavirus

‘Can’t tell you about that!’ Buzz Aldrin’s Moon landing secret exposed during interview