Asteroid warning: Apocalyptic ‘God of Chaos’ powering towards Earth in time for 2029

The asteroid Apophis is set to “skim the surface” of the planet in 2029 at an astounding distance of just 19,000 miles. Educational YouTube channel Second Thought explained in a video released on Friday: “Many scientists are keeping a close eye on the asteroid Apophis, which in 10 years will pass just 19,000 miles from Earth – basically skimming the surface in cosmological terms. To put in perspective just how close it will be, consider the fact Apophis will pass between weather satellites and the Earth.

“Apophis, named after the Egyptian God of Chaos, is classified as a potentially hazardous asteroid.

“An asteroid is given this designation if it meets a certain size and proximity to Earth threshold.

“The God of Chaos asteroid is a whopping 340 metres across, making it one of the largest specimens to pass so close to Earth.

JUST IN: Radio signal from space: SETI weighs in on alien origin of Radio Burst 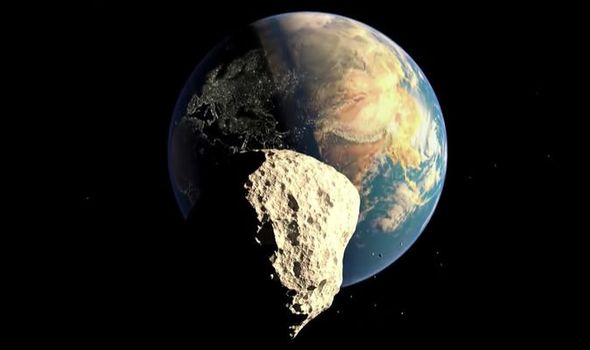 “To put 340 metres in perspective, that’s 13 percent taller than the Eiffel Tower.

“The 2029 fly-by will likely be the best chance scientists will get to study it up close, since its next visit will be a much safer 36 million miles away.

“Average people will also be able to see the asteroid zipping across the sky in 2029.

“It’s expected to shine about as brightly as the surrounding stars and will cover the distance of the moon in the sky in about 60 seconds.” 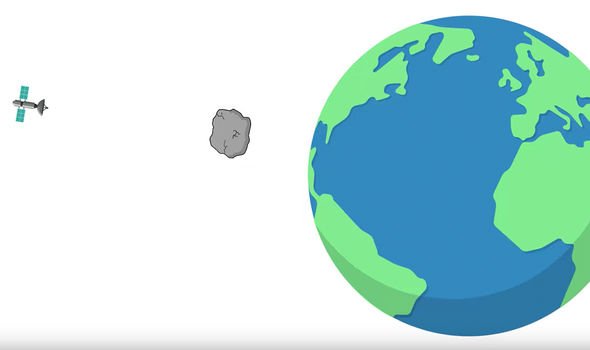 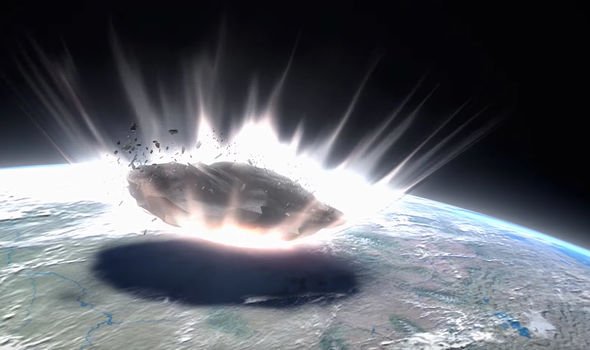 Youtube channel Space Sim made a video simulating the impact two years ago: “In this simulation the asteroid first hits and then sends fragments from the collision back into space.

“These orbited the Earth for a short period of time before coming back to Earth.”

Though the initial collision takes place in the middle of the Atlantic Ocean, the impact sends a fireball of doom as far as Kansas, that also reaches parts of South America and engulfs Cuba.

The epicentre is close to the Bermuda Triangle, an area with vertices of Miami in the United States, the unincorporated US territory of Puerto Rico and British Overseas Territory Bermuda, which is infamous for a number of ship and aircraft disappearances. 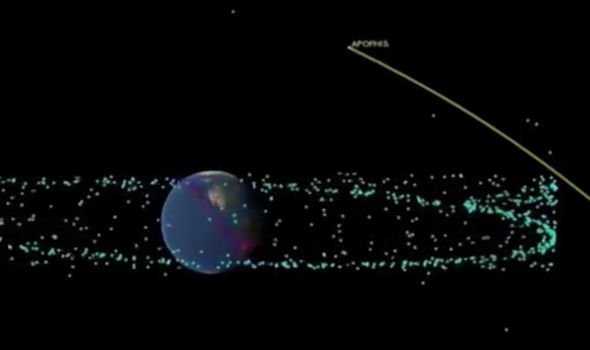 One of the fragments of the original collision lands in the Pacific Ocean.

The shockwaves and resulting ball of fire and destruction engulfs the whole of New Guinea, much of Borneo and parts of northern Australia.

NASA, however, claims there is only a one in 250,000 chance of Apophis hitting our planet.

Steve Chesley who works for the agency explained: “Apophis has been one of those celestial bodies that has captured the public’s interest since it was discovered in 2004.

“Updated computational techniques and newly available data indicate the probability of an Earth encounter on April 13, 2036, for Apophis has dropped from one-in-45,000 to about four-in-a million.”

The Astrophysical Observatory of Turin’s Alberto Cellino warned: “We can rule out a collision at the next closest approach with the Earth, but then the orbit will change in a way that is not fully predictable just now, so we cannot predict the behaviour on a longer timescale.”

NASA is currently in the process of developing the Double Asteroid Redirection Test (DART).

DART will test if it is possible to redirect asteroids that are threatening to impact with Earth.