The European Space Agency (ESA) and NASA have teamed up to prepare for the impact a monstrous asteroid could have on the Earth. Part of the asteroid warning drill involves an international social media campaign to simulate the actions space agencies, scientists and governments would take. Starting on April 29 and ending on May 3, ESA will live out the hypothetical doomsday scenario imagined for the year 2028. Alongside the drill, ESA has released a brief mock-documentary showcasing the moment an asteroid is found to be headed for our home-world.

The agency said in a statement: “It’s the year 2028, and the European Space Agency has been carefully monitoring a worrying situation: an enormous asteroid is en route to strike Earth, although the exact point of impact is not yet clear.

“National governments are planning to evacuate millions of people, an undertaking that will cause untold human misery and disruption on a gigantic scale.

“If the asteroid’s impact zone can be fixed, perhaps such chaos can be avoided.

“As precious hours pass, find out how ESA’s Planetary Defence Office is able to obtain crucial information on this potential disaster as part of the Agency’s Space Safety activities.” 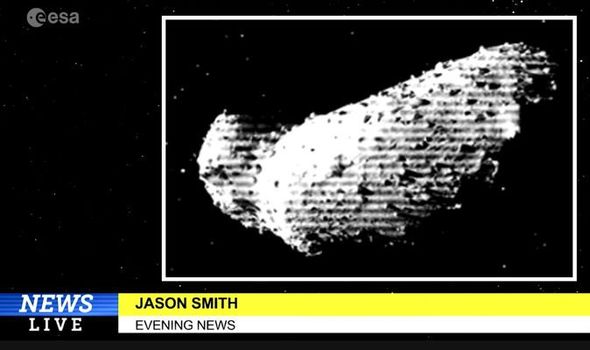 In the ESA video, a team of astronomers at ESA’s Operations Centre in Darmstadt, Germany, discover a rock 656ft (200m) across is hurtling towards Earth.

The asteroid is 10 times as big as the infamous 2013 Chelyabinsk meteor, which injured more than 1,000 people when it exploded over Russia’s Chelyabinsk Oblast six years ago.

The scenario imagined the asteroid will hit Earth somewhere in-between Tokyo and Copenhagen in just 24 days.

Asteroid impact simulations show an asteroid this big would be powerful enough to wipe out an entire city.

A news anchor in the video says: “Even 10km from the impact, heat will ignite clothing and cause third-degree burns.”

National governments are planning to evacuate millions of people

In the same video, scientists later narrow down the asteroid’s trajectory to a splashdown in the Pacific, meaning all threat of destruction is averted.

The asteroid warning drill is part of the annual International Academy of Astronautics (IAA) Planetary Defence Conference held in Washington DC, US.

The annual event aims to tackle question regarding Earth’s safety and readiness to face potential threats lurking in the depths of space. 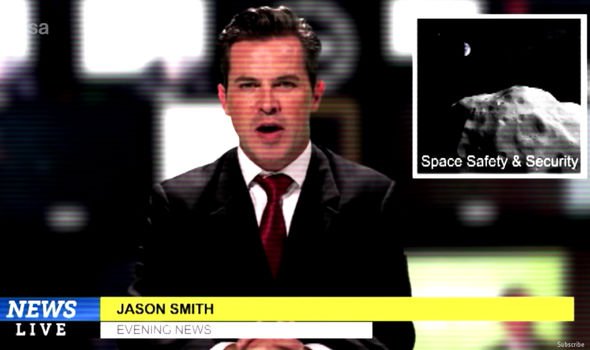 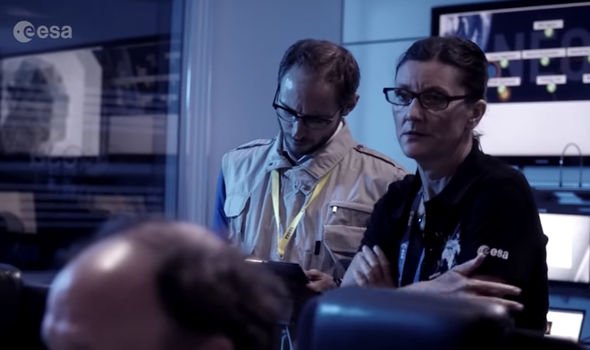 ESA said: “Solar activity, asteroids and artificial space debris all pose threats to our planet and our use of space.

“ESA’s Space Safety activities aim to safeguard society and the critical satellites on which we depend, identifying and mitigating threats from space through projects such as the Flyeye telescopes, the Lagrange space weather mission and the Hera asteroid mission.

“As asteroid experts meet for the international Planetary Defense Conference, ESA is focusing on the threat we face from space rocks.

“How likely is an asteroid impact? What is ESA doing to mitigate impact risks? Follow the hashtag #PlanetaryDefense to find out more.”