A former NASA astronaut says the agency he used to work for has a duty to protect civilians from killer asteroids, but that it isn’t meeting that obligation.

The threat of asteroid strikes might seem as abstract as outer space itself. But the risk, while infrequent, is real — and potentially more deadly than the threat posed by some of the most powerful nuclear weapons ever detonated.

Risk of death from above

In 1908, a space rock estimated to be several hundred feet in diameter screamed into Earth’s atmosphere at many thousands of miles per hour, causing the foreign body to explode over the remote Tunguska region of Russia with the force of a thermonuclear weapon. The resulting blast flattened trees over an area nearly twice the size of New York City. 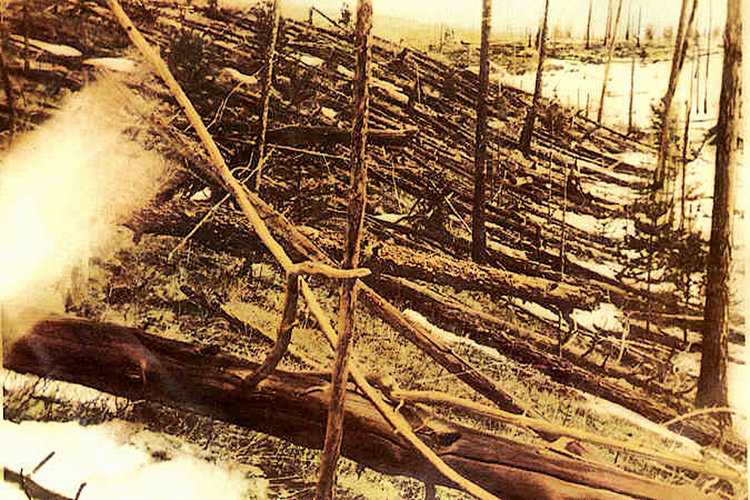 A photograph of trees blasted down by the Tunguska Event in 1908.Wikimedia Commons

More recently, in 2013, a roughly 70-foot-wide meteorite shot over Chelyabinsk, Russia. The concussive fireball smashed countless windows and sent more than 1,000 people in multiple cities to hospitals, several dozen of them with serious injuries.

We know they’re out there

NASA is poignantly aware of such risks — and so are lawmakers.

In 2005 Congress made one of the agency’s seven core goals to track down 90% of asteroids 460 feet (140 meters) and larger, which could lead to a worse-than-Tunguska-level event. The deadline for this legally mandated goal is 2020.

So far, however, telescopes on Earth and in space have found less than one third of these near-Earth objects (NEOs) and NASA will almost certainly fail to hit its deadline. 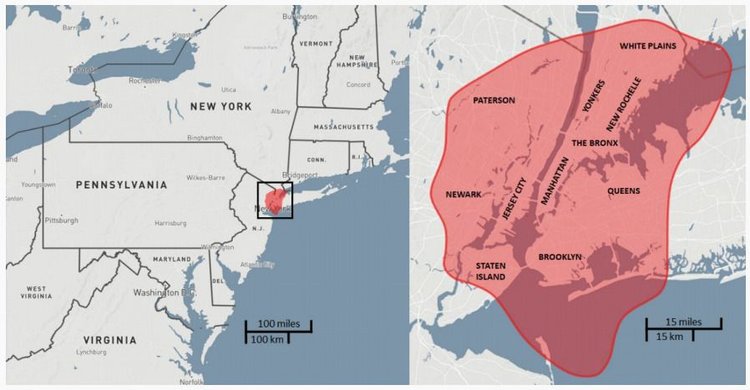 Equivalent area of destruction for a Tunguska-sized asteroid over New York City. NASA

Practically, this means tens of thousands of NEOs big enough to wipe out a city have yet to be found, according to a June 2018 report published by the White House.

The same report concludes that even with current and planned capabilities, less than half of such space rocks will be located by 2033.

Read more: A 5-billion-ton iron meteorite once slammed into Greenland — and scientists found its Paris-size crater under the ice

We have the technology to confront the problem

Russell “Rusty” Schweickart, a retired astronaut who flew on the Apollo 9 and Skylab missions, says there is a solution in waiting for this problem: NASA can launch the Near-Earth Object Camera (NEOCam), which is a small infrared observatory, into space.

“It’s a critical discovery telescope to protect life on Earth, and it’s ready to go,” Schweickart told Business Insider at The Economist Space Summit on November 1.

NEOCam’s designers have pitched the mission to NASA multiple times. The mission has received several million dollars here and there to continue its development in response to those proposals, but the agency has denied full funding in every instance on account of it not being the best purely science-focused mission.

“For God’s sake, fund it as a mainline program. Don’t put it in yet another competition with science,” Schweickart said. “This is a public safety program.”

How NEOCam would hunt for ‘city killer’ asteroids 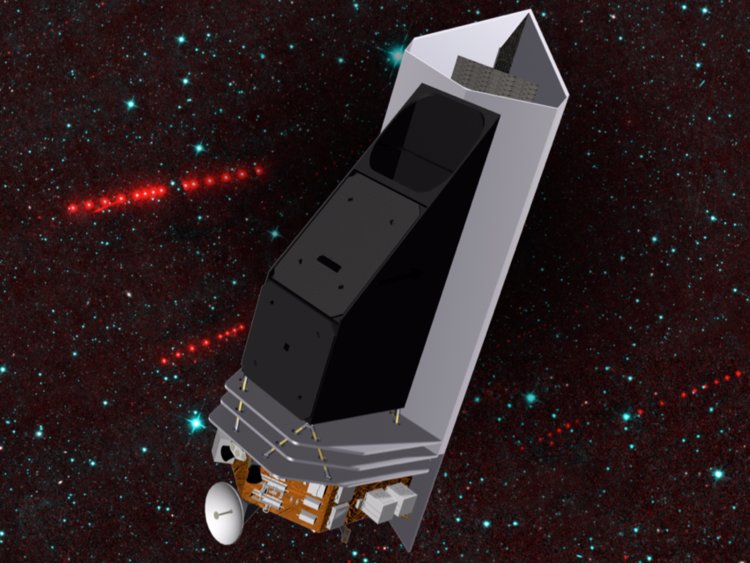 Telescopes that are looking in the right place at the right time can detect a dot of that light sneaking across the blackness of space. This allows scientists to calculate an NEO’s mass, speed, orbit, and the odds that it will eventually smack into Earth.

Small NEOs, though, aren’t very bright. This means a telescope has to be big, see a lot of the sky, and use very advanced hardware to pick them up. These monstrous telescopes take a very long time to build and calibrate and are budget-crushingly expensive.

Take the Large Synoptic Survey Telescope (LSST), for example, which is one of Earth’s best current hopes of finding killer asteroids. The project broke ground in 2015 and is expected to cost about half a billion dollars to build. Based on its current construction schedule, it won’t be fully operational until late 2021, at the soonest, or able to fulfill the 90% detection goal set by Congress until the mid-2030s.

Read more: How large asteroids must be to destroy a city, state, country, or the planet

The first: “You can’t see asteroids near the sun. You’re blinded by the sky,” Mark Sykes, director of the Planetary Science Institute and a scientist on the NEOCam team, previously told Business Insider. “Right now we have to wait until those pop out in front of us.”

Sykes said the second snag is that ground-based telescopes mainly rely on visible light for detection. “If [an asteroid] has a dark surface, it’s going to be very hard to see,” he said. 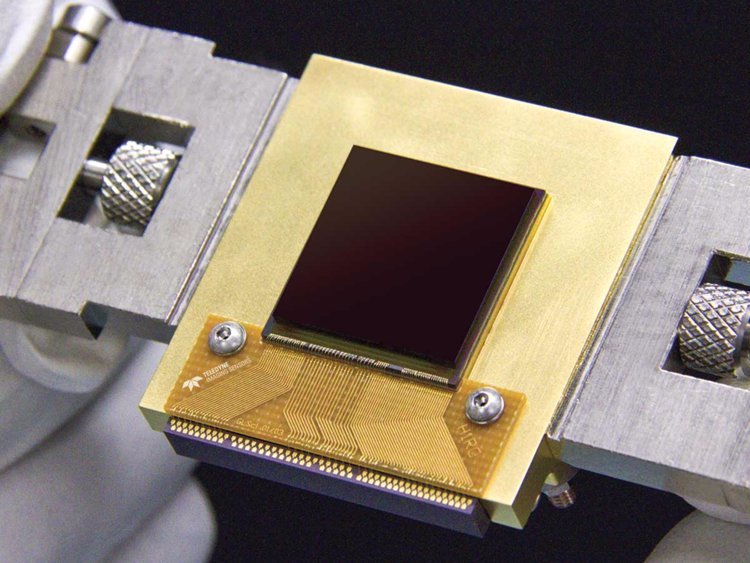 NEOCam addresses these two problems by being in space, where Sykes says “you’re not blinded by the sky.”

The telescope would also use an advanced, high-resolution infrared camera. Infrared is a longer wavelength of light that’s invisible to our eyes, but if a source is strong enough — say, a roaring fire — we can feel invisible light as warmth on our skin.

Asteroids warmed by the sun, radioactive elements, or both will emit infrared light, even when they’re too small or dark for ground-based telescopes to see. Which means NEOCam could spot them merely by their heat signatures.

This approach is already proven to work.

The prime example is NASA’s eight-year-old Wide-field Infrared Survey Explorer (WISE) telescope, which has found at least 230 NEOs and 49 potentially hazardous asteroids, or PHOs (so named because they come within 4.6 million miles of Earth at some point in their orbits). 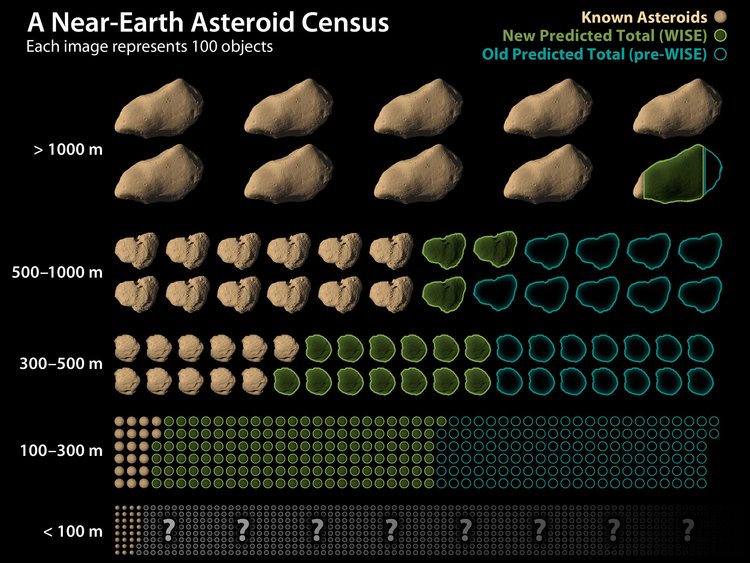 However, it’s a less powerful telescope, has a smaller field of view, an older camera that requires cryogenic cooling (NEOCam’s does not), and wasn’t designed just to hunt asteroids. The telescope, now called NEOWISE, may end operations in December 2018.

According to a recent study in The Astronomical Journal, neither NEOCam nor LSST alone would ever achieve Congress’ 90% detection mandate — only by working together, the research found, could the observatories achieve that goal over a decade.

But NEOCam offers significant upgrades to the situation under LSST.

In its latest pitch to NASA, the NEOCam team proposed to launch in 2021 and find two-thirds of missing objects in the larger-than-460-feet (140 meters) category within four years, or about a decade ahead of LSST’s schedule.

Roughly 72% of all NEOs that are 460 feet (140 meters) or larger have not been found, according to a report published by the White House’s National Science and Technology Council (NSTC) in December 2016. This amounts to about 25,000 nearby asteroids and roughly 2,300 potentially hazardous ones.

So if launching a more-capable replacement for NEOWISE is a top priority, why might NASA not fully fund NEOCam for a 2024 launch?

‘NASA has a responsibility to do it’ 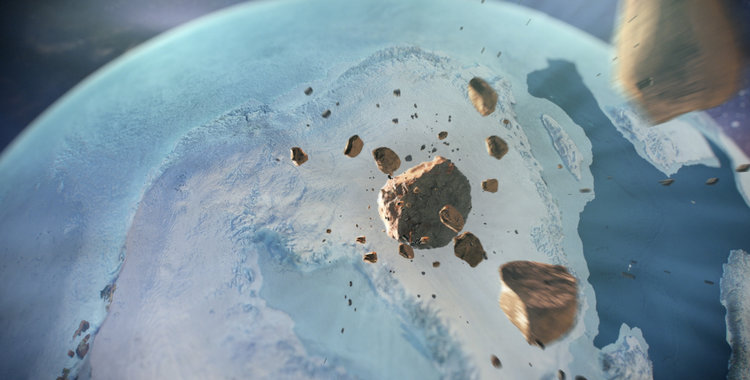 The team behind NEOCam has pitched the mission to NASA three times — in 2006, 2010, and 2015 — and three times NASA has punted on fully funding the telescope.

The last instance it was denied full funding, sources told Business Insider the proposal had no major technical weaknesses. Instead, it was a case of trying to jam a square peg into a round bureaucratic hole.

The NASA competition it was a part of, called Discovery, values scientific firsts — not ensuring humanity’s safety — and thus did not grant NEOCam nearly $450 million to develop its spacecraft and a rocket with which to launch it. (NASA instead picked two new space missions to explore the solar system: Lucy, a probe that will visit swarms of ancient asteroids lurking near Jupiter, and Psyche, which will orbit the all-metal core of a dead planet.)

For Schweickart’s part, he doesn’t care about the distinction.

“NASA has a responsibility to do it, and it’s not happening,” he said. “It needs to be put into the NASA budget both by NASA and by the Congress.”

Read more: Trump just signed a law that maps out NASA’s long-term future — but a critical element is missing

NEOCam did get $35 million in the 2018 government funding bill to keep itself going, but proponents say this is not enough to get the telescope to a launch pad.

“In the meantime, NEOCam is in a zombie state and all the while Earth waits inevitably in the crosshairs,” Richard Binzel, a planetary scientist and expert on the hazards posed by asteroids at Massachusetts Institute of Technology, told Business Insider in an email.

Binzel is one of three scientists who wrote a recent op-ed in Space News in support of fully funding the project, even though they’re not on the project’s team. Binzel and others argue NEOCam could get done by raising the House of Representatives’ proposed budget for NASA planetary defense by another $40 million (up from a $160 million to $200 million) and by sharing a rocket ride with a spacecraft called IMAP, which the agency plans to launch in 2024.

By working in coordination with ground-based telescopes, NEOCam could achieve nearly 70% detection in four years, and the agency’s target of 90% detection in less than 10 years.

Yet Binzel said the infrequency of asteroid strikes makes it easy to instead fund other initiatives year after year.

“But the consequences of being wrong are irresponsible, especially when the capability to gain the necessary knowledge is easily within our grasp,” he said. “We should simply act like responsible adults and ‘just do it.’ What are we waiting for?”

It’s now up to President Trump and Congress 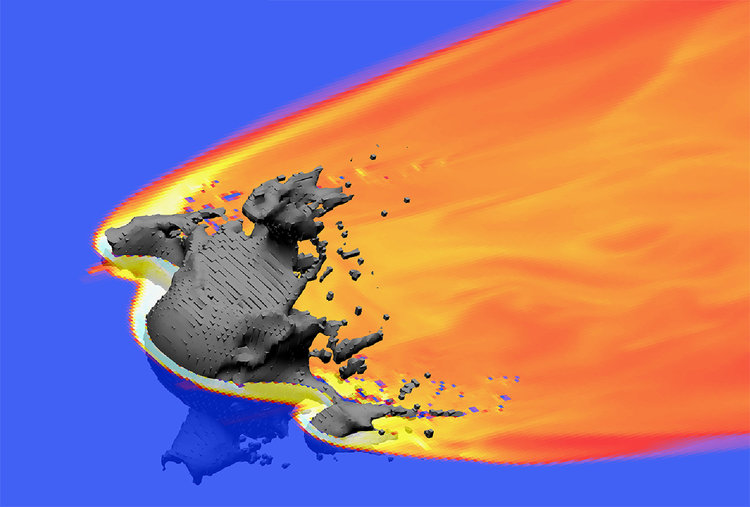 A simulation of a 66-foot-wide asteroid burning up in Earth’s atmosphere.Darrel Robertson/NASA Ames

Schweickart acknowledged that NASA’s budgeting and culture has, for decades, been focused on pushing top-tier scientific exploration and that deviating from this norm — Congressional mandate or not — isn’t easy.

“You’re going upstream. You’re fighting a pretty strong headwind within NASA,” he said, adding that pulling money from science budgets to fund anything is extremely unpopular. “But government agencies are not at liberty to ask for increases in their budget.”

Schweickart and fellow retired astronaut Ed Lu tried years ago to end-run around the problem by co-founding the B612 Foundation, which is a nonprofit dedicated to developing NEO-detecting capabilities. But the group tabled its longest-running (and most expensive) idea, the Sentinel space telescope, in part to improve NEOCam’s chances of getting funded. On Oct. 29, the organization publicized its strong support for lawmakers fully funding NEOCam.

The public also appears to be on-board with NASA making asteroid detection projects like NEOCam happen.

In a June poll by Pew Research Center, nearly two-thirds of 2,500 American adults surveyed said that asteroid monitoring should be a top priority for NASA. (Only monitoring climate change was higher.)

It remains to be seen what the Trump administration will decide to do with NEOCam in the next NASA budget, and if Congress authorizes that funding.

“That’s a February discussion,” Stephen Jurczyk, NASA’s associate administrator, told Business Insider at the Economist Space Summit. “All of that’s all embargoed until the president releases his budget to Congress.”

Jurczyk acknowledged the tension between NASA’s duty to locate dangerous asteroids along with internal changes required to make that work happen.

“It is to some extent a cultural issue, where we kind of have this mentality of pure science and pure competition,” he said. “I think we’re starting to evolve to a more diverse and more balanced approach between pure science and other things that we need to do.”

The question is whether those changes will happen before the next Tunguska-type asteroid arrives at Earth. Given enough warning, we might have a chance to fly out to such a space rock and prevent a calamity, or simply move people out of harm’s way.