Beach runner stumbles upon a dinosaur fossil on a Scottish island

The fossilised bone of a dinosaur that died more than 166 million years ago has been found by a scientists while running along the shore to meet her research team.

Elsa Panciroli made the ‘serendipitous discovery’ on the Isle of Eigg. It is the first fossil belonging to a stegosaurian to be found in Scotland outside Skye.

A research affiliate for National Museums Scotland, Dr Panciroli said she ‘ran right over it’ and wasn’t exactly sure what type of dinosaur it belonged to initially.

She said that in 200 years of searching the area ‘no-one has found a dinosaur before, so this is quite special’ and a ‘hugely significant find’. 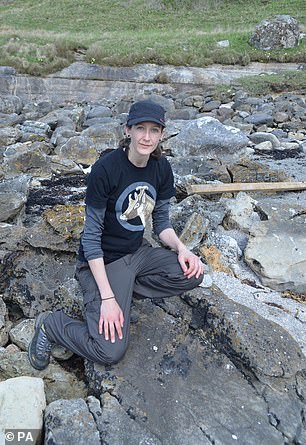 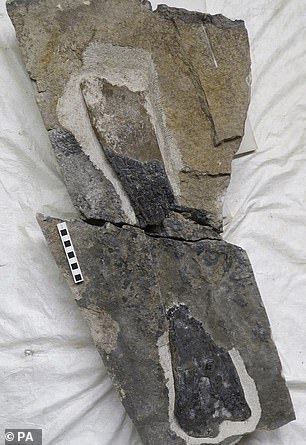 Elsa Panciroli made the ‘serendipitous discovery’ on the Isle of Eigg. It is the first fossil belonging to a stegosaurian to be found in Scotland outside Skye 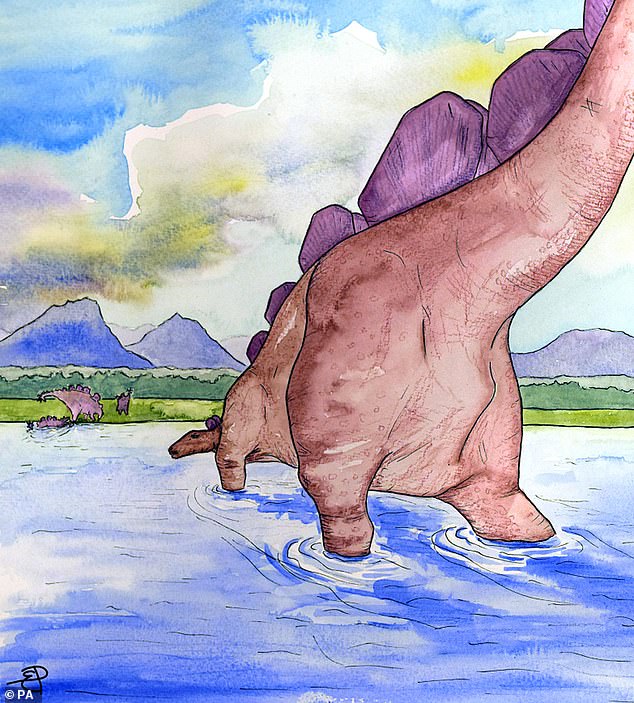 Globally, Middle Jurassic fossils are rare and until now the only dinosaur fossils found in Scotland were on the Isle of Skye.

‘This bone is 166 million years old and provides us with evidence that stegosaurs were living in Scotland at this time,’ said Dr Panciroli.

The bone dates to the Middle Jurassic period and is about 200 inches long – it was found in a boulder on the foreshore of the island.

Though it had been badly damaged by the waves, enough remained for a team of palaeontologists to study it and discover more about the creature.

The bone was extracted and taken to a laboratory to be removed from the rock, where it was found to be part of the hind limb of a stegosaur.

The new Eigg dinosaur fossil found by Panciroli dates to the same period of time as similar fossils found on the Isle of Skye.

Dr Steve Brusatte, of the University of Edinburgh, co-authored a paper on the find and said it was a ‘remarkable’ discovery.

‘Nobody, not even Hugh Miller himself, had found dinosaur bones on Eigg before,’ Dr Brusatte marvelled. 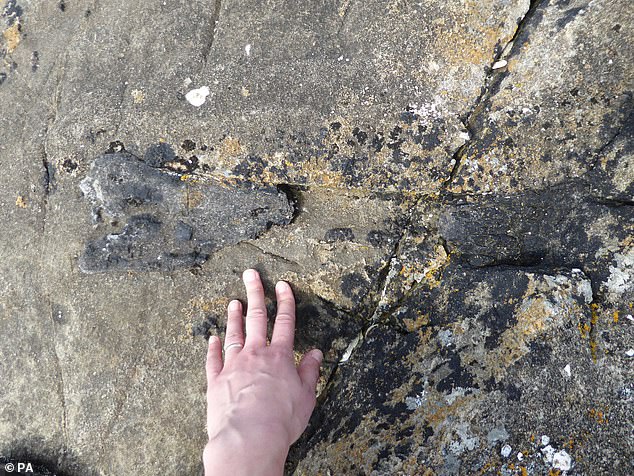 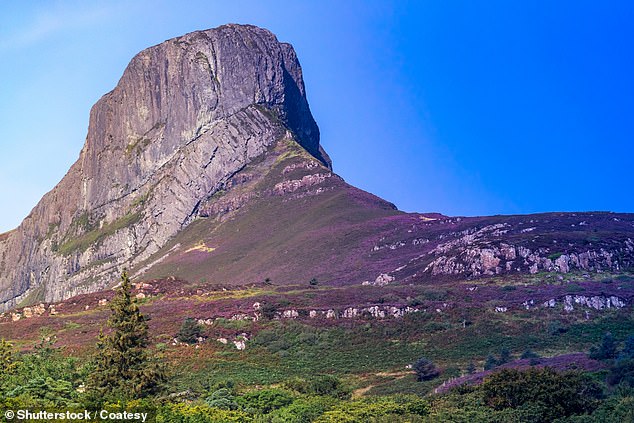 Isle of Eigg, Inner Hebrides, Scotland is the second known location of dinosaur fossils found in Scotland – other fossils were fish or sea animals

‘This fossil is additional evidence that plate-backed stegosaurs used to roam Scotland, which corroborates footprints from the Isle of Skye that we identified as being made by a stegosaur.’

The bone is now in the collections of National Museums Scotland in Edinburgh.

The paper is published in Earth And Environmental Transactions Of The Royal Society Of Edinburgh.

a, beach, D, runner, stumbles, Upon
You may also like: