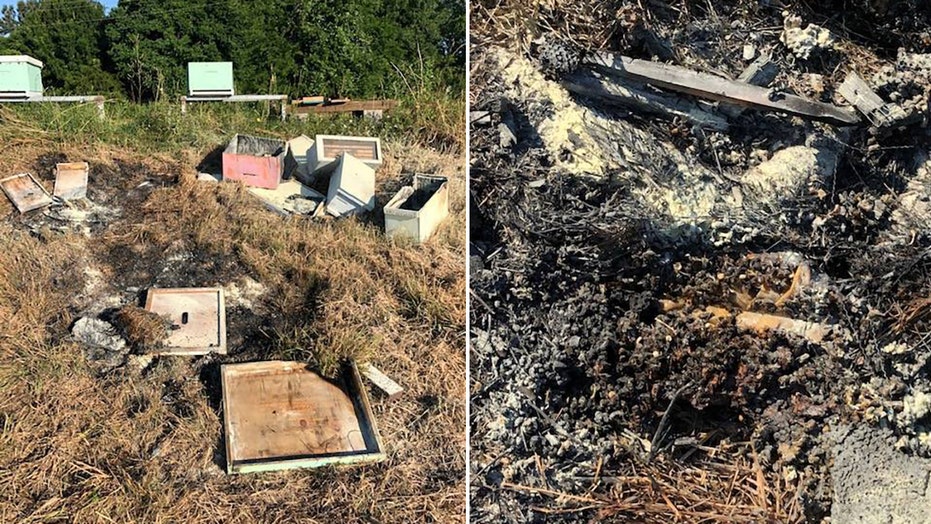 Dozens of beehives were attacked and set on fire in Texas over the weekend in an act “beyond comprehension” that killed an estimated half a million bees, officials said.

The beehives were discovered on Saturday morning scattered across the bee yard, the Brazoria County Beekeepers Association (BCBA) wrote on Facebook. Several hives appeared ashen-black and one brood frame floated in the water nearby with bees still caring for the eggs.

“It’s bad enough to think in today’s world this would happen but dumping them over and then setting fire to them is beyond comprehension,” the BCBA said in the post.

Each colony averages 30,000 bees, BCBA president Steven Brackman told the Houston Chronicle. He estimated at least 20 hives were damaged and half a million bees burned to death or drowned.

Authorities are searching for suspects in the attack. The county’s sheriff’s office told Houston station KTRK-TV this would be a difficult case to solve because there were no witnesses.

The suspects are expected to face charges of arson and felony criminal mischief, according to the station.

The BCBA, which has more than 300 members, said it is offering a $1,000 reward, on top of the $5,000 reward offered by Brazoria County Crime Stoppers, for information leading to the suspects' arrest.

The bees are at their most active during this time of year when pollen starts coming in on the trees, which bees use to reproduce, Brackman said. He said it may take at least a year to replace the lost bees and honey.

"Every colony that we lose is a major catastrophe to the environment," Brackman told the station.

attacked, Beehives, in, SE, texas
You may also like: