Behold Mortichnia, the Death Trail of an Ancient Worm

More than half a billion years ago, in what is today southern China, a worm resembling an ear of wheat moved along a stretch of sediment underwater, paused, and left a detailed imprint of its undercarriage in the wet earth. Then it moved a little further and died. Its body, seven inches long and segmented, became a fossil. So did its near-final resting place, creating a mortichnia: a body preserved with its final “death march.”

This was at least 10 million years before the start of the Cambrian Explosion, during which many of the animal groups that exist today appeared, and more than twice as long ago as the appearance of the first dinosaurs. The creature, Yilingia spiciformis — named after the Yiling district in which it was discovered — was a complicated one by the standards of the Ediacaran Period: mobile, segmented, trilobate (each body segment composed of three lobes) and bilaterally symmetrical.

Plants had not yet colonized land, although, according to Rachel Wood, a geoscientist at the University of Edinburgh, there was some “slimy life clinging to the edge of freshwater lakes.”

Yilingia and its death march are the subject of a study published on Wednesday in Nature. The worm is remarkable itself, as is the record of its death. A mortichnia is very rare — the imprint-maker tends to wander off. “It’s like in forensics,” said Shuhai Xiao, a geobiologist at Virginia Tech and one of the authors of the study. “You find a footprint and can probably tell something about the suspect, but you’d rather catch the suspect on camera.”

Dr. Wood, who reviewed the study, compared a mortichnia to the “final clutching, staggering steps” of a human. Better yet, she said, “the fossil and its trackway are large.”

One or two other underwater animals from the Ediacaran Period are known to have displayed some of Yilingia’s traits, the study’s authors noted, including Spriggina, with a horseshoe-shaped head, and Marywadea, which was similar to Spriggina “but with a half-moon shaped head.”

But neither was trilobate, so they weren’t as closely related to life on Earth today. Other trilobites had hardened skeletons and a distinct head, body and tail, whereas Yilingia “was rather wormy,” with a soft, strap-like body, Dr. Xiao noted on his research group’s website. In more ancient mortichnia, the final steps of the death marches were more like hops, featuring a single footprint, or scrapes, or teeth marks.

Yilingia, Dr. Xiao noted, “is neither the oldest segmented animal nor the oldest motile animal, but it is thus far the oldest known segmented and motile animal capable of producing long and continuous trails.” In other words, it is the oldest creature that most closely resembles the complexity of life — and movement — as we know it. Yilingia represents “a milestone in complexity,” Dr. Wood said.

Yilingia probably fed on microbial mass — proverbial pond scum, Dr. Xiao said. It may have died by being buried alive. (“Mortichnium” is also the name of a song by an obscure German black metal band called LAM. Imagine, for a moment, scum-sucking Yilingia staggering and dying on the dark sea floor to this grinding soundtrack.)

Because Yilingia is made up of repeated, symmetrical segments, it is closer to the form that evolved into most life on earth, including human beings. Segmentation allowed for legs and wings. Modern animals are “real movers and shakers,” Dr. Xiao said — a “geological force” able to build structures like termite mounds or the Great Wall of China. We owe this ability largely to the fact that we are mobile.

We still have a soft spot for our wormy forebears. A segmented, symmetrical, mobile millipede achieved fleeting internet fame recently, as Twitter users shared a video of the wormlike arthropod and its shadow marching along a pavement. Its shadow stretches upward, bus-like. A thousand tiny feet can be seen, skipping up one pair after the other, in time with the nonsense-word-ridden, penny-whistled “Send Me on My Way” (its sound reminiscent of kwela music from South Africa, where a millipede is called a shongololo).

Wormlike movement is informing robotics, too. In August, engineers at the Massachusetts Institute of Technology announced that they had developed a “magnetically steerable, threadlike robot” capable of moving through arteries and the vasculature of the brain. New Scientist dubbed the invention a “worm robot.” It’s difficult to fault the classification: The robot has a distinctly wormlike head segment which, when it encounters a corner, twists left and right like a caterpillar that has reached the very tip of a leaf, looking for a new, unimpeded pathway.

The final moments of one of the earliest segmented animals, the very early worm, illuminate what are perhaps the first signs of the explosion of complex life on earth. Yilingia’s discovery means the beginning of the Cambrian Period is starting to blur, said Dr. Wood: “Like all the best bits of science, it opens up far more questions. It resolves a few things but it leads to so many more exciting lines of inquiry.” 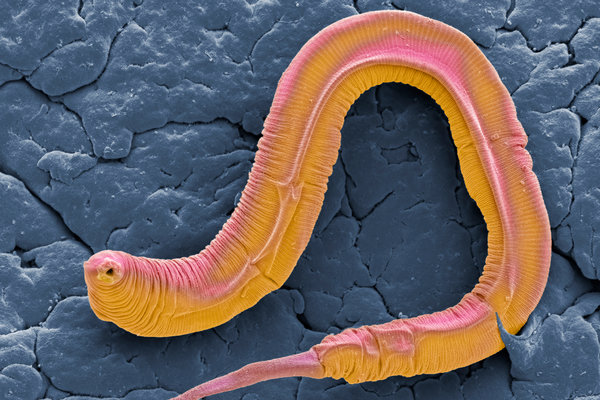 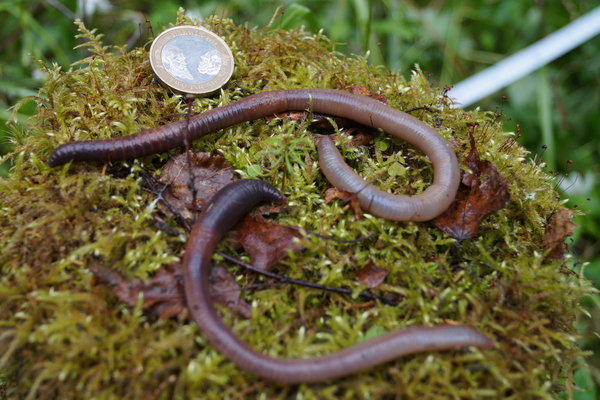 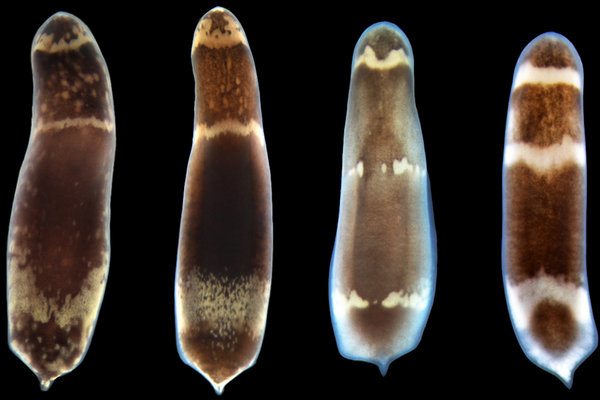 animals, Earth, fossil, robot, you
You may also like: