Our Lady of Fatima is the Catholic title given to the Virgin Mary based on the famous Marian apparitions reported in 1917 by three children in Portugal. Lucia dos Santos, one of the apparent witnesses, revealed two secrets she claimed were passed by the Virgin Mary in the Thirties, but one was withheld. The third secret, a vision of the death of the Pope and other religious figures, was supposed to be released in 1960, but instead, the Vatican published an official press release stating that it was “most probable the secret would remain, forever, under absolute seal”.

However, two decades later, Pope John Paul II claimed the third secret was a prophecy for the attempted assassination on his life.

GOYA’s documentary “Fatima, The Ultimate History” revealed the events that led up to the attack.

The narrator said: “For a believer, praying to the rosary can attract small personal favours from the Virgin Mary, as well as decisive changes for the world.

“On October 16, 1978, the world watches in amazement, the election of a pope from a communist country. 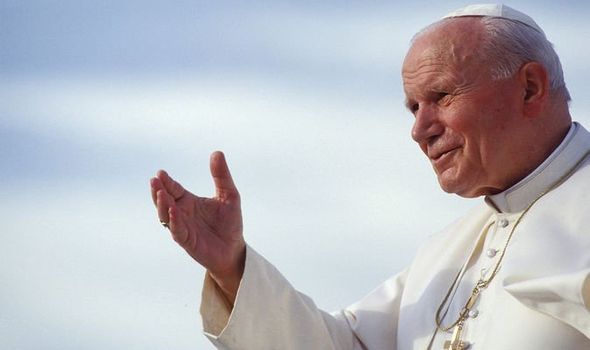 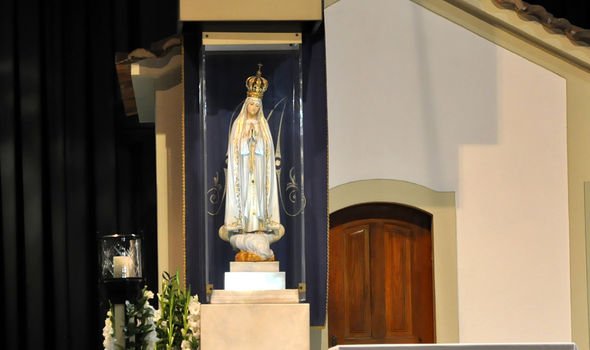 “The next year, enthusiastic crowds greet John Paul II in Poland, the free trade union solidarity is created, the alarms go off in Moscow.”

Dr Joaquin Navarro-Valls, spokesman for John Paul II for 22 years, revealed what the pope told him.

He said: “The attack was brutal, and the Pope could have clearly died.

“The next day he remembered it was May 13, the anniversary of the Virgin of Fatima, so he asked for the text to be brought from the archive of the third secret of Fatima.

“He attributed the fact that he didn’t die to intercession by the Virgin.

JUST IN: Archaeology breakthrough: How ‘genesis of Stonehenge’ was found after Scottish bay scan 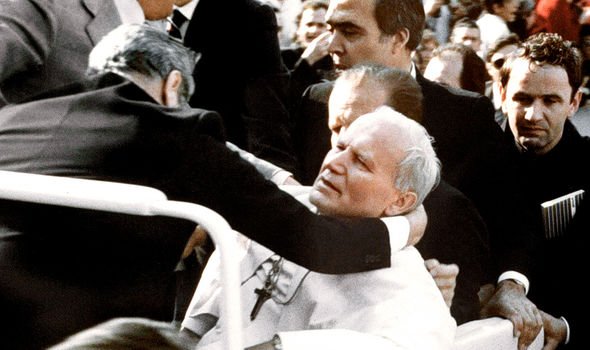 “That attack had been prophesied and John Paul II saw himself as the Bishop dressed in white who died in the vision of 1917.

“One hand fired the shot, he said, and another deflected the bullet.”

He added: “Afterwards in gratitude, John Paul II sent that bullet to be put in the crown of Our Lady of Fatima, where it can be seen very well.

“He was convinced, he didn’t just think, that the Virgin of Fatima really did save his life.” 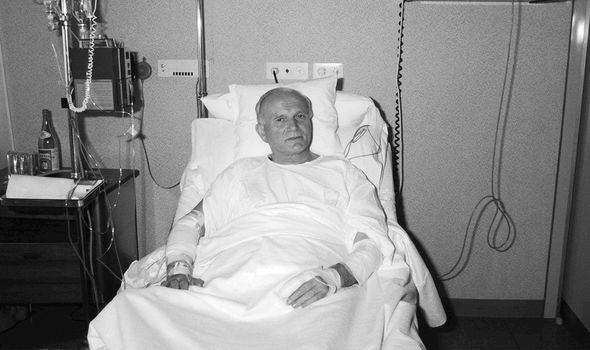 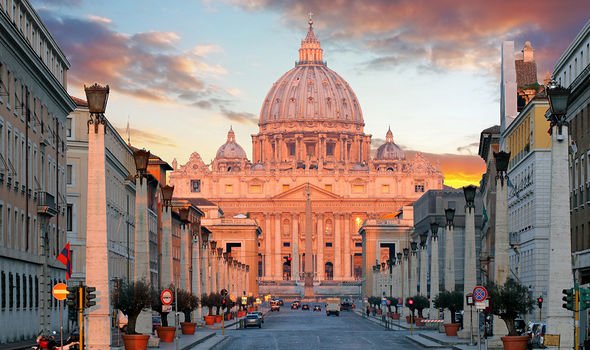 The Vatican did not publish the Third Secret, a four-page, handwritten text, until June 26, 2000.

It reads: “After the two parts which I have already explained, at the left of Our Lady and a little above, we saw an Angel with a flaming sword in his left hand, flashing, it gave out flames that looked as though they would set the world on fire, but they died out in contact with the splendour that Our Lady radiated towards him from her right hand: pointing to the earth with his right hand, the Angel cried out in a loud voice: ‘Penance, Penance, Penance!’

“We saw in an immense light that is God, something similar to how people appear in a mirror when they pass in front of it, a Bishop dressed in white, we had the impression that it was the Holy Father.

“Then other Bishops, Priests, religious men and women going up a steep mountain, at the top of which there was a big cross of rough-hewn trunks as of a cork-tree with the bark, before reaching there the Holy Father passed through a big city half in ruins and half trembling with halting step, afflicted with pain and sorrow, he prayed for the souls of the corpses he met on his way.

“Having reached the top of the mountain, on his knees at the foot of the big cross he was killed by a group of soldiers who fired bullets and arrows at him, and in the same way there died one after another the other Bishops, Priests, Religious men and women, and various lay people of different ranks and positions.

“Beneath the two arms of the cross, there were two Angels each with a crystal aspersorium in his hand, in which they gathered up the blood of the Martyrs and with it sprinkled the souls that were making their way to God.”

However, such writers as Father Paul Kramer, Christopher Ferrara, Antonio Socci, and Marco Tosatti have suggested that this was not the full text of the secret.

They alleged that Cardinals Bertone, Ratzinger and Sodano concealed the existence of another one-page document, containing information about the Apocalypse and a great apostasy.

Despite this, the Vatican has maintained its position that the full text of the Third Secret was published.

NASA needs your help to design its next rover – and you could get paid £12,000

China canceled the central event of its political calendar because of the coronavirus, a stark symbol of how it has lost control of the outbreak

Iran, Italy, and South Korea announced harsh new measures to stifle their own outbreaks of the coronavirus

‘Can’t tell you about that!’ Buzz Aldrin’s Moon landing secret exposed during interview