Stargazers are in for a treat when a blue moon lights up the night sky on Halloween, the first time that has happened in nearly 20 years.

A full moon has not occurred on All Hallow's Eve since 2001 and will not occur again until 2039, according to the Farmer's Almanac. A blue moon is the second full moon in a month, NASA explains on its website. 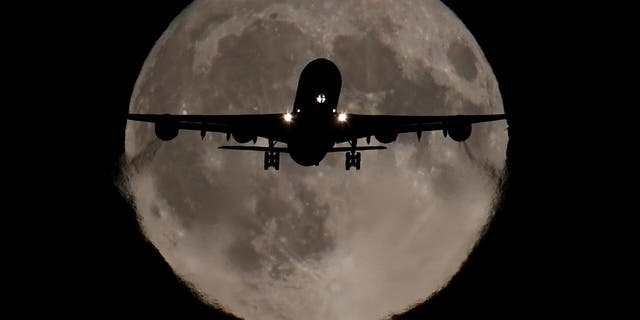 THE MOON IS 'RUSTING' AND SCIENTISTS ARE STUNNED

Despite not actually being blue in color, there are two definitions for a blue moon: two in one calendar month and another, older definition, NASA notes. “An older definition of Blue moon is that it’s the third of four full moons in a single season," the space agency wrote.

According to the first, more common definition, the last blue moon was in March 2018, according to EarthSky.org.

In addition to making a rare occurrence on Halloween, the blue moon will also be visible in most of the world for the first time in nearly 75 years, experts have said. Skywatchers may also be able to see Mars, as the blue moon will be close to the Red Planet in the night sky, EarthSky.org added.

If a blue moon isn't enough to satisfy stargazers on All Hallows' Eve, the solar system has another treat for them. An asteroid the size of a 747 will safely fly past Earth on Saturday night as well.

appear, Blue, Hallowe, Moon, on, to
You may also like: