Sexism during the Bronze Age trickled over to HORSES and stallions were preferred to mares because they symbolised masculinity, power and strength

Male horses were preferred over mares as early as 3,900 years ago and sexism could be to blame – as stallions were seen as masculine and strong, a new study reveals.

Researchers from the Paul Sabatier University, studied the DNA of ancient horse skeletons to discover when our preference for male horses first began.

Horses were domesticated by humans about 5,500 years ago, possibly by the Botai civilisation, who study authors say had no gender preference.

There was an even balance of male and female horses throughout the later Stone Age, but 3,900 years ago there was a dramatic shift towards stallions over mares.

The authors say this ‘closely mirrors’ the change in humans who had no clear binary gender structure during the Neolithic – but it became the norm by the Bronze Age.

Previous studies found there was no meaningful difference in the capability of stallions or mares despite experienced riders preferring male horses. 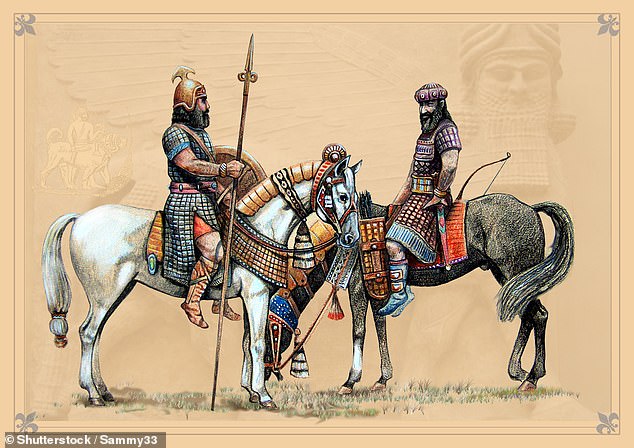 There was an even balance of male and female horses throughout the later Stone Age, but 3,900 years ago there was a dramatic shift towards stallions over mare

The French experts studied the remains of 268 horses from Europe and Asia dating from 40,000 BC to as recent as 700 AD to better understand the male female split.

These horses were all discovered at dozens of sites across Eurasia by archaeologists – ranging from modern-day Iberia and out as far as Siberia.

The oldest sites had an equal balance of mares and stallions – including in those of the Botai hunter-gatherer people who were among the first to domesticate horses.

Suggesting that the first people to domesticate horses had no gender preference.

By the Bronze Age, 3,900 years ago, researchers found that there were three times as many stallion remains as mares – a ‘dramatic shift’ from Stone Age behaviour.

Antoine Fages, a paleogenomicist at Paul Sabatier University in Toulouse said at the time men were also being shown in artwork and buried differently to women.

He said this suggests that a new ‘vision of gender’ started during this period, likely spurred by societal and technological changes.

Researchers say this change in gender vision and a rise in male status came as long-distance trading networks and metal production led to new social hierarchies.

Class divisions began to shine through between the metal workers, warriors and rulers which then led to distinctions between men and women, Fages says.

As society became more male dominated they likely applied this to their animals, including the horses they opted to ride – believing stallions were more powerful.

The authors wrote that the male horses may have had ‘symbolic attributes then associated with masculinity, mounted warriors and chariotry, such as power, protection and strength’.

Fages says that if this is true it suggests ideas about gender status may have shaped human and animal worlds for thousands of years and into the modern day. 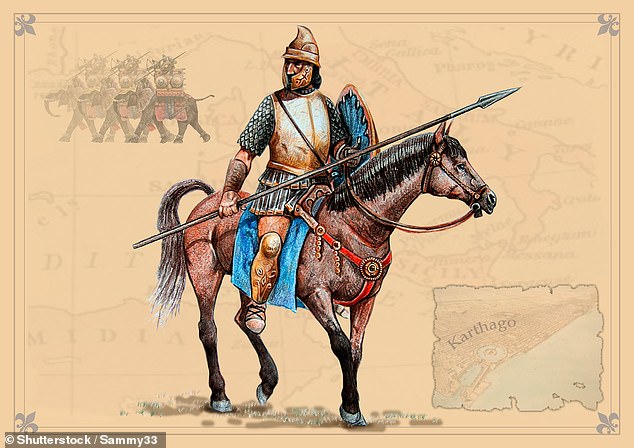 As society became more male dominated they likely applied this to their animals, including the horses they opted to ride – believing stallions were more powerful

He said this preference for male horses continued well beyond the Bronze Age and may have left an enduring genetic legacy.

However, horse geneticist Ernest Bailey from the University of Kentucky told Science that it could just be that earlier groups hadn’t perfected horse husbandry.

He said that the equal mix of mares and stallions could be a sign that they hand’t begun to control horses’ breeding on a large scale.

The team say that this new vision of the world may have extended beyond horses.

‘The emergence of a gendered vision of the world in the Bronze Age extended to the domestic animal sphere,’ he said.

‘Whether this only applies to the horse or extends to other domestic animals, such as dogs remains to be investigated.’

The study has been reported in the Journal of Archaeological Science: Reports.

Age, bronze, ove, sexism, trickled
You may also like: