Sending unsolicited nude images is set to become a crime: California’s new bill would ban the sending of naked photos and lawbreakers may be fined up to $500

Californians could soon be fined for sending unsolicited nude pictures over apps and other digital platforms.

Officials are set to introduce a bill to the state Senate when the next session starts up again in January that would make the act illegal.

The law would aim to put an end to ‘digital harassment’ and the psychological danger the pictures impose – and would penalize those who break it with a $500 fine.

Pew Research Center released an online harassment report in 2017 that found 21 percent of women ages 10 to 29 have reported being sexually harassed online, compared to nine percent of men – and about 53 percent of those women were sent unwanted explicit photos.

Senator Ling Ling Chang, who is currently writing the bill, teamed up with the dating app Bumble to give the bill backing and approval from a website that it happens on, as reported on by the California Globe.

The sending of unsolicited nude photos would be considered a misdemeanor and come with a $500 fine if the bill is passed. 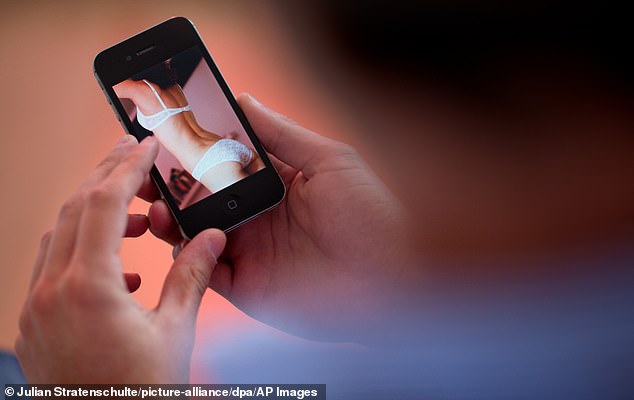 Californians could soon be fined for sending unsolicited nude pictures over apps and other digital platforms. Officials are set to introduce a bill to the state Senate when the next session starts up again in January that would make the act illegal

Senate Bill 255 deems it a misdemeanor to post identifiable nude pictures of someone else online without permission with the intent to cause emotional distress or humiliation.

Sen. Anthony Cannella, the bill’s author, said in a statement that too many people have had ‘their lives upended because of an action of another that they trusted.’ 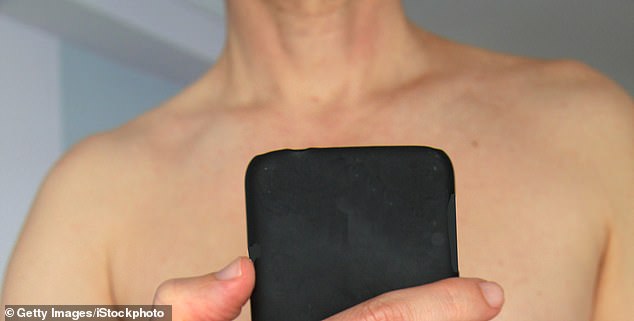 According to NBC, the stream of reports have persisted despite increased efforts from Facebook to quickly identify and remove the images – nude pictures that have been uploaded without a person’s consent.

Among those reports of nude images posted as revenge against another person and also what’s known as ‘sextortion,’ in which nude images are posted to the site in an attempt to black mail someone.

According to NBC, Facebook has worked to revamp its process of flagging harmful images since missteps from several years ago in which the company asked users to submit their nude photos to the platform preemptively.

The section, entitled ‘Sexual Violence and Exploitation’, deals specifically with the subject.

The guidelines say: ‘We remove content that threatens or promotes sexual violence or exploitation.

‘This includes the sexual exploitation of minors and sexual assault.

‘To protect victims and survivors, we also remove photographs or videos depicting incidents of sexual violence and images shared in revenge or without permission from the people in the images.

‘Where appropriate, we refer this content to law enforcement.’