Carbon dioxide levels in the Earth’s atmosphere are higher than they have been for the past 23 million years – and it’s a direct result of human activity, study shows

Carbon dioxide levels in the atmosphere are higher than at any point in the past 23 million years – much longer back than previously thought, a new study shows.

Researchers say today’s high levels of CO2 are a direct result of human activity and are fluctuating at a rate never seen before in the geological timeline.

A team from the University of Louisiana at Lafayette used the fossilised remains of plant tissue to discover the new, much older record high of atmospheric CO2.

Using a new carbon measuring technique, they were able to look at changes in CO2 in the atmosphere going back much further in history than previously achieved. 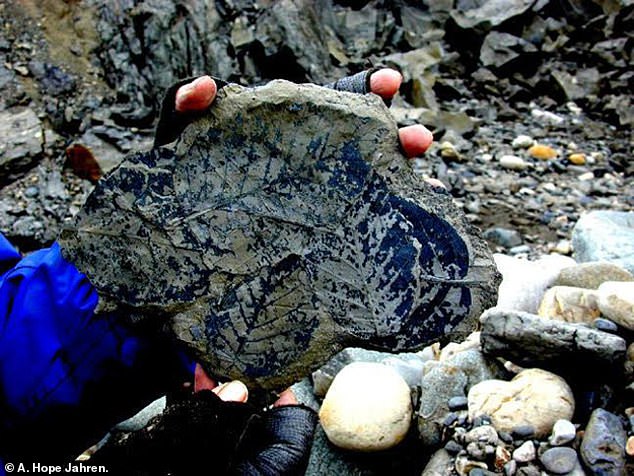 The remains of land plants can be used to calculate the amount of CO2 in Earth’s atmosphere, according to the research team, who say it is at its highest level in 23 million years

Study authors said: ‘A common message in use to convey the seriousness of climate change to the public is that carbon dioxide levels are higher today than they have been for the past one million years.’

They used a new novel method to determine that in fact levels are actually higher than they have been for the past 23 million years.

They are also changing and fluctuating at a rate never before seen in history.

‘The current rise in atmospheric CO2 is the result of human activity,’ said Shubert, when asked about the link between their findings and climate change.

‘This rise is faster than any we have measured across at least the last 23 million years of Earth history,’ the study author added.

‘We infer from our work that even small changes in CO2 can have a measurable impact on ecosystems, both in the past and today.’

Until now the record has only gone back about a million years, with samples taken from ice cores – the new technique  compares carbon isotopes in plant fossils.

Researchers created a new timeline and found no evidence for any major fluctuations in CO2 levels like we’re seeing today at any other point in history.

The authors say this suggests that today’s abrupt climate change is unique across recent geologic history and a call for action to tackle the issue before it gets worse.

They developed a new technique to study the two stable isotopes in carbon and how they change in response to levels of CO2 in the atmosphere.

The study, published in Geology, then involved measuring the relative amounts of these carbon isotopes in fossilised plants and calculating CO2 concentration of the atmosphere when the ancient plants grew. 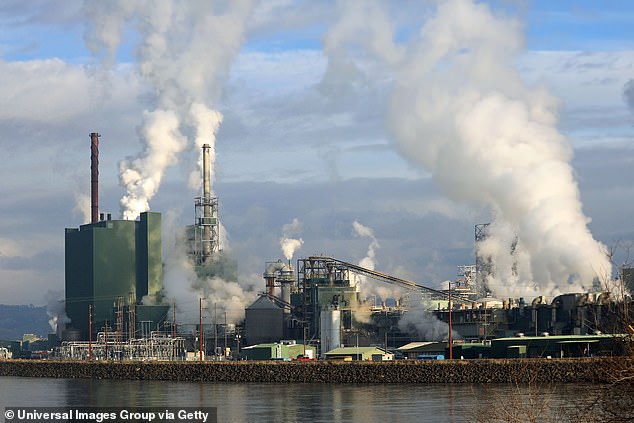 Study authors found that ecosystems and temperatures could be much more sensitive to smaller changes in CO2 than previously thought.

Researchers say these periods were associated with only modest increases in CO2.

‘This suggests present-day CO2 exceeds the highest levels that Earth experienced at least since the Miocene, further highlighting the present-day disruption of long-established CO2 trends within Earth’s atmosphere,’ the team wrote.

are, carbon, dioxide, high, levels
You may also like: