Challenger was the second orbiter of NASA’s Space Shuttle programme to be put into service, after Columbus. It was launched and landed nine times before it tragically disintegrated over the Atlantic Ocean off the coast of Cape Canaveral, Florida. The rocket’s fuselage broke up and scattered into numerous pieces, with the crew compartment and many other pieces recovered from the ocean floor after a lengthy search and recovery operation.

Amid Netflix’s new docuseries ‘Challenger: The Final Flight’ being released, lost tapes from the evening of January 28, 1986, have resurfaced.

Speaking to the controllers from inside the Launch Control Centre at Kennedy Space Centre, the 41st President of the US offered his respects on what he described as “one of the toughest, if not the toughest day” in NASA’s history.

Mr Glenn, an astronaut himself, added: “Really, if we’re honest about it, and honest with ourselves, beyond our wildest dreams, I would have never thought we would ever go this far without losing some people. 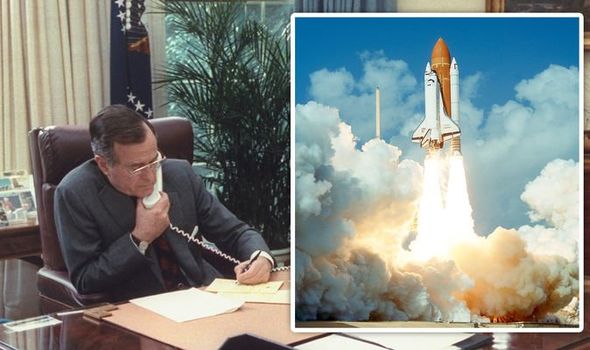 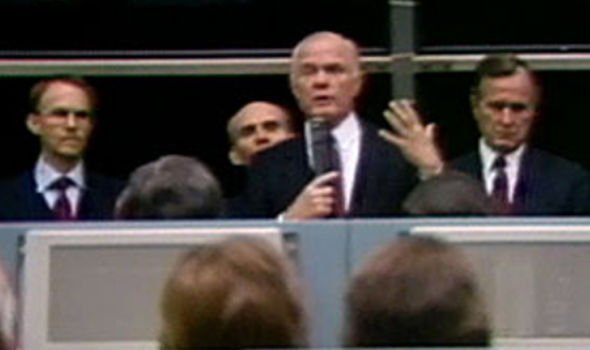 “We come to a time when something happens and we have a tragedy that goes along with our triumphs, and I guess that’s the story of all mankind.”

The meeting in the control room that night was private, but it was captured on a NASA camera.

It would have been all but forgotten if it was not for the researchers behind National Geographic’s documentary “Challenger Disaster: Lost Tapes”.

Tom Jennings, the executive producer and director of the special, told collectSpace in 2016: “One of our researchers asked [NASA] what happened in the launch centre in the hours after the accident.”

After finding out about the meeting Mr Jennings knew they had to try to get hold of the video. 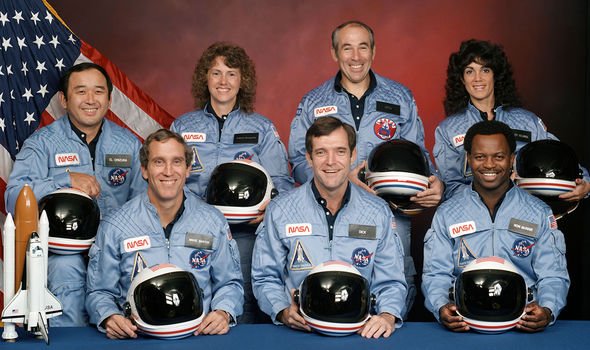 “We watched a bunch of documentaries on Challenger and nobody had used this before.

“Unless we had bothered to ask, nobody would have ever seen that.”

The documentary opens with footage of payload specialist and teacher Christa McAuliffe standing inside a shuttle training mockup, practising the educational lessons she planned to deliver from space.

It then jumps to a video of Challenger on the launch pad as the news outlets prepare for take-off. 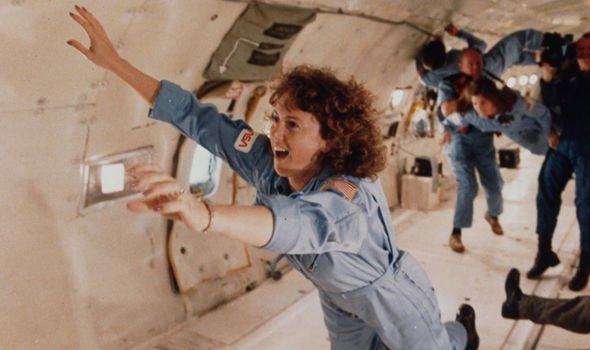 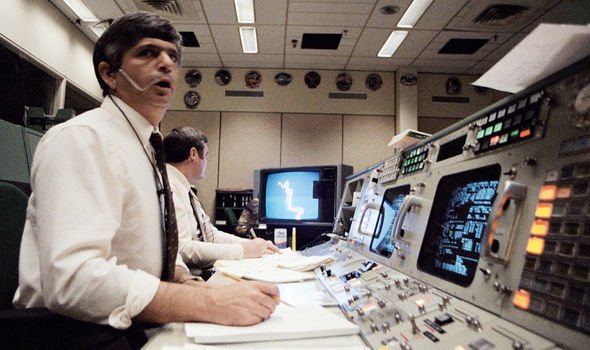 Their excitement would soon turn to devastation, which is why it was important to Mr Jennings that the documentary be respectful to the memory of the crew.

Challenger was destroyed by the failure of its right-side solid-fuel booster rocket, the spacecraft was engulfed in a cloud of burning fuel when its external tank suffered structural failure at an altitude of 46,000 feet.

The hunt for wreckage turned into the largest underwater search and salvage operation since mines were cleared from European harbours after World War 2.

NASA spent an estimated £18million on the operation in the effort to investigate what went wrong.

Challenger’s right-wing was recovered, but when they attempted to pull up the left-wing using cables attached to its landing gear, it broke away and the wing settled back to the ocean floor.

As it was not central to the accident investigation, no other attempts were made to recover the left-wing.

Ultimately, about 50 percent of the space shuttle vehicle – some 250,000 pounds of debris – was recovered.