Through February and March, when hundreds of millions of people were under strict lockdown restrictions in China due to coronavirus, satellite observations from NASA and the European Space Agency (ESA) revealed a dramatic drop in pollution levels. The drop came as the aviation industry virtually came to a halt and many people remained in their homes.

However, three months down the line and with most lockdowns in China coming to an end, scientists from NASA have revealed that pollution levels have bounced back.

NASA revealed that nitrogen oxide (NO2) levels, which are caused through the burning of gasoline, coal, and diesel fuel by motor vehicles, power plants, and industrial facilities, are on the rise in China.

The space agency said: “In early February 2020, scientists using NASA and European satellites detected a significant reduction in a key air pollutant over China after the country shut down transportation and much of its economy.

“Three months later, with most coronavirus (COVID-19) lockdowns ending in China and economic activity resuming, the levels of nitrogen dioxide over the country have returned to near normal for this time of year. Scientists expected this rebound. 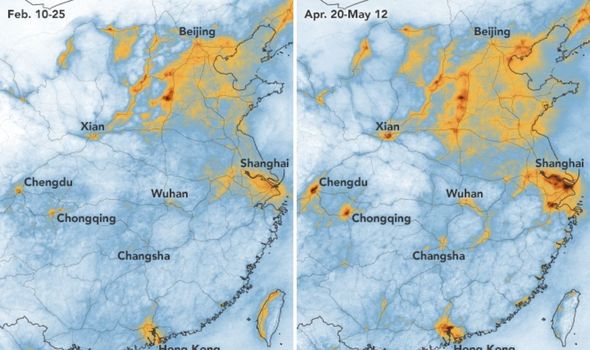 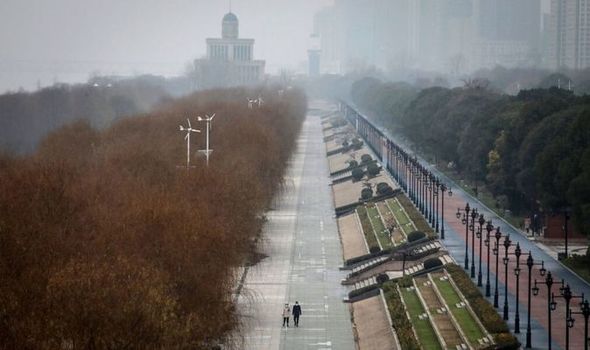 “Past research has shown that air pollution in China usually decreases during New Year’s celebrations and then increases slowly in the month after the celebrations are over.

“However, in 2020, that post-holiday rebound was delayed by several weeks because of the COVID-19 lockdown.

“In February and March 2020, NO2 levels over Wuhan and some other Chinese cities were well below long-term trends. By April, levels approached the long-term norm for the season.

“It is important to note that NO2 levels in the atmosphere naturally decline each year from winter to spring and summer, apart from the Lunar New Year pattern.

“Increasing sunlight shortens the lifetime of the gas near the ground, and changing weather patterns can cause the pollutant to disperse more readily from the air.” 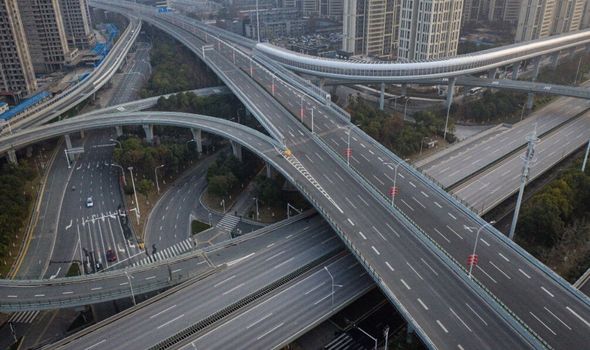 Analysis from Stanford University found the drop in nitrogen dioxide across the planet could save tens of thousands of lives.

Environmental resource economist Marshall Burke has calculated that the two months of pollution reduction has saved the lives of 4,000 children under five and 73,000 adults over 70 in China.

Mr Burke wrote on the blog G-FEED: “Given the huge amount of evidence that breathing dirty air contributes heavily to premature mortality, a natural – if admittedly strange – question is whether the lives saved from this reduction in pollution caused by economic disruption from COVID-19 exceeds the death toll from the virus itself.

“Even under very conservative assumptions, I think the answer is a clear ‘yes’.”