Follow
Home » Science » Coca-Cola is eyeing a deal in the marijuana industry, and insiders say it's a sign that other beverage giants may soon dive in

Coca-Cola is eyeing a deal in the marijuana industry, and insiders say it's a sign that other beverage giants may soon dive in

Coca-Cola is reportedly eyeing a deal to produce beverages infused with cannabidiol (CBD), a non-psychoactive ingredient in marijuana.

It’s yet another sign that big corporations — and institutional firms — are warming up the nascent sector as retail investors snap up cannabis stocks.

Though neither Coca-Cola nor its reported partner Aurora Cannabis confirmed a deal was in the works, the beverage giant’s interest is the latest in a long line of traditional beverage companies who are looking to marijuana as a way to boost sluggish soda and beer sales.

In August, Constellation Brands — the beermaker behind Corona and Modelo — paid $4 billion for a 38% stake in the Canadian cultivator Canopy Growth. Lagunitas, Heineken’s popular California-based brand, recently developed a hoppy, THC-infused sparkling water. Molson Coors recently entered a joint venture with Hexo, a publicly-traded cultivator, to produce marijuana-infused beer for the Canadian market, among other deals.

“The news that Coca-Cola is seeking a way to participate in the cannabis beverage market is not surprising at all,” Jon Trauben, a partner at the New York City-based Altitude Investment Management, told Business Insider. “I think the bigger question is the extent to which all of the major global beverage companies are planning to participate.”

To that end, Vivien Azer, an analyst at Cowen, said in a note to clients that she “would not be surprised” to hear of a deal between PepsiCo and a cannabis company. CBD, which is known to have anti-inflammatory properties, would be a “good complement” to PepsiCo’s Gatorade franchise.

Mitch Baruchowitz, the managing partner of Merida Capital, a cannabis-focused private equity fund, said pursuing an “undeveloped space” like CBD-infused beverages is a “great opportunity to be early, which is not something Coke sees often.”

Baruchowitz said he expects Coca-Cola will pursue a joint venture, similar to Molson Coor’s agreement with Hexo, as the beverage maker has no expertise in the CBD space.

“The involvement of an industry leader like Coca-Cola, with arguably the best-known brand in the world, both validates and highlights the market potential of the cannabis industry,” Lusardi said. “We would expect to see similar indications of interest across the mainstream consumer packaged goods industry, as these mature companies look to breathe new life into new brands and expand into new categories.”

Challenges still remain for corporations looking to jump into marijuana. For one, banks are unwilling to lend money to companies that deal with marijuana, as the plant is federally illegal in the US.

Coca-Cola would also have a difficult time marketing a CBD-infused product in the US unless federal laws change.

“The challenge remains that until the U.S. government de-schedules cannabis, companies like Coca-Cola will be hamstrung to produce innovative cannabis products with American operators,” Kevin Murphy, the CEO of Acreage Holdings, said. 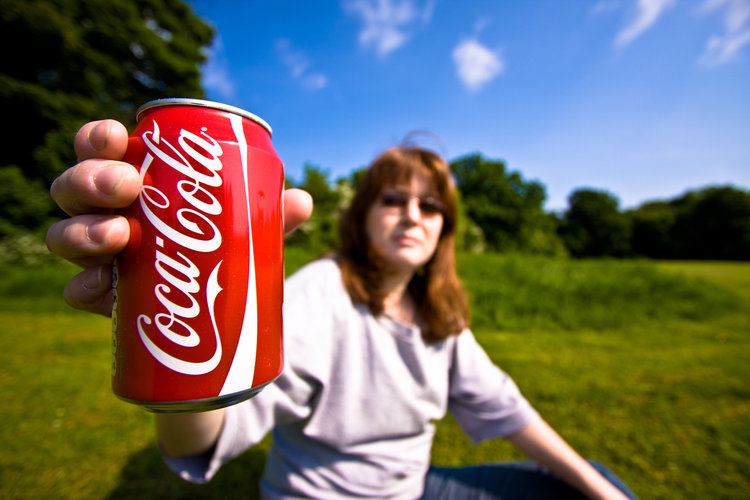 The fact is, “the legality of selling CBD products in the US is still murky,” Kris Krane the president of 4Front Ventures, a firm that invests and manages a network of marijuana dispensaries across the US said.

Perhaps because of marijuana’s federal status in the US, Coca-Cola’s reported target, Aurora Cannabis, said in a Tuesday statement that there was “no agreement or understanding” with the beverage giant yet, but confirmed it has engaged in “exploratory discussions.”

Coca-Cola said in a statement “we have no interest in marijuana or cannabis,” but added: “We are closely watching the growth of non-psychoactive CBD as an ingredient in functional wellness beverages around the world.”

CBD’s legal status could change if Congress passes the 2018 Farm Bill. Senate Majority Leader Mitch McConnell attached the Hemp Farming Act to the bill, which would remove low-THC (the psychoactive substance in marijuana) marijuana from the Controlled Substances Act, effectively legalizing both hemp and CBD extraction in the US.

“If the Farm Bill passes, this market would open up in the U.S. almost overnight, creating immediate retail opportunities domestically,” Bethany Gomez, the director of research at Brightfield Group, a cannabis market research firm, said.

CBD is linked to a range of health benefits and was recently approved by the FDA for use in an epilepsy drug. It’s also become something of a health-food staple as of late, showing up in products like teas, candies, and beverages.

To some cannabis industry CEOs, Coca-Cola’s interest in the sector is a welcome sign that things are just getting started.

“We are seeing high profile companies, in addition to institutional investors, waking up to opportunities in the space,” Ben Kovler, the CEO of the publicly-traded Green Thumb Industries said. “We believe we are still in the early innings of this industry in the US.”

This is a subscriber-only story. To read the full article, simply click here to claim your deal and get access to all exclusive Business Insider PRIME content.