Follow
Home » Science » Companies like Walmart, CVS, and Amazon are beefing up their healthcare strategies. Here are their plans to upend the $3.5 trillion industry.

Companies like Walmart, CVS, and Amazon are beefing up their healthcare strategies. Here are their plans to upend the $3.5 trillion industry.

The $3.5 trillion healthcare industry is in flux.

As healthcare costs keep rising — leaving Americans on the hook for higher bills — retailers see an opportunity to win patients over with more convenient places to get care and/or lower prices.

It’s led to the lines around what constitutes a healthcare company being redrawn, with retail pharmacies like CVS Health acquiring insurers, and tech companies like Amazon getting into the pharmacy business, and major grocer Kroger investing more in keeping its shoppers healthy with the help of food.

It’s also happening at a time when those same retailers are competing to get customers to still come through their doors as more and more shopping moves online. One way to do that is to have customers come to the centers for check-ups, lab testing, or other health services.

Here’s how retailers like CVS Health, Walgreens, Walmart, and Kroger are bulking up their healthcare strategies. 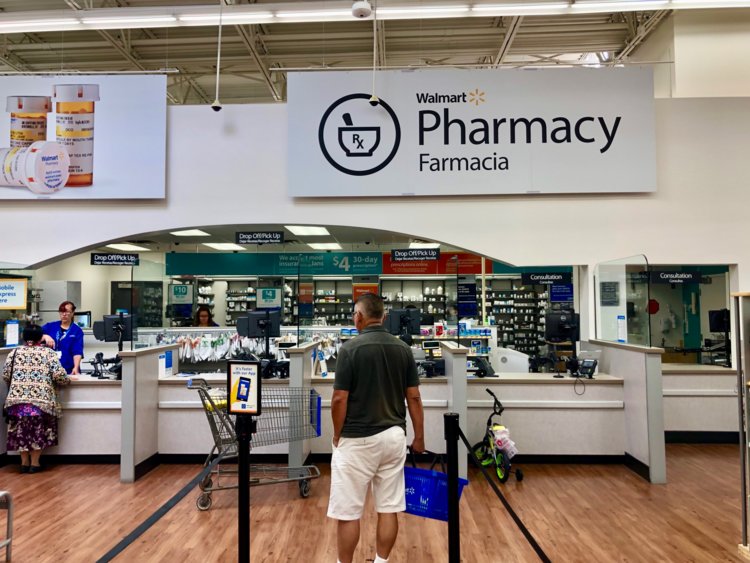 Walmart is preparing to launch a massive push into healthcare, as the giant US retailer vies for a bigger slice of the $3.5 trillion US healthcare industry.

The retail giant plans to offer services such as primary care, counseling, home care, and dentistry,Sean Slovenski, Walmart’s president of health and wellness, told Business Insider. Walmart is starting by opening “prototype”health centers in northern Georgia that could quickly make Walmart into the largest provider of basic healthcare in the region.

The goal, he said, is to do for healthcare what Walmart’s supercenter stores did for retail: offer a breadth of services conveniently and at a much cheaper price point than rivals. For instance, a primary care visitcosts $40, while a dental visit costs $25.

Slovenski said the clinics are a big piece of the company’s health strategy.

“We see these as being a crown jewel of what we want to accomplish in the physical world, in the home, and in the virtual world as well,” Slovenski said.

This isn’t the first time Walmart’s built out its retail clinics. Walmart, which has more than 5,000 retail locations in the US, has been eyeing healthcare for more than a decade and previously announced ambitious health plans. While the company had planned in the past to have as many as 2,000 clinics open, it currently has about 20 clinics over three states.

Slovenski acknowledged Walmart’s past missteps and said the current push was a top priority for the company’s senior leadership, including US CEO Greg Foran and CEO Doug McMillon.

“Like a lot of the retailers, everyone’s eyes were bigger than their stomach when they bellied up to the buffet,” he said. “We finally got to the point this past year with the right strategy, the right team, and the right timing.”

Read more: Walmart is opening health clinics, but that’s just the start. We got the full story from the exec leading its push into the $3.5 trillion US healthcare industry.

CVS Health bought health insurer Aetna as part of its plan to make itself the place Americans go when they get sick. 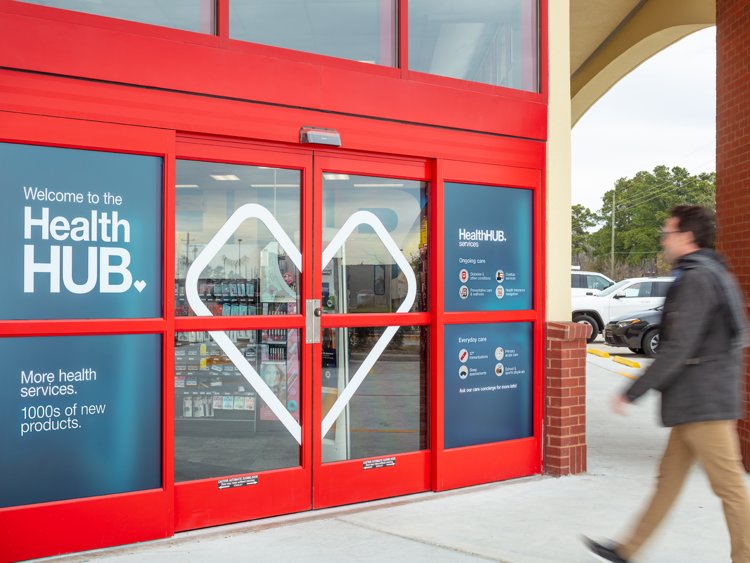 In 2018,CVS acquired the health insurer Aetna, combining nearly 10,000 pharmacies, a drug-benefits business, and one of the biggest US health insurers. The result is anentirely new healthcare company that can wield a tremendous amount of power over how healthcare gets paid for and provided to people.

The$70 billion acquisition accelerated a reckoning for CVS over the purpose of its drug stores. As consumers increasingly shop online, they’re coming into CVS stores less for things like milk, bread, and toilet paper. Instead, CVS wants consumers to think of the stores as a place for healthcare, where they can get their dry skin examined, or check-in about their diabetes.

It’s now turning about1,500 of its stores into HealthHubs, which can provide a broad array of health services. Through the HealthHubs, the plan is to help people manage more chronic diseases like diabetes, keeping them healthier and out of the hospital.

Read more: CVS wants to change where millions of Americans go when they get sick. Here’s how it plans to get them in the door in the first place.

Kroger is betting it can keep you healthy by tracking your groceries and prescriptions. 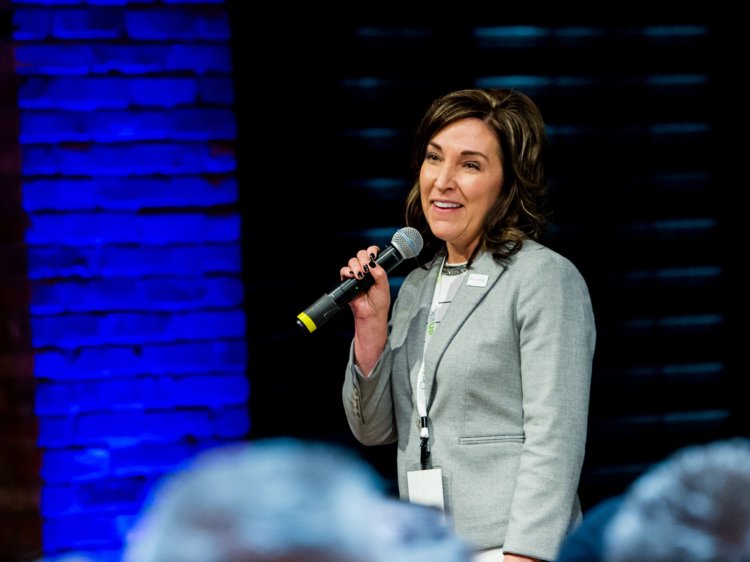 In the past few years, Kroger, the largest supermarket chain in the US, has restructured itself to bring its 2,200 pharmacies, 215 health clinics, and nutrition services all under the purview of Kroger Health President Colleen Lindholz.

Kroger’s goal is to decrease the number of prescriptions dispensed in favor of promoting healthier lifestyles and food choices to grocery and pharmacy customers.

To do that, it’s invested in technology that can track prescription and grocery-buying information. That way, it could nudge consumers toward healthier choices as well as give pharmacists a better look into patients’ eating habits.

Kroger isalso looking to get paid by insurers. Health insurers already pay for dietician services, such as coaching, but Kroger wants them to cover a “food benefit,” in the same way they cover a procedure or a pill. The hope is to have insurers pay for a box of healthy food to be shipped to a member’s house.

Read more: America’s largest supermarket chain is betting it can keep you healthy by tracking your groceries and prescriptions

Amazon’s purchase of online pharmacy PillPack put the rest of the healthcare industry on notice. 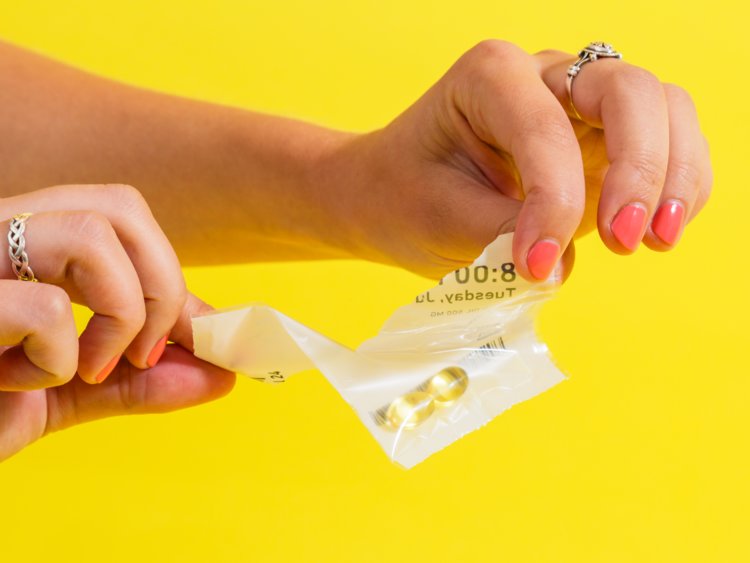 Amazon in 2018 sentshockwaves through the healthcare industry when it said it was acquiring online pharmacy PillPack. PillPack mails prescriptions to people who take multiple medications, packaging them together based on dose. The company has pharmacies around the country that send out medications by mail.

Since then, Amazon hasn’t let on much about how the pharmacy will fit into its overall health strategy.

That hasn’t stopped others from going on theoffensive. In June, healthcare giant CVS Health filed a lawsuit against a former employee hired by PillPack, in which CVS alleged that PillPack is competing with its services and coming after its clients.

Over the past year, PillPack has started to give hints of where it’s business is heading with the support of Amazon. CNBCreported in May that a group of health insurers approached PillPack about providing its services to their customers, though no agreement has yet been reached.

And in August, PillPack waged a battle with health-data company Surescripts over access to the prescription history data that Surescripts collects, pressing the issue of how pharmacy data should be shared.

Read more: We just got the first look at how Amazon’s $750 million acquisition of PillPack could upend the US healthcare system

Walgreens is leaning on partnerships and building out its health services in some locations. 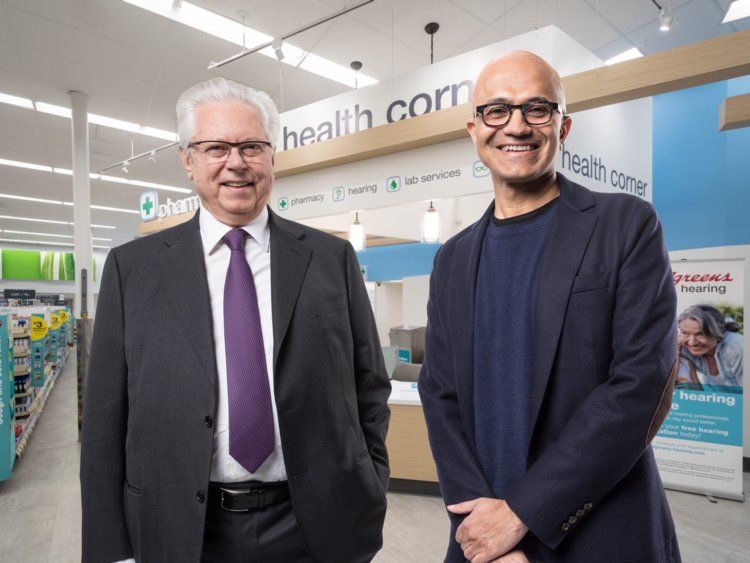 In a bid to get more customers coming through its doors, Walgreens has been experimenting with putting different health services into its locations. Those include hearing screenings,eye exams, andlab tests in addition to the 9,560 pharmacies the company operates in the US.

Walgreens has also been striking up partnerships with grocery stores, health plans, beauty subscription boxes, and tech giantsMicrosoft and Alphabet’s life sciences arm Verily, with the hope of finding new ways to make use of the drugstore’s footprint. For instance, in its partnership with Microsoft, the two plan to test out health offerings, including 12 pilot “digital health corners” in stores.

The partnerships strategy has drawn skepticism from investors, however, because they fall short of the big transactions pursued by the company’s rivals and are slow to add profits to the company’s bottom line.

Read more: Take a look inside Walgreens’ futuristic store where it’s plotting new ways to take on Amazon and CVS 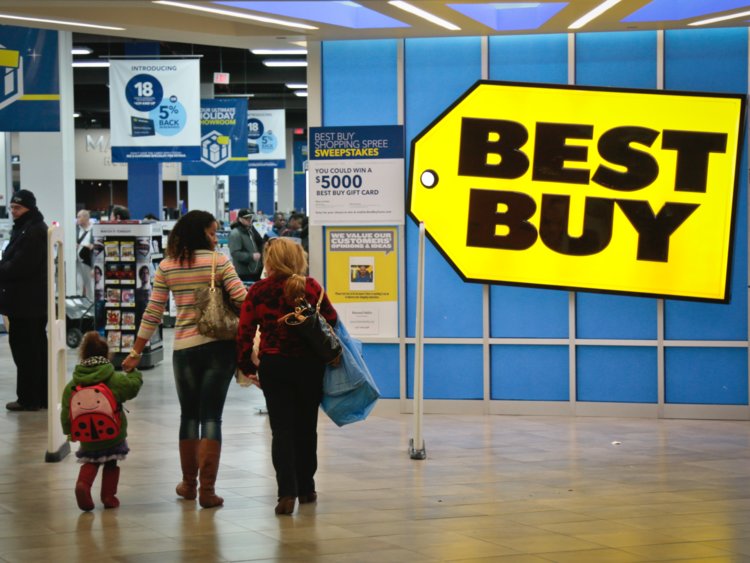 Consumer electronics retailer Best Buy raised eyebrows in 2018 when it bought emergency device healthcare companyGreatCall for $800 million. Since then, it’s gone on to acquire Critical Signal Technologies, a health services company, for $125 million.

“Our focus is to enable seniors to live longer in their homes and help reduce their health care costs,” Best Buy CEO Hubert Joly said on a May quarterly earnings call. “We believe that the combination of technology and our human touch provided through the ability to access and engage people in their homes is a highly relevant and differentiated proposition.”

It remains to be seen just how far the company’s health ambitions go, but for now it seems centered on helping seniors age in their homes with the help of remote monitoring technology.