Conservatives tend to favor personal experience over scientific expertise because more prefer ‘to find their own truth,’ study reveals

Conservatives are more likely to put anecdotal experience and empirical evidence on equal footing, according to a recent study.

Although all the articles included scientific experts disproving the theory, they also included dissenting opinions from non-experts who claimed, anecdotally, they had seen the theory proven true.

Three-quarters of self-identified liberals viewed the scientist as more legitimate, while barely more than half of conservatives did.

Of those who actually favored anecdotal opinion over hard science, two-thirds were conservatives. 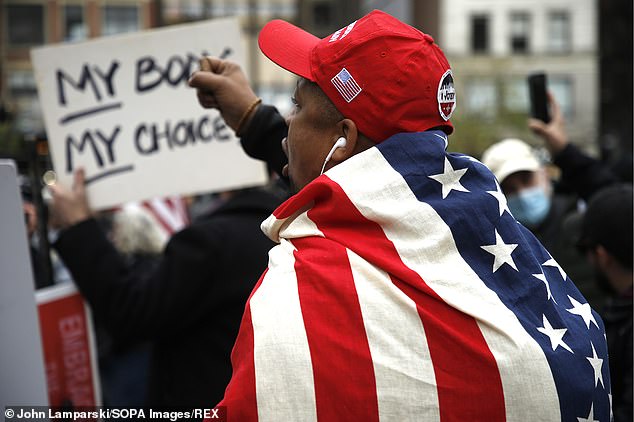 Researchers found political conservatives were more willing to equate anecdotal opinion and science-based evidence than liberals. Pictured is a protest at an anti-lockdown rally in New York City

The study was conducted by Swan, a psychology professor at Eureka College, and Randy Stein, a marketing professor at California Polytechnic State University.

The two researchers, who published their findings in the journal Political Psychology, were inspired after writing a paper about how Myers-Briggs was a poor assessment tool.

‘We found there was an anti-science bias in our samples and a belief in ‘finding your own truth,’ Swan told the Daily Mail. ‘We wanted to look into how deep that went.’

They asked 913 American adults to read an excerpt from an article debunking a common misconception. 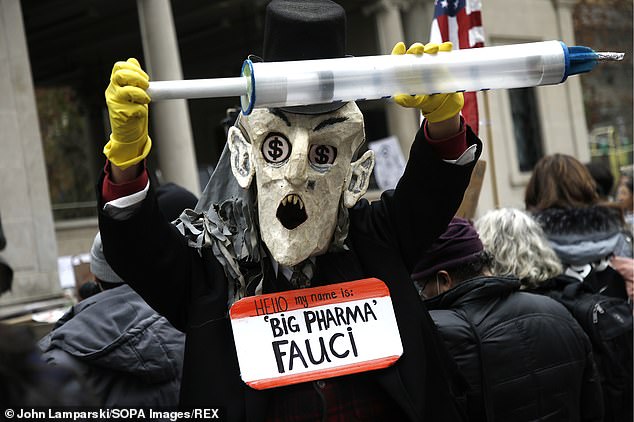 ‘Conservatives are less likely to be flexible even when new information is provided,’ researchers said, accounting for the divide on mask-wearing during the pandemic

In one article, a psychologist explained how the popular Myers-Briggs Type Indicator (MBTI) personality test has little scientific merit and is a poor predictor of attitude or performance.

One version of that article also included a statement from an personnel consultant, insisting people he worked with ‘have successfully used MBTI to guide their careers, and their lives.’

In another version of the same article, the dissent appeared as an anonymous reader comment: ‘The professor did his research but he has no real-life experience,’ it read. ‘MBTI works, I took it and in my experience it was correct.’

The researchers set up the same dynamic with three different disproved theories: that magnetic jewelry has healing properties, that gamblers can have a ‘hot streak,’ and that an individual investor can consistently beat the market.

In every version, a scientific expert explained how there was no validity to the theory and offered an opinion on why people still cling to it.

That explanation was then followed by a non-academic asserting they’ve seen it work in their lives.

‘Though both liberals and conservatives tended to see the researcher as more legitimate overall, conservatives see less of a difference in legitimacy between the expert and the dissenter,’ the authors wrote in The Conversation.

Participants’ political ideology was determined by a combination of self-identification and a series of questions. 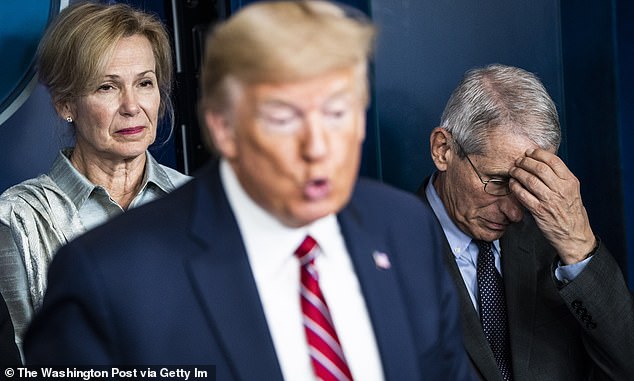 Three-quarters of self-identified liberals viewed the scientist as more legitimate, while barely more than half of conservatives did. Of those who actually favored anecdotal opinion over hard science, two-thirds were conservatives

But they were careful to choose topics that were fairly uncontroversial, said Swan.

‘We definitely wanted to use non-political issues,’ he said. ‘If we had gone with something like climate change, the subjects would have divided themselves up by ideology regardless of who was more compelling.’

Testing was conducted in late 2018, well before the election and the pandemic, but Swan says the divide has only gotten deeper.

He points to beliefs about mask-wearing and how serious the virus is as examples.

‘One of the biggest differences in political ideology is ideological flexibility—conservatives are less likely to be flexible even when new information is provided,’ Swan says. ‘The narrative is becoming a behemoth of ‘Don’t trust what they’re saying because they’re going back and forth.’

While ‘hearing from both sides’ can sound virtuous, he says, it’s not helpful when comparing perspectives with vastly different levels of expertise.

‘There are no really good federal science literacy standards,’ he said. ‘In rural Illinois, where I teach, it’s pretty obvious when a student hasn’t gotten a lot of the same information I have. Even the basics, like the scientific method.’

He also suggests giving scientists better training on speaking to the public.