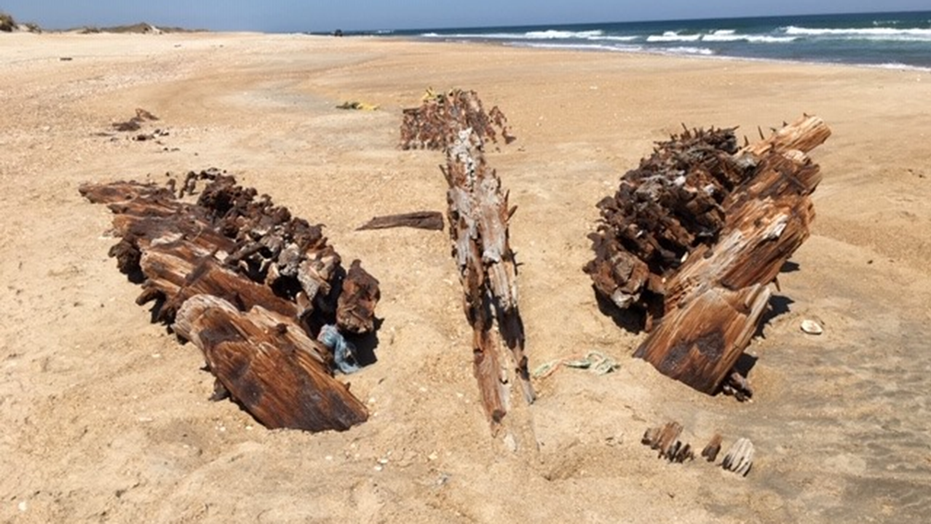 The creepy skeleton of an 86-year-old shipwreck has been revealed by the shifting sands of a North Carolina beach.

The Cape Hatteras National Seashore posted an image of the wreck on Facebook June 1. The wreck is the G.A. Kohler, a four-masted schooner that became stranded on Hatteras Island in August 1933. “The ship was sailing south along the Outer Banks when a hurricane passed through causing the ship to crash onto the beach,” officials explained. “All crew members were rescued, but the ship lay stranded for a decade.”

During World War II, the ship was burned for her iron fittings, leaving the shipwreck “skeleton” that is sometimes visible when sands shift. 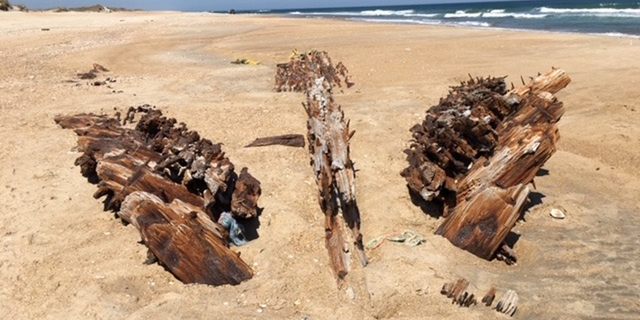 “This shipwreck is just one of hundreds that have crashed along the North Carolina coast, which gained the name the Graveyard of the Atlantic,” explained the Cape Hatteras National Seashore. “With the shifting sands, shipwrecks will be uncovered and recovered over and over again.”

Shipwrecks have been generating plenty of attention recently. A mysterious 19th-century shipwreck, for example, was recently discovered by researchers testing underwater drone equipment in the Gulf of Mexico.

Earlier this year a search for shipping containers that fell off a merchant ship during a storm led to the discovery of a historic 16th-century shipwreck in Dutch waters.

by, creepy, revealed, S, shipwreck
You may also like: