Daniel Callahan, a pioneering bioethicist who grappled with issues presented by medical advances like organ transplants, prenatal diagnoses and artificial respirators, died on July 16 at a hospital in Dobbs Ferry, N.Y. He was 88.

His son David said the cause was chronic obstructive pulmonary disease.

A leading liberal Roman Catholic thinker who eventually left the church, Mr. Callahan co-founded the Hastings Center in Hastings-on-Hudson, north of New York City, in 1969. The center calls itself the first research institute in the world devoted to bioethics, a field that examines moral uncertainties in medicine, health care and the life sciences.

Before he helped establish that field, Mr. Callahan edited Commonweal, the liberal Catholic magazine, from 1961 to 1968. So provocative were his writings that the historian Rodger Van Allen called him “perhaps the most influential Catholic layman of the 1960s.”

Mr. Callahan went on to become a prolific author and wrote or edited 47 books, many of them addressing what he called “human finitude,” the finiteness of life, and the conflicts that arose when modern medicine tried to extend it.

The scope of his interests was impressively wide, as the Hastings Center said in an appreciation of him, “beginning with Catholic thought and proceeding to the morality of abortion, the nature of the doctor-patient relationship, the promise and peril of new technologies, the scourge of high health care costs, the goals of medicine, the medical and social challenges of aging, dilemmas raised by decision-making near the end of life, and the meaning of death.”

Among his most important books was “Setting Limits: Medical Goals in an Aging Society” (1987), which argued for rationing the health care dollars spent on older Americans.

“The proper question is not whether we are succeeding in giving a longer life to the aged,” he wrote, but “whether we are making of old age a decent and honorable time of life.”

While he had been raised Catholic and initially opposed abortion, Mr. Callahan came to challenge church doctrine and support abortion rights.

His early books reflected his growing skepticism about the church. They included “The Mind of the Catholic Layman” (1963), in which he urged the church to accept its members’ freedom and maturity rather than insist on blind obedience, and “Honesty in the Church” (1965), in which he questioned whether the church could admit its faults and allow its members to express their doubts in public.

His own doubts led him to leave the church in 1968. His wife, Sidney Callahan, who had converted to Catholicism, was so upset at this turn of events that she called that year the worst of her life, their son David said in a phone interview.

The Callahans were a prominent intellectual couple, noted in part for their divergent views on abortion. Mr. Callahan considered himself “51 percent pro-choice and 49 percent pro-life,” a position he arrived at because his belief in freedom of choice only slightly outweighed his belief in the sanctity of life.

But Ms. Callahan, who was an associate professor of psychology at Mercy College, was more firmly in the pro-life camp, and the two frequently debated their views in public, including on television. They also co-edited the book “Abortion: Understanding Differences” (1984). 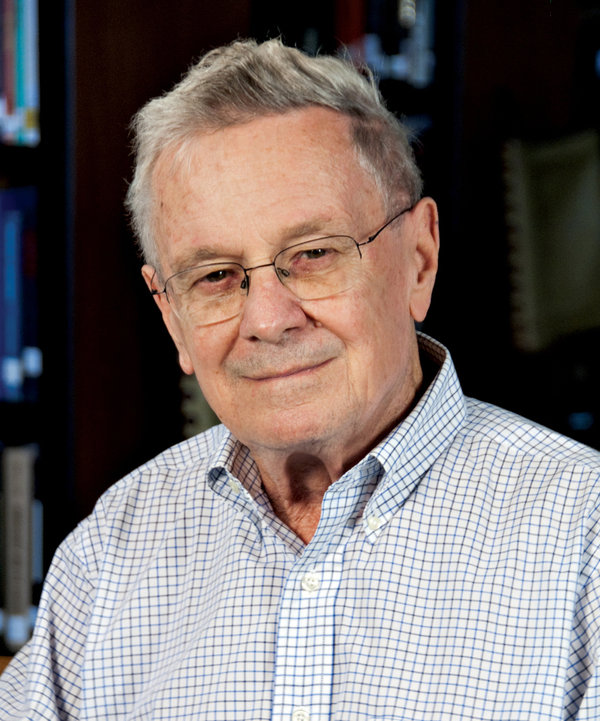 As time went on, Mr. Callahan turned his focus to the technology and expense that modern medicine devotes to extending life. He felt strongly that with limited resources, society should be helping the young grow old, not keeping the old alive. Often lost in the rush to extend life, he believed, was the question of what the purpose of living longer would be.

“He challenged the notion that more care is always good and that progress can be measured in scientific and technological advances alone,” said Dr. Jacob M. Appel, an assistant professor of psychiatry and the director of ethics education in psychiatry at the Icahn School of Medicine at Mount Sinai in Manhattan.

“He urged his peers and the public to look beyond narrow issues in law and medicine to broader questions of what it means to live a worthwhile life,” Dr. Appel said by email.

He added that Mr. Callahan was known for conducting himself with humility, humor and an appreciation for nuance. “In the increasingly polarized field of bioethics,” he said, “Callahan was a rare figure respected by both liberals and conservatives.”

Daniel John Callahan was born on July 19, 1930, in Washington to Vincent and Anita (Hawkins) Callahan. His father worked as a journalist in the early days of radio, and his mother was a homemaker.

Daniel attended Yale on a swimming scholarship and earned his bachelor’s degree in philosophy in 1952. The next year he served in the Army’s Counter Intelligence Corps, assigned to the Pentagon.

The couple had seven children, one of whom died in infancy. In addition to his wife and their son David, Mr. Callahan is survived by his children Mark, Stephen, John, Peter and Sarah Callahan and five grandchildren.

While at Harvard, Mr. Callahan became disillusioned with philosophy, finding it irrelevant to the real world. At one point, he wandered over to the Harvard Divinity School to see if theology might suit him better. As he wrote in his memoir, “In Search of the Good: A Life in Bioethics” (2012), he concluded that theologians asked interesting questions but did not work with useful methodologies, and that philosophers had useful methodologies but asked uninteresting questions.

He left Harvard disenchanted with academia altogether. Instead, he was captivated by the ethical implications of medical advances that had sprung up during and after World War II, among them organ transplants, intensive care units, the birth control pill, end-of-life care and genetic engineering.

With Willard Gaylin, a psychoanalyst and his neighbor, he founded the Institute of Society, Ethics and the Life Sciences, later renamed the Hastings Center. He served as its director from 1969 to 1983 and as president from 1984 to 1996, when he became president emeritus.

From the beginning Mr. Callahan asked fundamental questions. What constituted progress, for example, and was it really progress to keep people alive indefinitely?

“How long do you need to live to have lived a decent life?” he asked during a 2015 discussion at Harvard. He said he had decided that 80 was about long enough, even though he was 85 at the time.

An earlier version of a picture caption with this obituary misspelled Mr. Callahan’s given name. As the headline and article correctly noted, he was Daniel, not Danial.