Although the unexpected encounter actually occurred in 2015, due diligence was required to confirm the discovery because the discovery was based solely on video evidence.

Fortunately, the quality of Deep Discoverer’s cutting-edge cameras meant physical specimens were eventually not required for making the case.

The resulting footage was capable of capturing subtle details on D. sparksae’s body less than a millimetre in length.

This analysis of the organism eventually indicated it is easily distinguishable from all other known ctenophore specie. 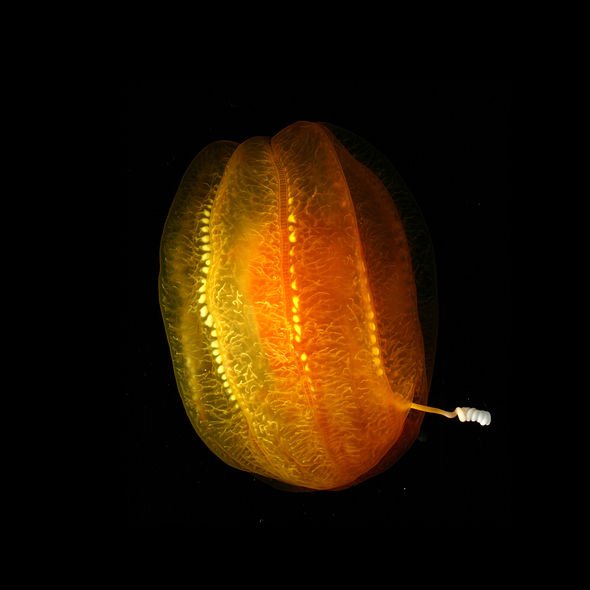 Dr Allen Collins, a NOAA marine biologist, said: “It’s unique because we were able to describe a new species based entirely on high-definition video.

“We don’t have the same microscopes as we would in a lab, but the video can give us enough information to understand the morphology in detail, such as the location of their reproductive parts and other aspects.”

Three different individuals were eventually captured by the probe at depths averaging 2.5 miles down (3.9km). 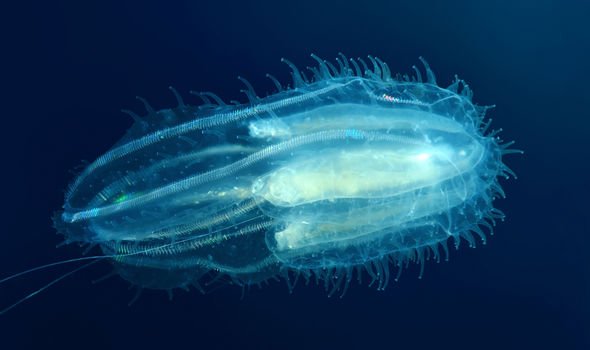 One remarkable clip depicted an animal appearing to use its tentacles to anchor itself to the ocean floor.

Mike Ford, an NOAA oceanographer, said in a statement: “It was a beautiful and unique organism.

“It moved like a hot air balloon attached to the seafloor on two lines, maintaining a specific altitude above the seafloor.

“Whether it’s attached to the seabed, we’re not sure. We did not observe direct attachment during the dive, but it seems like the organism touches the seafloor.”

Although the other specimens were not spotted anchored to the seabed, all three were spotted within two metres away, in a feature called the Arecibo Amphitheater, lying within the Guajataca Canyon underwater trench.

Ctenophores are frequently found in such extremely deep parts of the ocean, but the extreme nature of their natural habitat means these mysterious animals – let alone new species – are very rarely encountered.

Although ctenophores resemble jellyfish on a superficial level, they are actually not even closely related.

Ctenophores, which are carnivorous, subsist on small arthropods and various kinds of larvae. 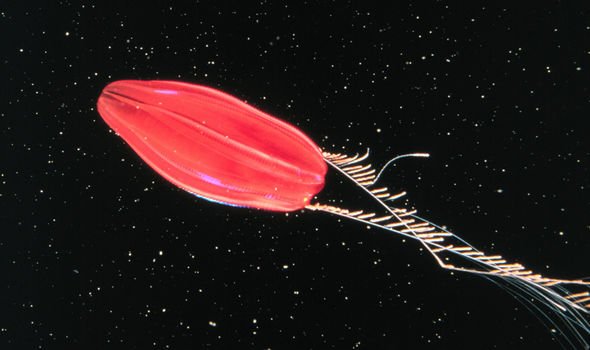 Almost 200 species have so far been described, with a new species discovered roughly once a year.

The researchers wrote: “This presents somewhat of a conundrum because taxonomy relies heavily upon physical type specimens preserved in museums to serve as references to which other material can be compared.

“Indeed, the idea of using photographic evidence to establish new species has been highly contentious in recent decades.”

Fortunately, the superb quality of the retrieved D. sparksae footage, meant the researchers did not face “any pushback” about their latest species discovery.

And although the team hopes to collect specimens on future dives for physical analysis, it might take decades before they get a realistic opportunity

Dr Collins said: “Even if we had the equipment, there would have been very little time to process the animal because gelatinous animals don’t preserve very well.

“Ctenophores are even worse than jellyfish in this regard.”