Follow
Home » Science » Dispensed: Pharma's next big megamerger, a string of healthcare IPOs, and why the CEO of Clover Health regrets setting up shop in Silicon Valley

Dispensed: Pharma's next big megamerger, a string of healthcare IPOs, and why the CEO of Clover Health regrets setting up shop in Silicon Valley

Welcome to this week’s edition ofDispensed, Business Insider’s weekly healthcare newsletter. I’m back after a weekend of fun in Austin, Texas, where the weather was hot and humid but the breakfast tacos were sublime.

What a week to jump back into the swing of things. After a somewhat quiet Monday, the healthcare team started Tuesday off early with the news thatAbbVie is buying Allergan in a $63 billion deal. Between that and a slew of initial public offerings in biotech and healthcare, it made for a busy week.

Before I dive in, I wanted to see what you all thought of the news of recently departedFood and Drug Administration Commissioner Scott Gottlieb joining the board of Pfizer. It seemed to cause quite a stir, but I’m curious if this is a development that’s cause for alarm, a classic transition for high-ranking agency officials, or something else. Let me know what you think at [email protected]

And I promise we received everyone’s “under 40” nominations — thank you SO much for sending those in, we’re overwhelmed by all the folks who threw their hat in for consideration. Stay tuned for more on that this summer.

New to ournewsletter? Youcan sign up for Dispensed here. 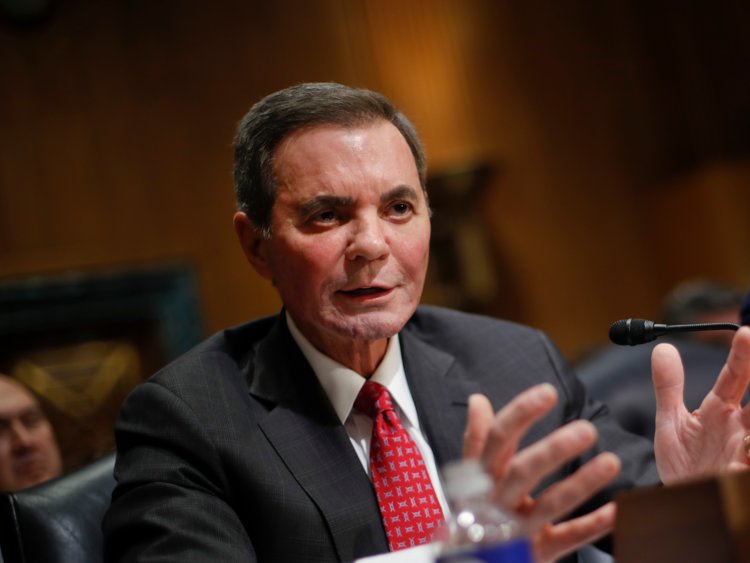 In just the first six months of the year, we saw plans to combineBristol-Myers Squibb and Celgene in a $74 billion deal and now, Botox-maker Allergan is selling to AbbVie in a $63 billion. I for one wouldn’t be surprised if we see more big combinations before the year is through.

BI’s healthcare team was all over the news of the deal.

And for fun: here’s the history ofAllergan’s blockbuster drug Botox (We have a podcast on it as well!) as well as ahistory of Allergan itself, which has its roots in an eye care company started in the 1940s.

A wave of healthcare IPOs

The IPO window for biotech companies appears to be wide open, as evidence by this week’s showings by Adaptive Biotechnologies and BridgeBio.

Emma was up at the NASDAQ for the opening day for both companies and came back with these dispatches.

Simultaneously, a window for digital health and healthcare IT companies appears to be opening as well. Change Healthcare, a Nashville, Tennessee-based revenue-cycle-management software company spun out of the healthcare giant McKesson, on Thursday said it’s looking toraise $1 billion in its IPO. It has a valuation of about $5 billion. The Utah-based healthcare software companyHealth Catalyst on Thursday also filed to go public.

Which leads us to Friday’s preliminary S-1 filing by diabetes management company Livongo. The company’s looking to raise as much as $200 million and achieve a valuation of $2 billion to $2.5 billion, a source tells me.

You can read more about the company’s financials, how big of a market it’s anticipating, and what it’s all about here. And here’s a look at theinvestors and individuals who stand to make the most on the IPO.

Lastly, I wanted to flag some interesting conversations the healthcare team had this week.

Before heading down to Austin, I spent some time onstage catching up with Clover Health CEO Vivek Garipalli about the lessons he’s learned operating a health plan for the past five years. Crucially, we touched on the layoffs the company went through in March and the opening of Clover’s new office in Nashville.

The CEO of buzzy healthcare startup Clover Health regrets setting up shop in Silicon Valley. Here’s why he just opened an office in Nashville.

And Emma spoke withEli Casdin, founder of Casdin Capital, about why he’s looking past the “sexy” bets in the healthcare industry when he picks investments.