'Driverless pods' are transporting passengers around a shopping centre

Futuristic ‘driverless pods’ are transporting passengers around a shopping centre near Bristol as part of a trial that could see them rolled out across the UK.

The trial is being run by infrastructure company AECOM and, if successful, could lead to a full ‘open road’ trial later in the year.

AECOM is testing the vehicles at The Mall, Cribbs Causeway, just north of Bristol to see how they navigate large everyday obstacles.

The British-made electric vehicles operate entirely autonomously, so the team wanted to test them in an area with pedestrians, scooters, bikes and animals. 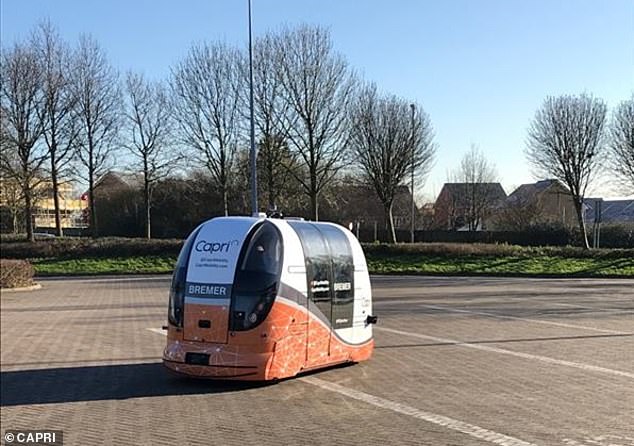 For the trial a pod will drive between the shopping centre and its car park, giving people a ‘taster’ of what it is like to travel inside, says AECOM.

The pods use a mixture of sensors, radar and AI to navigate crowded areas, and have already been tested at the Queen Elizabeth Olympic Park in London.

However, this is the first test that won’t include a backup driver inside the pod, unlike the London trial where a ‘supervisor’ monitored controls.

The electric vehicles have only been tested on private roads so far, which means they have yet to travel faster than 5mph despite being capable of going quicker.

‘Autonomous vehicles has the potential to improve customer experience’, the group behind the trial says on its website.

It could reshape whole shopping centres by replacing car parks with drop-off and pick-up zones for pods coming in from out of the centre, or for cars dropping off passengers who then get in to a pod to the shops.

‘The research project will broaden the UK’s knowledge of the impact of connected and autonomous vehicles and help inform the future direction of their development and implementation’, the team says. 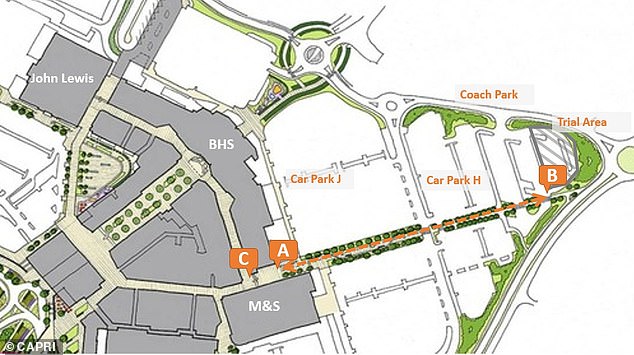 For the trial the pod will travel between the car park and the shopping centre. Researchers say pods could see drop off points for pods replace parking zones at shopping areas in future

The Capri consortium is a group of 17 companies and organisations working together to create a ‘complete autonomous pod solution’.

The groups involved include airports, universities, councils and the Queen Elizabeth Olympic Park where the first major trial took place.

Capri was given £35m by the Centre for Connected and Autonomous Vehicles, the government department setup to support driverless transport technologies.

The hope is that one day you’ll be able to call for a pod to turn up and take you somewhere, similar to an Uber.

There will be another, final trial at the Queen Elizabeth Olympic Park with a fleet of four pods capable of going from public roads to pedestrian areas.

The trial is on at The Mall at Cribbs Causeway until Sunday January 26th.