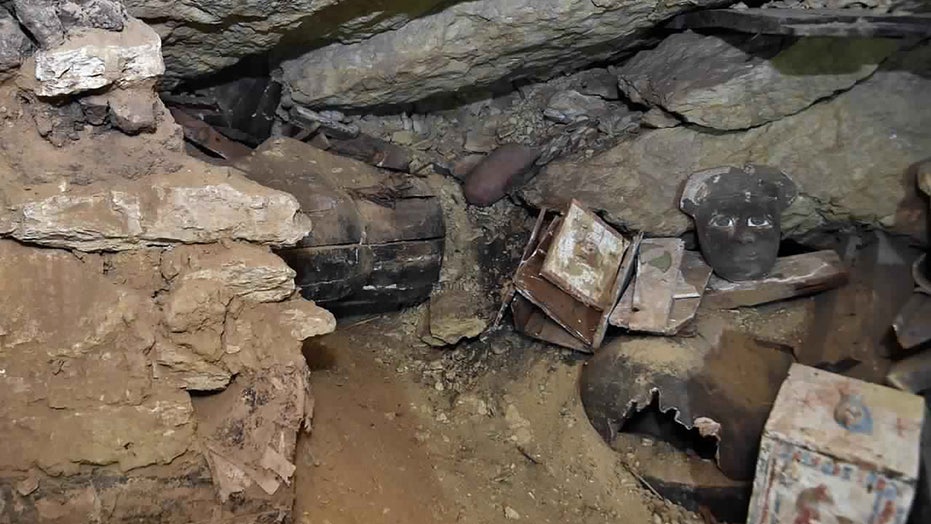 CAIRO – Egyptian archaeologists have unearthed another trove of ancient coffins in a vast necropolis south of Cairo, authorities said Monday.

The Tourism and Antiquities Ministry said in a statement that archaeologists found the collection of colorful, sealed sarcophagi buried more than 2,500 years ago at the Saqqara necropolis.

Mostafa Waziri, secretary-general of the Supreme Council of Antiquities, said more than 80 coffins were found.

IN MAJOR DISCOVERY, 59 ANCIENT COFFINS, CLOSED FOR MORE THAN 2,600 YEARS, REVEALED IN EGYPT 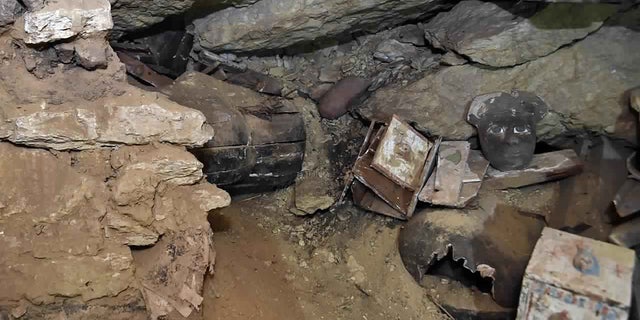 Details of the new discovery will be announced in a news conference at the famed Step Pyramid of Djoser, it said.

Egypt has sought to publicize its archaeological finds in an effort to revive its key tourism sector, which was badly hit by the turmoil that followed the 2011 uprising. 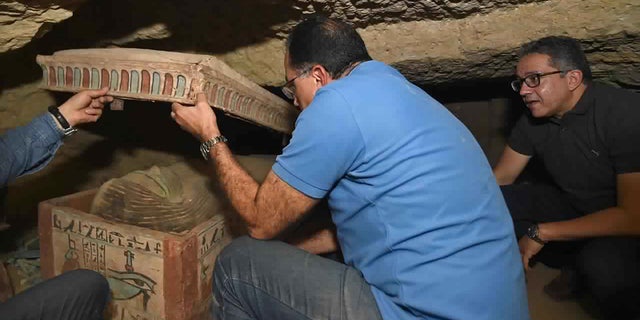 Egyptian Prime Minister Mustafa Madbouly, center, Egyptian Minister of Antiquities Khaled el-Anany, and archeologists open a sarcophagus unearthed in a vast necropolis south of Cairo in this undated photo.
(Ministry of Tourism and Antiquities via AP)

The sector was also dealt a further blow this year by the coronavirus pandemic.

Prime Minister Mustafa Madbouly and Tourism and Antiquities Minister Khalid el-Anany toured the area and inspected the new discovery, which came just over two weeks after the ministry revealed 59 sealed sarcophagi, with mummies inside most of them, in the same area of Saqqara.

The Saqqara site is part of the necropolis at Egypt’s ancient capital of Memphis that includes the famed Giza Pyramids, as well as smaller pyramids at Abu Sir, Dahshur, and Abu Ruwaysh.

The ruins of Memphis were designated a UNESCO World Heritage site in 1970s.

The plateau hosts at least 11 pyramids, including the Step Pyramid, along with hundreds of tombs of ancient officials and other sites that range from the 1st Dynasty (2920-2770 B.C.) to the Coptic period (395-642).

An, another, egypt, of, says, trove'
You may also like: