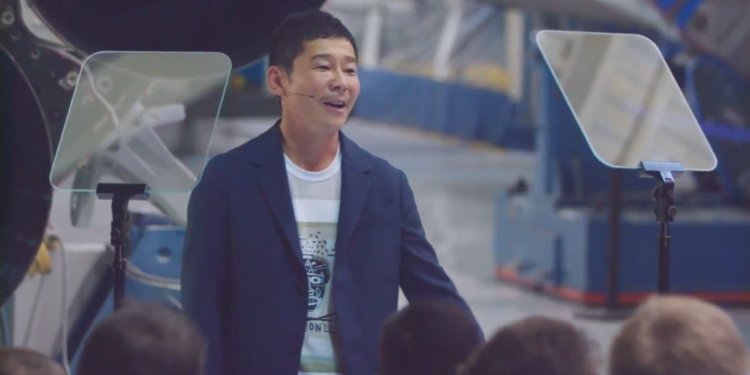 
HAWTHORNE, California — Elon Musk and his rocket company, SpaceX, have revealed who will fly their spaceship around the moon for the first time: a Japanese entrepreneur and billionaire named Yusaku Maezawa.

“Finally I can tell you that I choose to go to the moon!” Maezawa said during an announcement Monday evening.

Maezawa also revealed that he has purchased all seats on the first crewed flight of SpaceX’s Big Falcon Rocket— a new launch system that’s being designed to colonize Mars. Besides himself, Maezawa plans to select six to eight artists to accompany him on his journey around the moon. The artists have not yet been chosen, but part of the project will involve them creating work inspired by their lunar journey after they return to Earth.

“If you should hear from me, please say yes and accept my invitation. Please don’t say no,” Maezawa said.

SpaceX did not reveal how much Maezawa paid for the lunar flight, but said it was a significant sum and that he already made a down payment.

“He’s paying a lot of money that would help with the ship and its booster,” Musk said on Monday. “He’s ultimately paying for the average citizen to travel to other planets.” 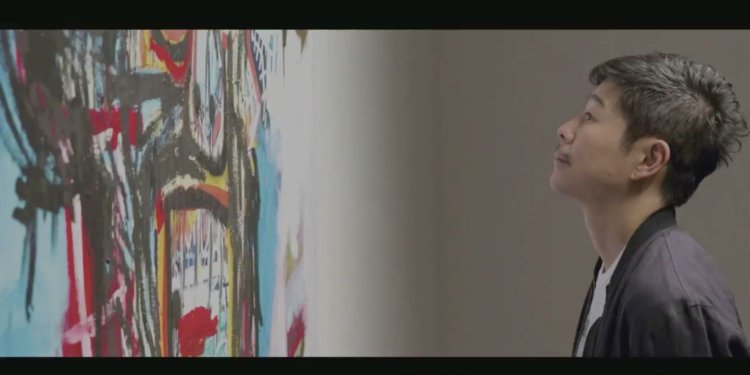 Maezawa was a skateboarder and drummer in his youth, and founded the custom fashion company Zozo 20 years ago. The billionaire made news last year when he spent $110 million on a 1982 painting by Jean-Michel Basquiat. He said that he was inspired to bring a group of renowned artists with him around the moon after thinking of the masterpieces Basquiat would have created had he flown through space.

If all goes according to plan, Maezawa and his artist crew may become the first-ever private lunar tourists in history. The mission is slated to launch as soon as 2023, though Musk said he can’t be sure about that timeline yet.

“This is going to be dangerous. This is no walk in the park,” Musk said. 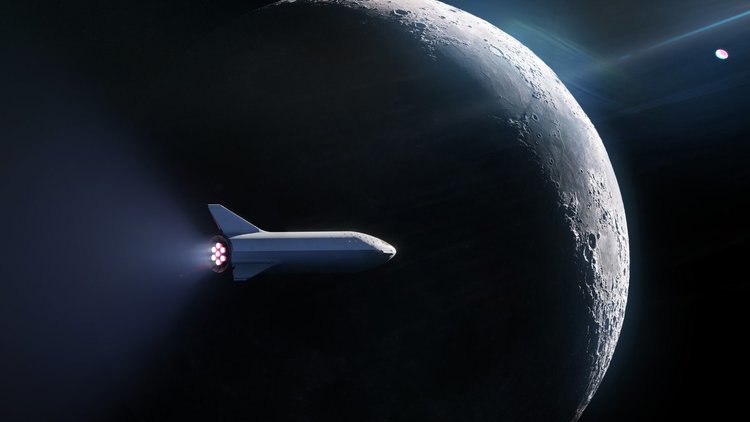 SpaceX’s rendering of a Big Falcon Rocket spaceship carrying a passenger around the moon.SpaceX/Twitter

Musk also revealed some major design changes to the BFR. Instead of standing 347 feet tall, it will be 387 feet tall. It will have front actuator fins, as well as three back wings that will function as its landing pads.

The system’s spaceship, which will ride atop a rocket booster, is expected to carry up to 100 people and 150 tons of supplies.

SpaceX is currently prototyping the spaceship and other BFR hardware inside a 20,000-square-foot tent at the Port of Los Angeles — at least until a much bigger permanent facility is completed. The first portion of the system has already been built, Musk said.

The project is incredibly ambitious and expensive — the total development costs for BFR are somewhere between $2 billion and $10 billion, Musk said.

“It’s hard to say what the development cost is,” he said. “I think it’s roughly $5 billion”

Prior to Monday’s announcement, Musk last publicly described the BFR and showed renderings of the system at the 2017 International Aeronautical Congress.

Although the design for the exterior has been altered since then, Musk said on Monday that SpaceX still only has “some concepts” for the interior of the ship.

“What is the most fun you can have in zero G?” Musk said when asked about the interior design. “We’ll do that”

Aerospace experts who follow Musk and SpaceX’s activities suggest that there could likely be more iterations of the BFR design before the company’s first lunar voyage lifts off the launch pad.

“I think it is really healthy to see this iterative change happening, because I believe we can assume it is based on actual development and simulation going on,” Greg Autry, the director of the Southern California Spaceflight Initiative, told Business Insider in an email before Musk’s announcement.

But Musk said “this is the final iteration in terms of broad architectural design.” 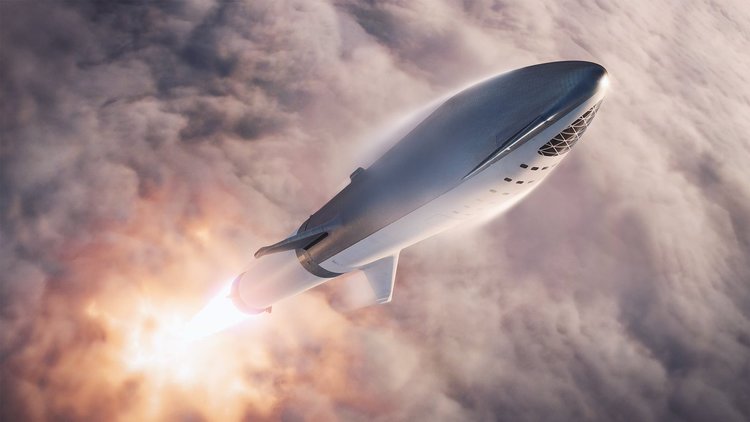 A Sept. 2018 rendering of SpaceX’s Big Falcon Rocket launching through the cloud tops and toward space.Elon Musk/SpaceX via Twitter

He added that SpaceX plans to shift a majority of the company’s engineering efforts towards BFR by the end of next year, and welcomes the growing competition in the private space race.

This story is developing. Please refresh this page for updates.