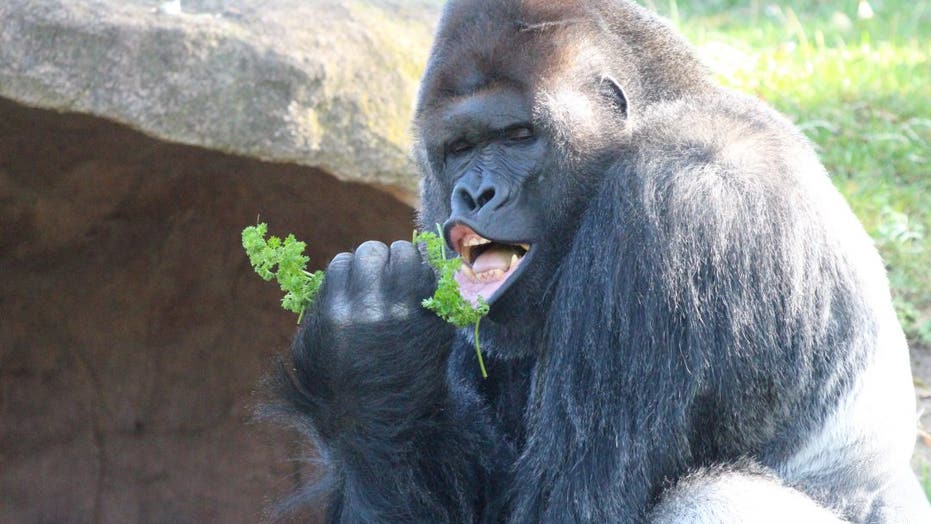 It looks like this gorilla just wants a "little less conversation, a little more action."

A gorilla at the Prague Zoo in the Czech Republic has gone viral after an amateur photographer captured an image of the massive mammal curling its lip reminiscent of Elvis Presley, while holding parsley like a microphone, British news agency SWNS reports.

“Richard is sitting in an outdoor enclosure and looks like he is singing for visitors who came to see him," Lucie Štěpničková told the news outlet. 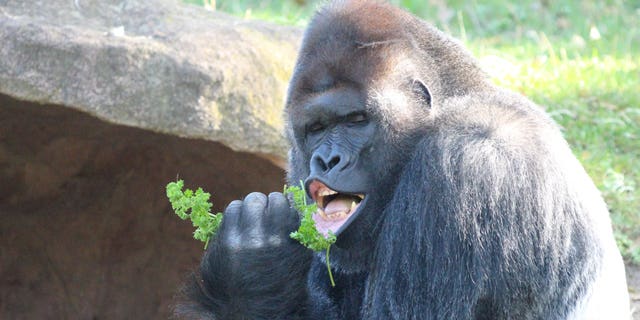 This is the moment that a photogenic gorilla, Richard, appears to sing into a microphone at Prague Zoo in the Czech Republic. (Credit: SWNS)

“At the same time, he eats parsley and looks very sexy," Štěpničková added.

The 33-year-old Štěpničková also recently took images of a pair of gorilla siblings cuddling and elephant siblings wrestling at the world-renowned zoo.

Gorillas are affectionate creatures, the Dian Fossey Gorilla Fund notes. These primates tend to show affection by grooming one another, helping "form and strengthen social bonds between individuals," the human equivalent of holding hands, the organization added.

Unlike chimpanzees, which are seen kissing, gorillas tend to be more "socially reserved," but have been spotted outwardly showing reassuring or embracing touches, according to PBS.

Pictures of a newborn western lowland gorilla recently went viral after its mother was spotted holding her offspring in her arms.

Curls, Elvis, gorilla, lip, Lives:
You may also like: