Just days ago, the Doomsday Clock’s big hand was pushed 20 seconds forward, placing the world just 100 seconds from complete devastation. Announced by the Bulletin of the Atomic Scientists, the statement cited nuclear war and climate change as “two simultaneous dire existential dangers” facing the world. Chillingly, a computer simulator from 1973 predicted this decline for humanity.

Dubbed “World One” the computer programme was developed by Jay Forrester, under the commission of the Club of Rome – a group of scientists concerned with Earth’s future – to map out how the world could sustain growth.

An ABC News reporter in 1973 explained: “It’s not some science fantasy effect from 2001, this electronic display abating from Australia’s largest computer is a picture of the condition past, present and future, of planet Earth.

“The programme was originally devised by a scientist working from the Massachusetts Institute of Technology, Jay Forrester.

“It was developed under the auspices of the Club of Rome by an MIT research team to present a complex model of the world and what we humans are doing to it. 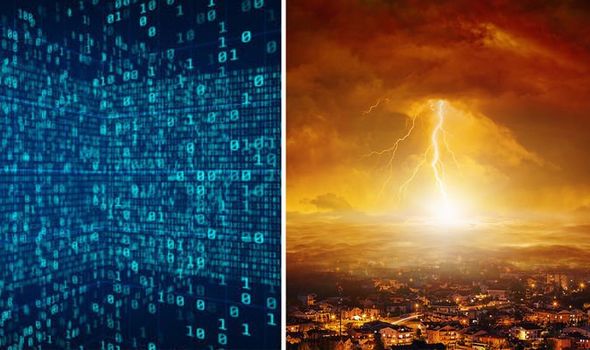 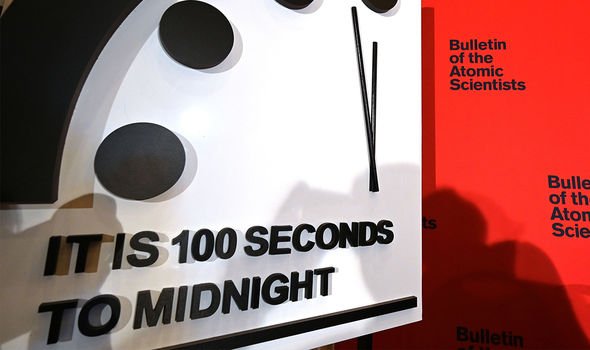 “The programme, called World One, doesn’t pretend to be a precise forecast, but, for the first time in history, it looks at the world as one system.

“It shows that Earth cannot sustain the present population and industrial growth for much more than a few decades.”

The reporter explained the different trends that the programme took into account.

He added: “Down the left-hand side of the graph is the dates 1900 right down to 2060 and each of these lines of letters represents a curve showing some aspect of the condition of the planet. 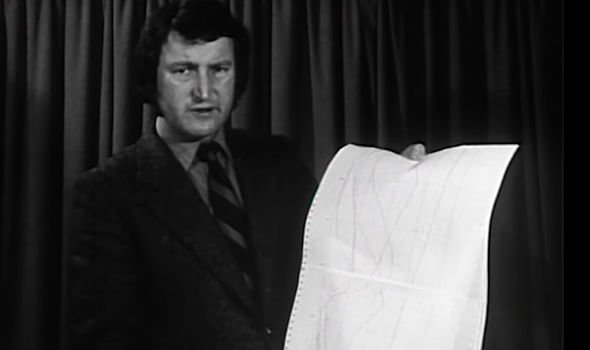 “The Q curve is quality of life, which increases rapidly up to 1940, but from 1940 on, the quality of life diminishes and here we are at the turn of the century, and we come to 2020 and it’s really come right back down.

“More people means that you start to chew up your supply of natural resources, and this is the curve here, the N curve that, slowly but steadily, the pool of natural wealth in the world is slowly diminishing.

“This is called the Z curve here and it represents pollution, now predictably enough, as population increases pollution increases, but from 1980 to 2020, pollution really takes off.”

The reporter revealed how things are not looking good for our current generation.

He continued: “So the year 2020, the conditions of the planet starts to become highly critical and, if we don’t do anything about it, this is what’s going to happen. 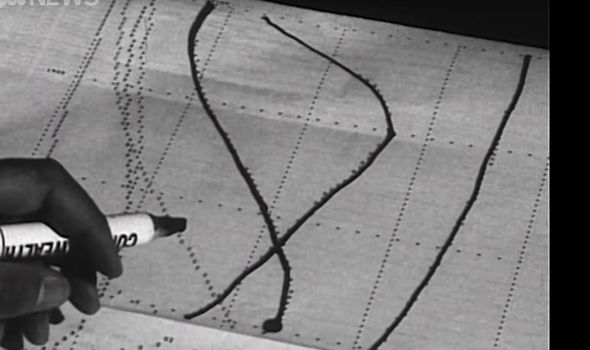 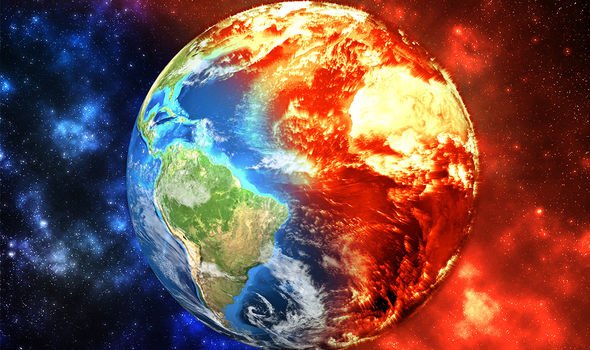 “The quality of life is going to go right back to practically zero, pollution so serious it will start to kill people, so the population will diminish less than it was in the year 1900.

The Intergovernmental Panel on Climate Change (IPCC) Fifth Assessment Report concluded in 2013: “It is extremely likely that human influence has been the dominant cause of the observed warming since the mid-20th century.”

A huge chunk of this can be attributed to the burning of greenhouse gases such as carbon dioxide, methane, and nitrous oxide.

The effects of global warming include rising sea levels, regional changes in precipitation, more frequent extreme weather events such as heatwaves, and expansion of deserts.

Overall, higher temperatures bring more rain and snowfall, but for some regions droughts and wildfires increase instead.