Follow
Home » Science » End of the world: How Nostradamus ‘confession’ for final Armageddon was discovered

End of the world: How Nostradamus ‘confession’ for final Armageddon was discovered

Nostradamus was a French astrologer, physician and foreseer, who is best known for his book “Les Propheties”, a collection of 942 poetic quatrains allegedly predicting future events published more than 500 years ago. In the years since the publication of his prophecies, Nostradamus has attracted many supporters, who credit him with having accurately predicted several major world events. Among some of the popular claims for predictions include the Great Fire of London, the French Revolution, the rises of Napoleon, Adolf Hitler, and Donald Trump, both world wars, and the nuclear destruction of Hiroshima and Nagasaki.

However, he may have predicted the end of the world, too.

The Science Channel’s “Nostradamus Decoded” claimed he made a reference to Armageddon in the preface of his famous text.

The narrator said in 2013: “Although he lived five centuries ago, Nostradamus claimed he could see well into the future.

“For all his vague language, those predictions point to the end of the world. 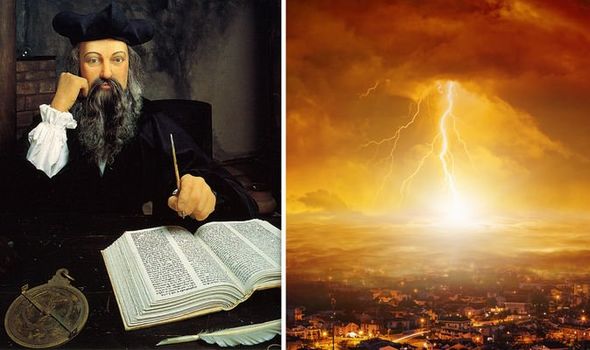 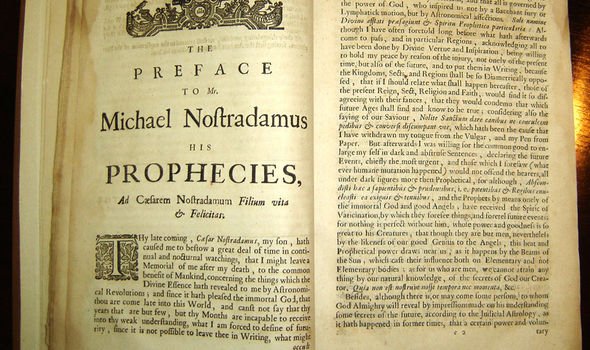 One of his rare, powerful predictions says the world is going to end almost 1,800 years from now

“The reference to the year 3797 is not coded in [the] quatrains, but is mentioned in the preface of his book of prophecies and its literal meaning is not a warning, but a confession.

“3797 could be a coded celestial reference considering Nostradamus’ frequent use of astrology and astronomy.”

Historian John Hogue went on to study more of the text and how this final doomsday might play out.

He said: “One of his rare, powerful predictions says the world is going to end almost 1,800 years from now when the Sun in a final conflagration devours the Earth, but Mars will continue its orbits in the year 3797.

“The volume of the Sun’s expansion is the same as Nostradamus’ description, except an astronomer would say it is happening many billions of years from now. 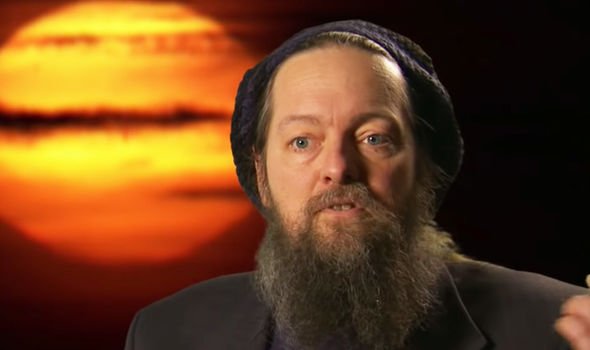 However, Douglas Kibbee, Professor of French history at the University of Illinois says there is a simple reason why this is not true.

He argued: “Nostradamus was giving his prophecies, he said they would be valid from the day that he wrote his preface, which was 1555, until the year 3797, he couldn’t see beyond that.

“That doesn’t mean that it’s the end of the world. 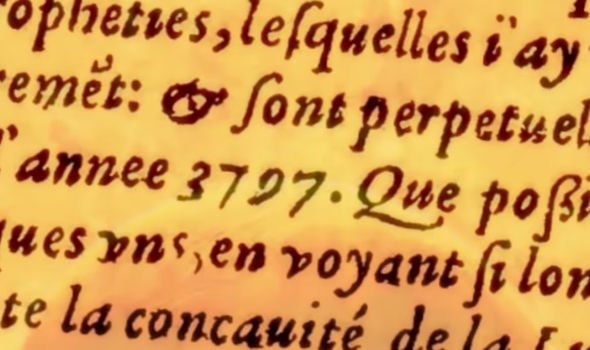 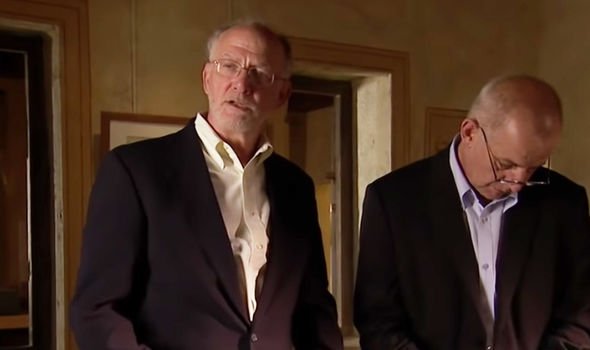 “It just means that it was as far as he could see.”

Most academic sources reject the notion that Nostradamus had any genuine supernatural prophetic abilities and maintain that the associations made between world events and Nostradamus’s quatrains are the result of misinterpretations.

These academics argue that Nostradamus’s predictions are characteristically vague, meaning they could be applied to virtually anything, and are useless for determining whether their author had any real prophetic powers.

They also point out that English translations of his quatrains are almost always of extremely poor quality, based on later manuscripts, produced by authors with little knowledge of 16th century French.

Some claim these translations are often deliberately mistranslated to make the prophecies fit whatever events the translator believed they were supposed to have predicted.